Shocking Images Show How Much Bacteria is Really On Your...

If you’re one of those people that never clean your phone, look away now.

A new study has discovered that your phone could be covered in ten times more bacteria than a toilet seat, and they’ve released the horrific images to go with those results.

Although the research revealed that there are shockingly high levels of bacteria, mould, and yeast all over our phones, screens are the worst culprits, along with the back of the handset and the lock button. 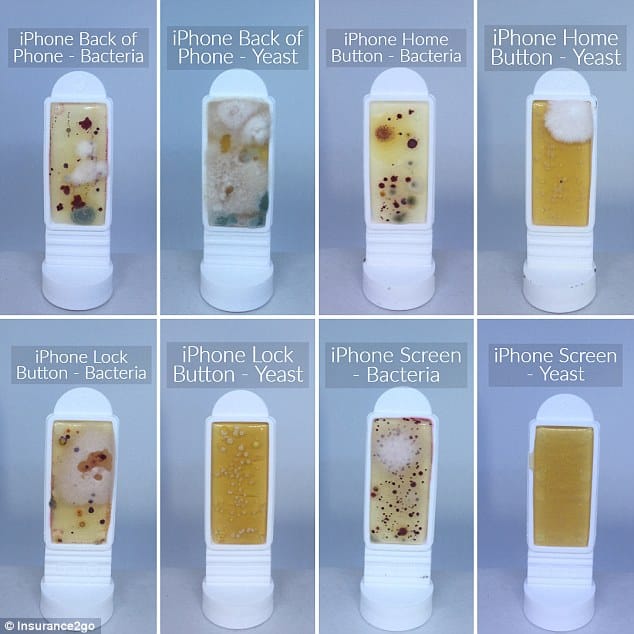 The survey was conducted by Insurance2go, after more than a third of people in the UK admit to not cleaning their phones.

Even out of those that do, one in 20 clean their handset less than once every six months.

For the study, researchers took swabs from an iPhone 6, Samsung Galaxy 8, and Google Pixel, to test for levels of yeast, bacteria, and mould. 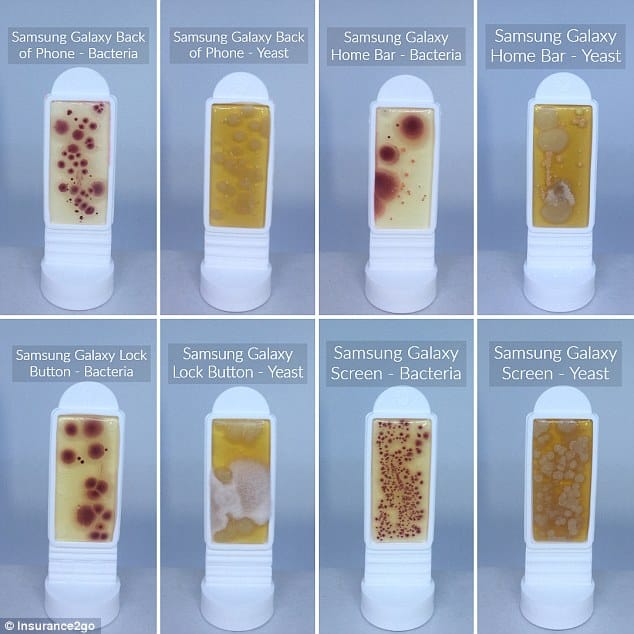 On all three phones, the screen had the highest levels of bacteria, more than the amount on an office keyboard and a toilet seat.

Gary Beeston, a spokesperson for Insurance2go, said of the research: “Our phones are never far from our sides; we take them everywhere with us. Therefore, it’s inevitable that they’ll pick up a few germs along the way.

“In our experiment we took the germs that are normally lurking on our phones invisibly, and placed them in ideal growing conditions to help people see the potential hidden germs. 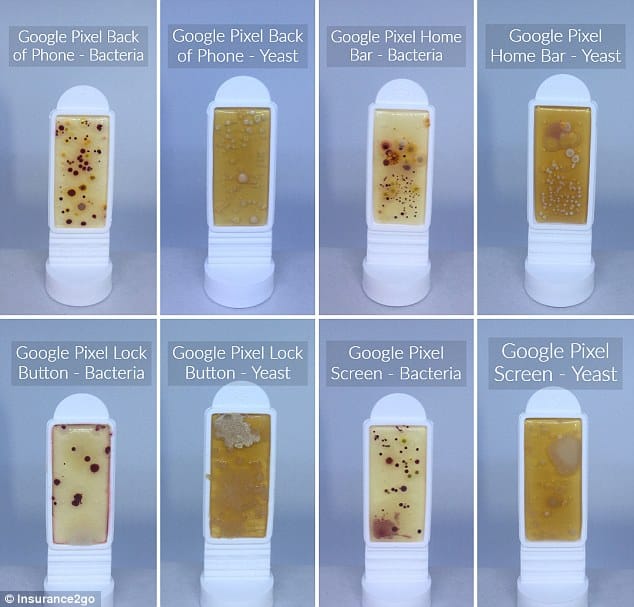 “Perhaps we don’t realise quite how infectious our phones can be considering we’re holding them against our faces.

“The three mobile screens we tested were almost four times as infectious as the next most infected feature, the back of the phone.”

So, clean that phone ASAP!

Clumsy People Will Love This Airbag Case For Your Phone