This 1912 Article’s Prediction is So Accurate the Internet Thinks...

We think of climate change as a fairly recent phenomenon, but this newspaper article from over 100 years ago shows otherwise.

Dating from 1912, the article from New Zealand newspaper The Rodney and Otamatea Times makes a terrifying prediction about global warming, proving that climate change has been a threat for at least a century.

Called ‘Coal Consumption Affecting Climate,’ the contents of the article almost sound like it could be written today.

“This tends to make the air a more effective blanket for the earth and to raise its temperature. The effect may be considerable in a few centuries.” 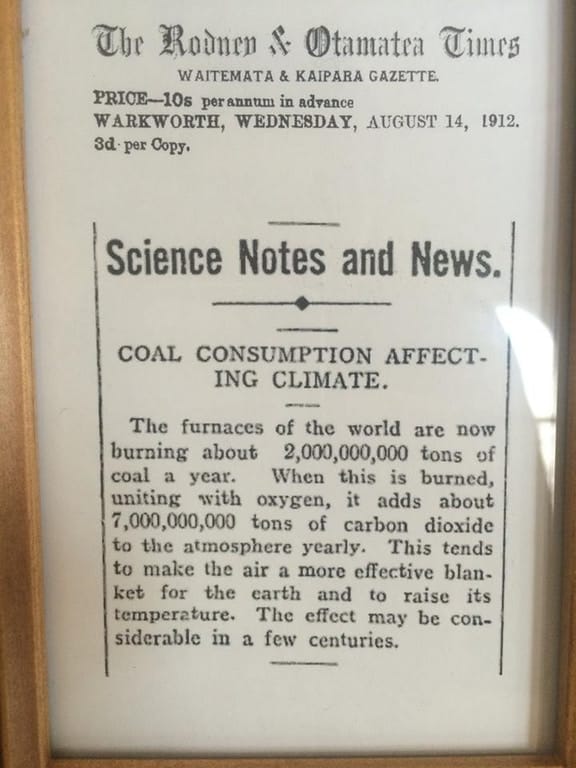 The article was so ahead of its time, people on social media immediately called it a hoax. But the fact-checking website Snopes investigated and confirmed it was 100% real.

The brief news item actually originated from a longer investigative piece on the topic, which was published in the March 1912 edition of Popular Mechanics. The article’s full title was ‘Remarkable Weather of 1911: The Effect of the Combustion of Coal on the Climate — What Scientists Predict for the Future.’

In fact, scientists were worrying about manmade global warming as far back as 1896, when Swedish scientist Svante Arrhenius first used the term “greenhouse gasses” in his paper ‘On the Influence of Carbonic Acid in the Air upon the Temperature of the Ground.’

So, maybe it’s time for us to stop debating whether global warming is real and actually do something about it.