A Scientologist Messaged the Wrong Number and the Text Thread...

Scientology is probably the most controversial religion going, which is saying something, considering everything that’s going on with the Catholic Church right now.

It’s also the easiest to mock, since their main belief system revolves around a Galactic Confederacy, an evil overlord called Xenu, and was founded by a science fiction writer in the 1950s.

Still, the religion has managed to rope in plenty of celebrities, most famously movie star Tom Cruise.

Nevertheless, in recent years Scientology’s membership has been in decline, apparently because they’ve failed to adapt to modern times.

In response, the organisation appears to have taken to texting to entice new followers (how 90s), at least according to this text thread from Tumblr user “Shelby.”

People who have previously taken Scientology’s free personality test are being contacted by the group, and of course, they’re being trolled. 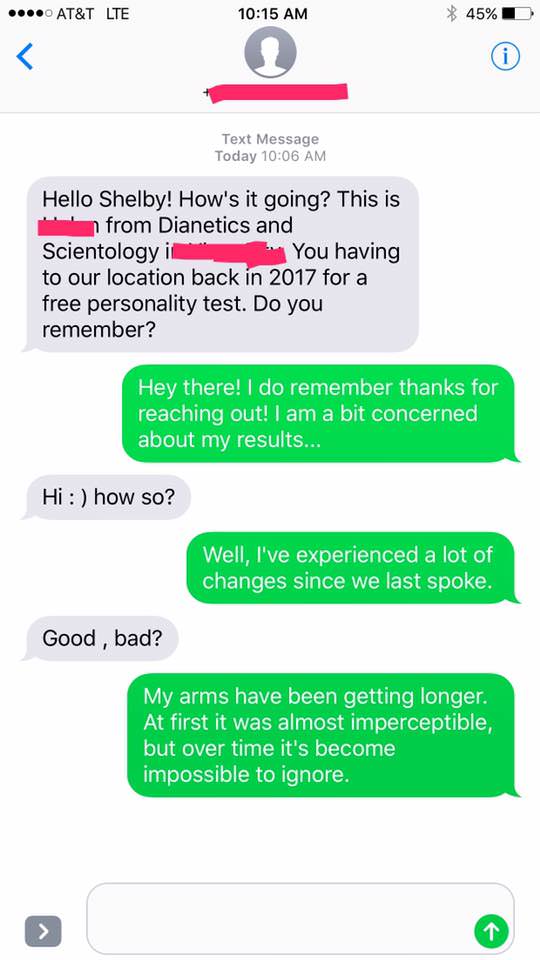 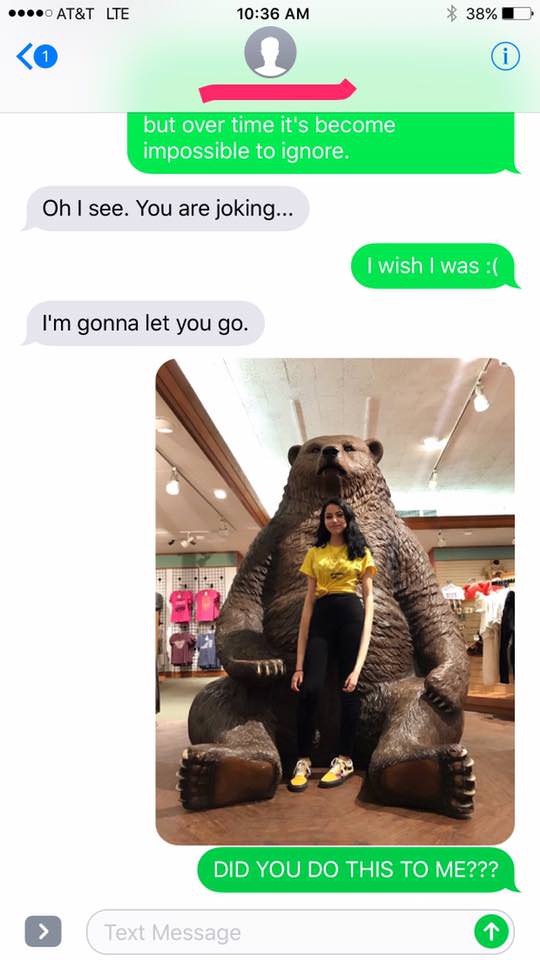 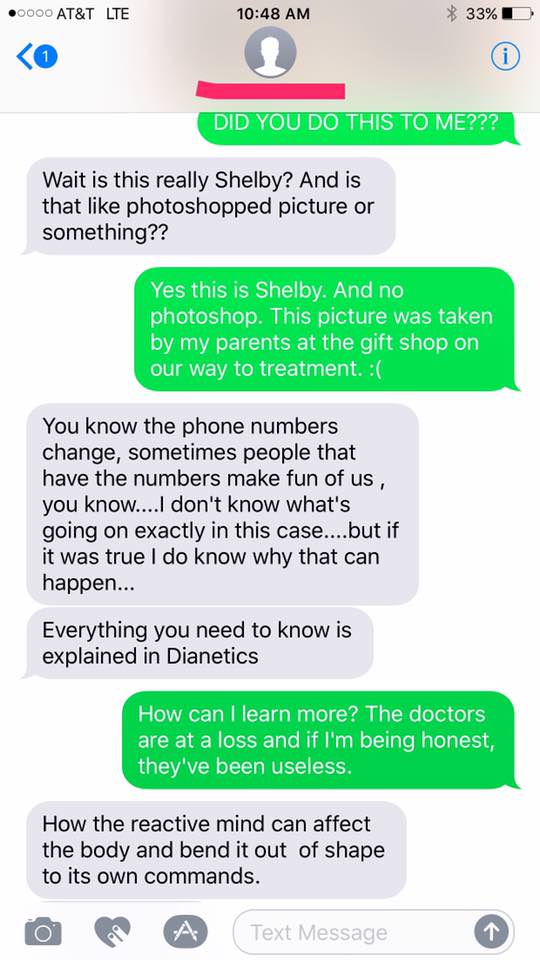 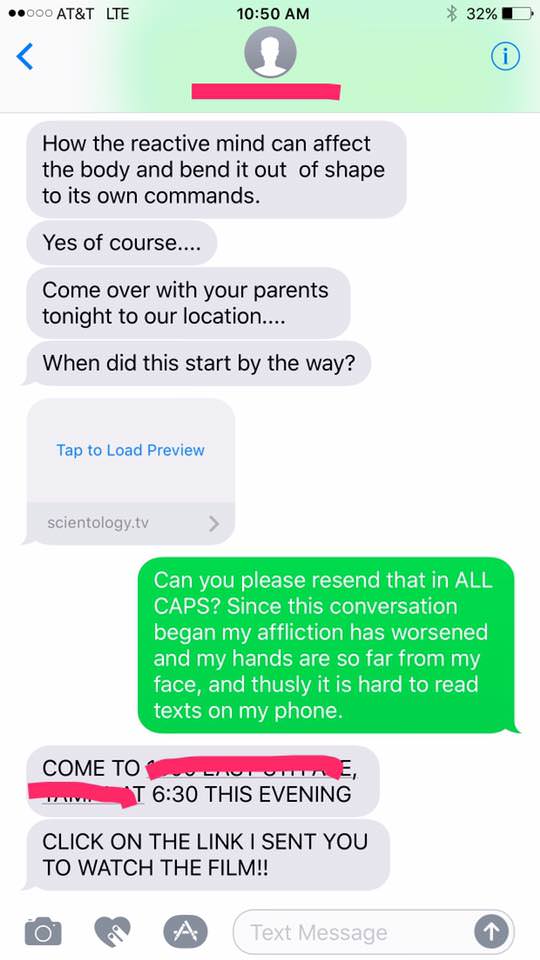 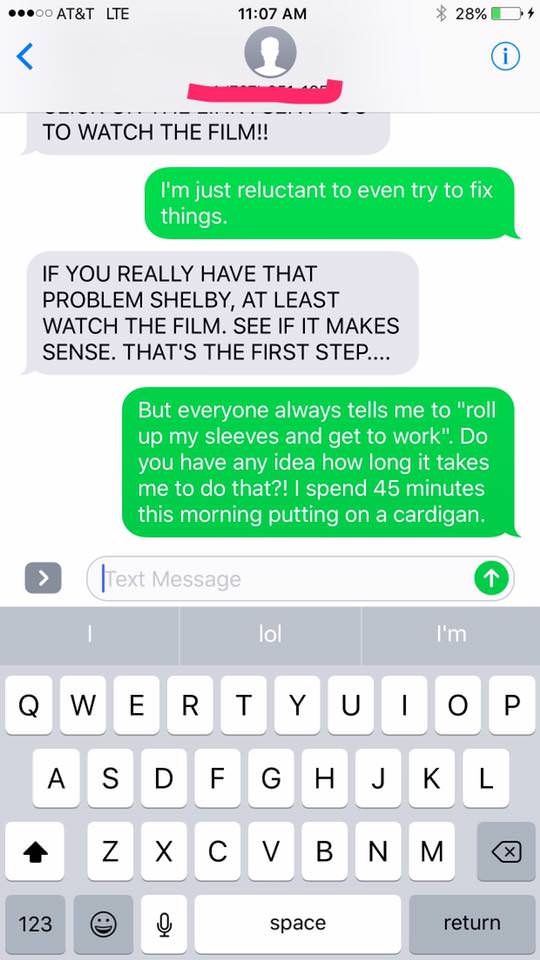