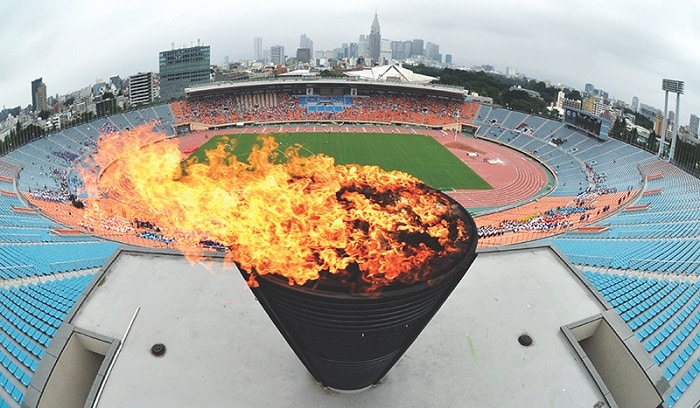 There are plenty of things to look forward to in the year 2020, it just might be the most visually clear year ever– get it? No? Okay. Anyway, that is the year when Japan will host the next Summer Olympics, a.k.a. Olympics. For that reason, Japan is getting ready as early as now, perhaps even in the thriftiest way ever.

You, see, the Japanese Government plans to make gold, silver, and bronze medals out of trash. To be more specific, electronic trash which has a lot of precious metal parts that can be recycled. That’s right, those proud Olympiads who have won boundless honors for their respective countries will be wearing what used to be garbage. But hey, if there is any country which can turn dirt into something precious, then Japan can’t go wrong, here’s an example if you are not convinced:

They literally turned dirt into beautiful objects, and they can probably do the same to broken and old electronic parts. Hence, the Japanese Government, particularly the Ministry of Environment, is now asking for used appliances and electronics so that any metals on them can be used to forge the Olympic medals. They also probably need a lot since there are thousands of athletes which need them.

As for how much they actually need, Japan requires around 50 kg. of gold, 4,900 kg. of silver, and 3,000 kg. of copper. They are actually facing a quota shortage problem right now with silver since it is the most needed metal and is also found in small quantities in electronics. As to why they only need 50 kg. of gold, that is because the gold medals in the Olympics are actually silver inside (shhh).

The world is devastated by the news that Britain’s Prince Philip, the Duke of Edinburgh, has died at the age of 99. Palace media confirms that the Duke has expired mid-day today, April 9th. The announcement did not contain any specifics on the cause of death. The United Kingdom will enter a state of national… END_OF_DOCUMENT_TOKEN_TO_BE_REPLACED

Who would have known that religious prophets would be among the most loyal supporters of former President Trump? In fact, it has been observed that the most conservative Christians may have been the right amount of push for Trump’s presidential win back in 2016. Since Trump’s election back in 2016, numerous self-proclaimed “prophets” have been… END_OF_DOCUMENT_TOKEN_TO_BE_REPLACED

President Biden falls and slips multiple times on the Airforce One Steps and PEOPLE ARE GOING CRAZY! What’s the big deal? Some people are hating, while others are making memes just for the fun of it. We are all human, aren’t we? Everyone’s expected to stumble some time in their lives. However, with the internet… END_OF_DOCUMENT_TOKEN_TO_BE_REPLACED