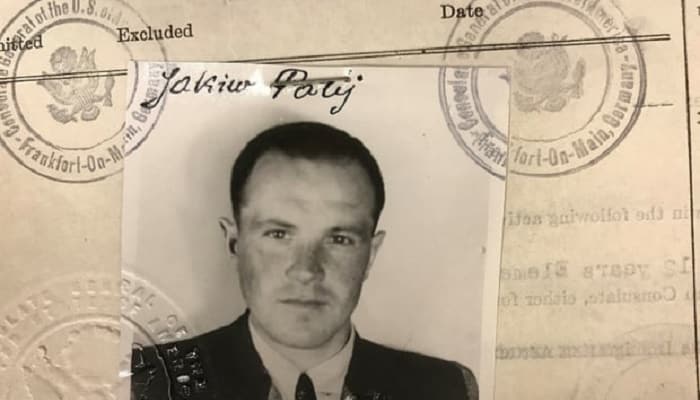 If you’ve read the news at all this week, you’ll have heard of Jakiw Palij. A former Nazi, this week Palij has finally been deported to his native Germany, ending a 15-year-long fight by New York City officials to get the 95-year-old out of the US.

What has not less widely reported, however, is that in a cruel twist of fate, Palij purchased his two-storey Jackson Heights home from unaware Holocaust survivors.

The son of the couple who sold Palij the Queens borough townhouse told The New York Post: “They would have been horrified.”

He also shared that if his father had known of Palij’s history, then “I don’t think [Palij] would have gotten out of that house alive.”

A member of the SS, Palij was a guard at the Trawniki concentration camp in Poland, where 6000 jews were killed during World War II. US officials say the camp contributed one of the largest body counts of the Holocaust.

Palij entered the US in 1949, lying to get in under the displaced person’s act designed to help refugees. He then happily settled in America with his wife and stayed under the radar. That was until investigators spotted his name on a roster Traw­niki-trained men in the 1980s.

Palij was stripped of his citizenship in 2003, and was originally meant to be deported in 2004, but as no country would take him the process has taken 14 years to complete.

Finally, Palij was arrested on Monday, and arrived back in Germany on Tuesday morning. However, he denies committing war crimes on the behalf of the Nazi Government.

But the the Department of Justice says he actively worked to uphold the Nazi regime.

In a statement, the DOJ said: “By helping to prevent the escape of these prisoners during his service at Trawniki, Palij played an indispensable role in ensuring that they later met their tragic fate at the hands of the Nazis.”

Unfortunately, the son of Holocaust survivors who sold Palij the house said the deportation was “50 years too late.”

Punching Nazis Is So Patriotic Captain America Was Born for It

Einstein Letter On Rise Of The Nazis Sells For $30,250 At Auction

The US arms sale industry is large and successful. More than 30% of exported weapons in the world come from the United States. They supply to no less than 90 nations making it one of the largest suppliers of weapons in the world. The US makes an estimate of almost 200 Billion dollars in annual… END_OF_DOCUMENT_TOKEN_TO_BE_REPLACED

Now that the election results are almost final, we all want to ask what’s going to happen to Donald Trump after leaving the office? All US Presidents inevitably reach the point where they leave the White House.  Besides, the constitution states that all US Presidents are subject to a two-term limit. What do former presidents… END_OF_DOCUMENT_TOKEN_TO_BE_REPLACED

This is the first time in modern history that the US held presidential elections in the middle of a pandemic. In truth, the US elections may have overshadowed COVID-19 and the side effects are limitless. America is facing a tough crisis of discontentment with the current administration. An understandable case but a situation that may… END_OF_DOCUMENT_TOKEN_TO_BE_REPLACED