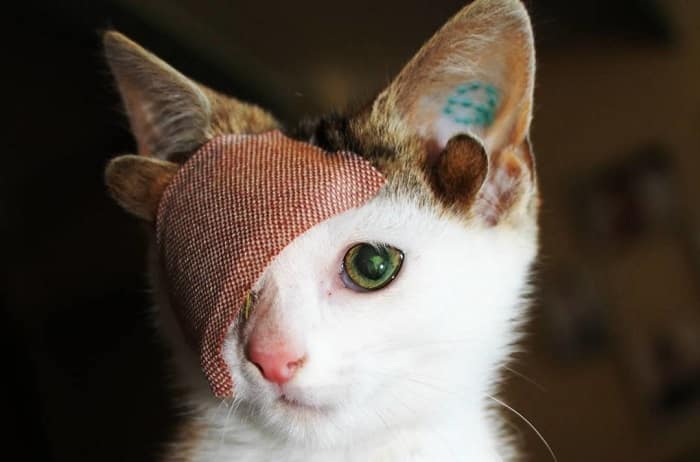 Good boys are usually reserved for dogs for being well-behaved and being instrumental to humanity’s success. However, there are exceptions for other species. A cat, second to dogs as the cutest animals ever has also proven that they deserve to be called good boys too, even if they keep trying to enslave the human race.

One Australian cat named Frankie or Frank certainly deserves to be called a good boy. Unlike other cats, Frank is special because he only has one eye and four ears when he was rescued by the Geelong Animal Welfare Society. Frank was born with such defects, but nevertheless, he persevered and did not give up, becoming a good model cat along the way.

As for Frank’s extra pair of ears, they do not exactly double as ears. Rather, they are just extra skins, but still a birth defect. That means Frank has no enhanced cat hearing, contrary to what his looks may suggest. As for his eye, Frank actually had both of them as a kitten, but the one on the right was deformed to a fault and had to be surgically removed.

Hence, he earned the name Frankenkitten but went on to prove that he is more than that.

Trump is the First American President who gets impeached for the second time. Trump’s second impeachment became a trending topic on Twitter after the terrifying terrorist attack on Capitol Hill on the 6th of January. Twitter is at it again, being flooded with memes and Twitter jokes surrounding Trump’s second impeachment trial. Americans are trying to… END_OF_DOCUMENT_TOKEN_TO_BE_REPLACED

Twitter thoughts about the Capitol Riots posted by millions of Americans on the platform is a great read. Readers always get to see the two sides of a story. They get to learn what truly happened, what is the current development on the situation, and more. In this case, humor is always an easy defense. Many… END_OF_DOCUMENT_TOKEN_TO_BE_REPLACED