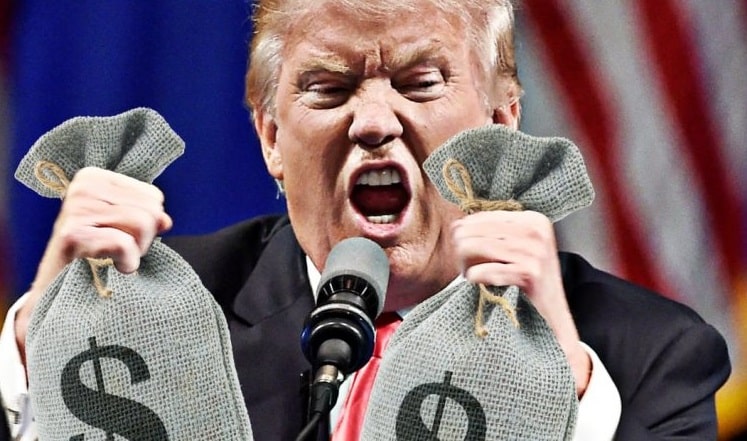 These past few days have been regarded as the worst day ever (or yet) for the Trump administration. Paul Manafort, Trump’s ex-campaign manager has pleaded guilty to bribery among other charges, acting on Trump’s behest. Hence, the president is now on defense mode, making claims as bold as the “stock market will crash and everyone will be poor” if he ever gets impeached.


In an interview with Fox & Friends just this morning, Trump stated that “I’ll tell you what, if I ever got impeached, I think the market would crash. I think everybody would be very poor, because, without this thinking, you would see numbers that you wouldn’t believe, in reverse.” Seemingly as a warning to his enemies and his critics who would love to see him off the office.

President @realDonaldTrump: “I don’t know how you can impeach somebody who’s done a great job.” pic.twitter.com/3BZNpSzish

However, people are probably used to Trump’s post-truth and alternative facts by now. So whatever he said really does not carry any weight or merit in reality. This case has been proven, thanks to a couple of economic analysts and stock market experts. In fact, ever since the Manafort incident, stocks have seen nothing but minor fluctuations. Some stocks even had modest gains just today, despite the political turmoil.

.@ainsleyearhardt: “What grade do you give yourself so far?”

President @realDonaldTrump: “So I give myself an A+.” pic.twitter.com/eI2BcOHiFQ

Moreover, if the U.S.-China trade war, initiated by Trump, was to cool down, then the stock market would even improve, according to economic analyst Greg Valliere. That only means that Trump’s impeachment would do the stock market good, meaning an overall positive effect on the economy. Rest assured, politics will have little to no impact on the stock market, and Trump is probably just being his usual self this morning.

Just this week, lawmakers approved a bill establishing the District of Columbia (D.C.) as the 51st state of the United States of America. This is after multiple calls and protests from the citizens to finally consider D.C. as a state.  However, the bill is not out of the woods yet as it faces multiple oppositions… END_OF_DOCUMENT_TOKEN_TO_BE_REPLACED

John Bolton’s new book entitled ‘The Room Where it Happened’ had been stirring up quite the attention since it was announced for release last week. Officially released only June 23, the new book seems to threaten the Trump administration as there had been moves to get it unpublished. The request was later on turned down… END_OF_DOCUMENT_TOKEN_TO_BE_REPLACED

Learning about the Juneteenth Holiday The Juneteenth holiday, celebrated every 19th of June, is a commemoration of the liberation of enslaved African-Americans in the United States. It was on the 19th of June 1865 when Union Army General Gordon Granger announced General Order No. 3 in Galveston, Texas officially emancipating slaves in the entire state.… END_OF_DOCUMENT_TOKEN_TO_BE_REPLACED