Kelly Marie Tran is Owning Her Vietnamese Name in the...

Kelly Marie Tran is a groundbreaker. The first actress of colour to play a lead character in the Star Wars franchise and the first Asian to appear on the cover of Vanity Fair, she breaking barriers in an industry not known for its inclusivity.

Still, despite Star Wars: The Last Jedi being both critically acclaimed and a box office smash, some “fans” took a dislike to Tran’s character – rebel mechanic Rose Tico – and responded by harrassing the 29-year-old on social media. After a year of racist and sexist abuse, in June the actress deleted all of her posts on Instagram, leaving just her profile photo and an apt bio that read “Afraid, but doing it anyway.”

She has not posted anything since, but today Tran addressed her decision to leave social media. Penning an op-ed for The New York Times, the star discussed the racism thrown at her as a child, and how the trolls behaviour caused the pain resurface.

She wrote: “Their words reinforced a narrative I had heard my whole life: that I was ‘other’, that I didn’t belong, that I wasn’t good enough, simply because I wasn’t like them.

“I believed those words, those stories, carefully crafted by a society that was built to uphold the power of one type of person – one sex, one skin tone, one existence. 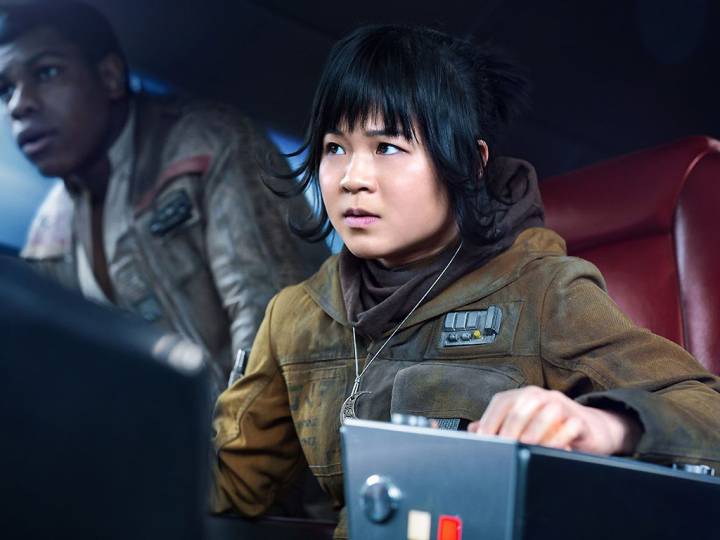 “The abuse awakened something deep inside me – a feeling I thought I had grown out of. The same feeling I had when at nine, I stopped speaking Vietnamese altogether because I was tired of hearing other kids mock me.”

But Tran she refuses to the let the online trolls or the bullies of her childhood bring her down any longer.

“I want to live in a world where people of all races, religions, socio-economic classes, sexual orientations, gender identities and abilities are seen as what they have always been: human beings.”

This includes embracing her true Vietnamese name of Loan. As a child, Tran and her family felt forced to adopt Western names to fit with American culture, a decision she says: “still has me aching to the core.”

She concluded the inspiring piece with: “My real name is Loan. And I am just getting started.”