The world recognizes Omarosa Manigault Newman as the reality star that once played the villain on Donald Trump’s show, “The Apprentice.” Her career remained mostly within the confines of the boob tube until Trump wound up in the White House and decided she’d make a great aide. Apparently, a few television appearances are all the requirements needed to get into politics these days. Just as Omarosa was fired by Trump on TV, she was also fired by him in the Oval Office, and like the numerous other White House aides and officials Trump has let go, she took this as an opportunity to make bank. She wrote a tell-all book titled “Unhinged: An Insider’s Account of the Trump White House” and some of the content has been causing quite the stir. Here are a few juicy tidbits from Omarosa’s tell-all book on her time working with Trump.

1. Omarosa Coached Trump On How To Be Around Black People 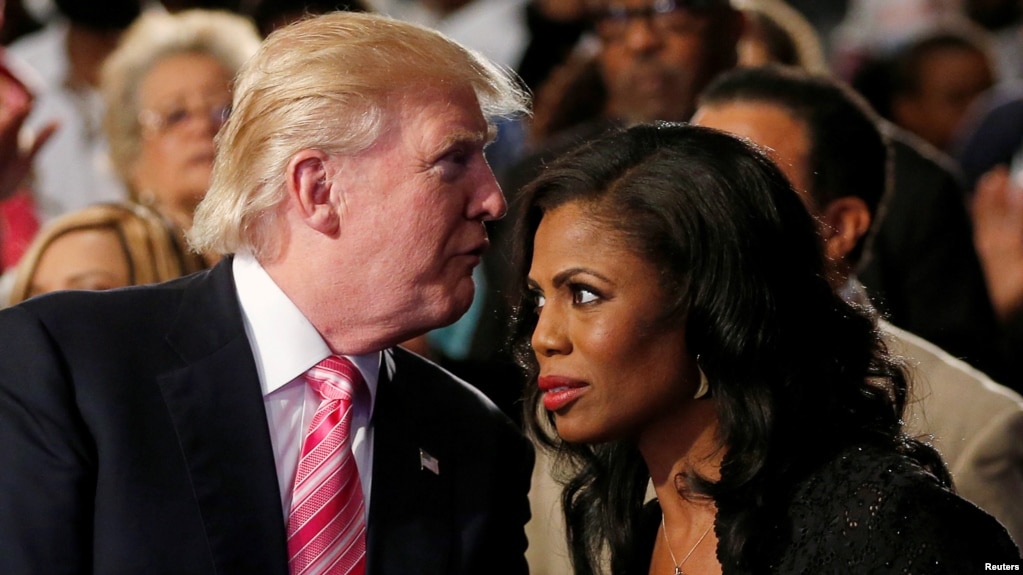 Omarosa had arranged for Trump to speak at the Great Faith Ministries Church in Detroit, which is a predominantly black church. Her book accuses Trump of feeling uncomfortable at the event, and asking Omarosa not to leave him alone with “these people.” However, he was overly-confident during their preparation for the event. According to Omarosa, she spent time working with Trump on his speech so that he didn’t make a fool of himself saying, “I got it. Don’t worry. The blacks love me!” Part of her coaching included informing him not to say “you people,” but apparently our darling president didn’t understand why this was offensive.

After the Trump administration decided to keep Andrew Jackson on the $20 bill, Omarosa sent a memo asking Trump to reconsider. Included in the memo was a sample of Harriet Tubman on the bill, which had been proposed during the Obama administration. According to Omarosa’s book, Trump’s reaction wasn’t exactly one to be proud of. She wrote,

“While flipping through the folder, he came to the picture of Tubman, the woman who personally brought more than three hundred slaves to freedom, risking her own life every time, and said to me, ‘You want to put that face on the twenty-dollar bill?'”

Perhaps he doesn’t realize that he himself has a face that only a mother or a gold-digger could love. 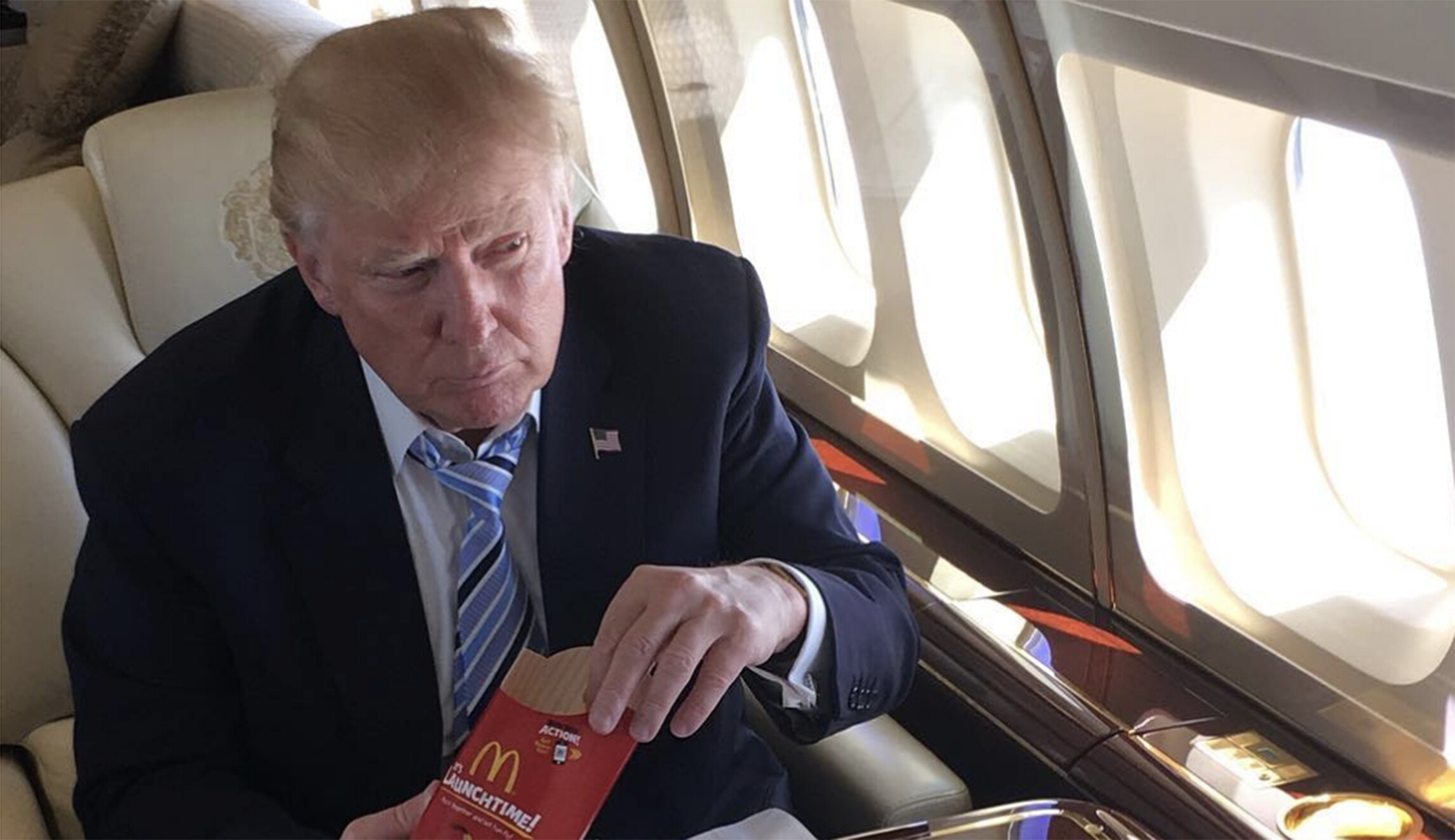 Apparently, the Presidential Records Act requires that any record created by the president or vice president be kept and preserved as part of the presidential public records. There are even staffers in charge of taping anything back together that Trump tears up, a habit he is known to have around the White House. Omarosa mentions one particular example of just how far the president will go to keep his shady ways on the DL.

“I guess they didn’t know that he would pocket sensitive notes or that once, after a meeting in the Oval with Michael Cohen, I saw him put a note in his mouth. Since Trump was ever the germaphobe, I was shocked he appeared to be chewing and swallowing the paper. It must have been something very, very sensitive.”

At least it sounds like his diet is getting healthier from his McDonalds days!

Even though this is old news, it’s one of the few times an insider has dared to voice their opinion on Trump’s awkward relationship with his daughter Ivanka. It’s clear that Ivanka is his favorite daughter and likely his favorite child altogether, and he likes to express that by putting his hands all over her. Omarosa mentions how their relationship skeeved her out in her book, and her words creep you out, to say the least.

“As long as I’d known Trump, I’d observed the way he hugs, touches, and kisses Ivanka; the way she calls him Daddy. In my opinion, based on my observations, their relationship goes right up to the line of appropriate father/daughter behavior and jumps right over it. I believe he covets his daughter. It’s uncomfortable to watch them.” Not-so-shockingly, Trump has been accused of dropping the N-word on numerous occasions. I don’t know why this little tidbit has made headlines, as the president has made it more than clear that he has no respect for people of color. Him using the N-word shouldn’t be surprising. Anyway, Omarosa wrote in her book that she had been told by three separate sources that not only did Trump drop this racial slur numerous times while filming “The Apprentice,” but it was all caught on camera. During the time of the book release Omarosa claims to have never heard these tapes, however, she has since made claims that she has.

6. Trump Didn’t Want To Be Sworn In On The Bible

“He asked me, ‘Omarosa, what do you think about me getting sworn in on The Art of the Deal?’

‘Yeah. The Art of the Deal is a bestseller! It’s the greatest business book of all time. It’s how I’m going to make great deals for the country. Just think how many copies I’d sell — maybe a commemorative inauguration copy?!’

‘I know you’re not going to be a traditional president, but that’s just too crazy. Whatever you do, don’t repeat that idea to anybody else,’ I said. We laughed. He wanted me to believe he was kidding.”

Having worked with Trump in the past, Omarosa noticed a change in his mental state, claiming she thought there might have been a certain amount of deterioration. She recalled how his memory would fail him from day to day and how she was met with frustration going over bullet points of a speech for him as the information simply wasn’t clicking. Omarosa even compared Trump to Ronald Reagan, stating that Trump might be mentally impaired in some way and using his team to cover it up. It wasn’t until Trump’s interview with NBC’s Lester Holt where he announced that he fired FBI Director James Comey that Omarosa felt her concern was being validated.

“While watching that interview, I realized that something real and serious was going on in Donald’s brain. His mental decline could not be denied. Many in the White House didn’t notice it as keenly as I did because I knew him way back when. They thought Trump was being Trump, off the cuff. But I knew something wasn’t right.”

For more juicy tidbits from Omarosa’s tell-all book, you’ll just have to read it for yourself! Buy it on Amazon here.