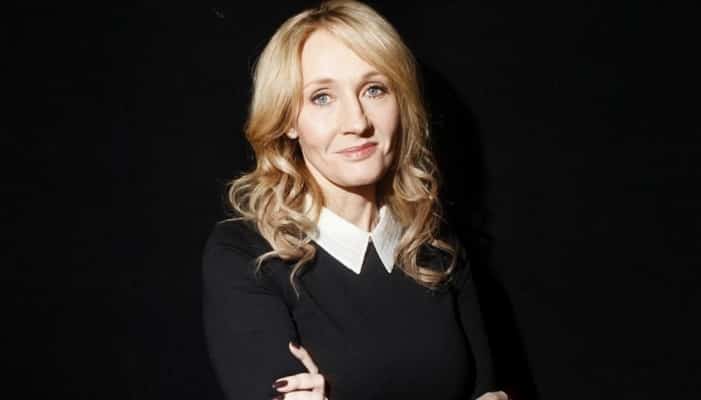 As the President of the United States, Donald Trump gets plenty of retweets, but one in particular is getting the internet’s attention. On Sunday, Trump lamented “fake news” on Twitter, referencing The New York Times story that White House Counsel Don Mcgahn was assisting with Robert Mueller’s Russia probe.

Now, J.K. Rowling has tweaked Trump’s latest Twitter tirade, and the end result is making the internet laugh out loud.

I do’nt care what Kids at School call me because they are all Disgusting Fake Losers and my Real Friends go to a diffrent Scool you haven’t heard of and they think Im the Coolest and Smartest and we go to parties and I don’t have to tell you there Names for this to be True. pic.twitter.com/vTXm13DShu

With the update more closely resembling the handiwork of a five-year-old than the grown-man Trump is supposed to be, it’s pretty clear what point Rowling was trying to make. Although, the Harry Potter writer has been a long-time critic of Trump.

In July, Rowling tweeted a quote from Lewis Carroll’s 1871 novel ‘Through The Looking-Glass’ to the 72-year-old, after the President’s infamous “collusion is not a crime” post.

‘Contrariwise,’ continued Tweedledee, ‘if it was so, it might be; and if it were so, it would be; but as it isn’t, it ain’t. That’s logic.’

Rowling has been politically active for many years, and uses Twitter to connect with her fans and to champion various causes. In the past she has used the platform to speak out against homophobia and racism, and to answer fan queries about the HP universe.

The Blood Test, The Swab Test, and The Saliva Test      Essentially, there are three general types of COVID-19 testing produced so far. One is the rapid test, the second is the saliva test and the other is the swab test. The rapid test (also known as the anti-body test) uses blood samples. The swab test… END_OF_DOCUMENT_TOKEN_TO_BE_REPLACED

The COVID-19 pandemic is one of the biggest modern pandemics known in history. Currently, there are more than five million confirmed cases in the world, with a total of 333,000 deaths. A total of 1.6 million of these confirmed cases are in the US alone. The world is currently in a race of finding a… END_OF_DOCUMENT_TOKEN_TO_BE_REPLACED

Despite concrete data and research, people’s opinions will always be diverse when it comes to a variety of topics including religion, politics, gender, and more. Denial is a common reaction to many important discussions and serious world events. The COVID-19 pandemic does not differ from any issues and is subject to opinions from critiques all… END_OF_DOCUMENT_TOKEN_TO_BE_REPLACED

Back in January, when the Wuhan, China coronavirus broke out, it didn’t make it to the front page of newspapers, in print or virtual form. Today, January feels like a lifetime away. Like it or not, people around the world have adapted to the new normal – staying at home, frequent hand washing, and social… END_OF_DOCUMENT_TOKEN_TO_BE_REPLACED

Since the beginning of the year 2020, the whole world has been stupefied by the rapid spread of a deadly coronavirus known as COVID-19. World superpowers in the West were unable to prevent the virus from reaching their borders. Because of this fact, the novel coronavirus COVID-19 became a world-wide pandemic no less than three… END_OF_DOCUMENT_TOKEN_TO_BE_REPLACED

For months since the start of 2020, the attention of the world has focused on immediate response efforts to contain and combat the novel coronavirus, also known as COVID-19. The deadly virus has pushed millions of people into isolation.  This kept people in their homes for weeks and months away from their work, their friends,… END_OF_DOCUMENT_TOKEN_TO_BE_REPLACED