Senate Affirms: Press Is Not Enemy Of The People, Because...

We’ve all heard it so many times by now that it’s lost its meaning:

Initially, the  popularization of the term “fake news” referred to legitimate fake news: i.e., fictional clickbait stories meant to manipulate gullible individuals into boosting the posts’ visibility through reshares. This type of fake news story most commonly involved outrageous stories about go-to Democratic bogeymen — most especially Hillary Clinton. Ultra-rightwing conservative groups on Facebook shared the most fake clickbait by a significant amount, a phenomenon popularly speculated to have contributed to the election of Donald Trump.

Since then, the President has seized upon the term “Fake News,” reinventing it to mean any story that is unfavorable to him. And since much of the news looks unfavorably upon a president eternally entrenched in endless scandals, Trump decries “Fake News” so often that he has dubbed the press itself “the Enemy of the People.”

However, the Senate moved relatively quickly to declare that, no, it is not the news media that is the people’s enemy.

Rather, it is obviously the archdemon called Alastor, the cruelest and most depraved of Hell’s torturers.

In a unanimous vote, the Senate passed a resolution which declared “the press is not the enemy of the people.” Indeed, the resolution put forward by Hawaii’s Senator Brian Schatz (D), called the free press “integral to the democratic foundations of the United States” and condemned any attack on its sanctity. Furthermore, he alluded to any such erosion of the press’s freedom as an act of dictatorship.

The resolution continues: “Besides, how can we even call the press our enemy, when the true enemy rests in the darkest shadows? He stares at you from the briefest flicker of flame? With sharpened knives and ghoulish eyes, we must all know that the archdemon Alastor is humanity’s greatest foe?”

Known as the evil spirit of vengeance, Alastor famously never forgets his grudges. 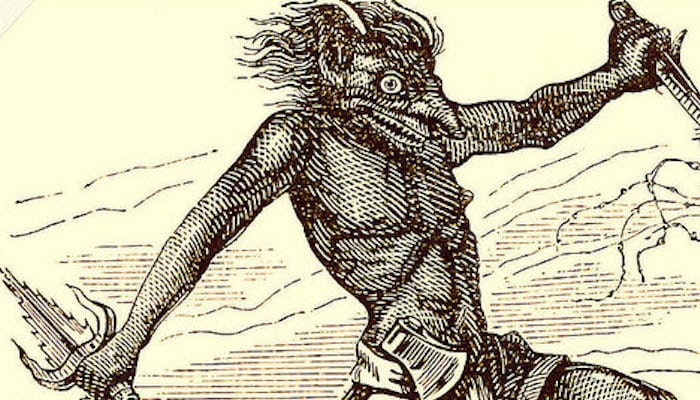 Schatz warns all Americans not to anger the prickly demon, as he is Satan’s chief executioner. The demon crafted in smoldering ash of forbidden fires loves nothing more than to possess humans, or compel them to murder.

“We know our enemy,” Schatz writes in a postscript of his resolution. “How can we waste our time demonizing CNN? Sure, they can be annoying sometimes. But they’re harmless. You know what’s not harmless? Being dragged into Alastor’s ungodly inferno within the deepest pit of Hell, scorched and tormented until the end of time itself, whenever that might be. That’s not harmless at all.”

Known in both Greek and Christian mythologies for his insatiable bloodlust, Alastor has struck fear in the hearts of humans for centuries — far longer than Jim Acosta has.

The Demon’s Weakness, And Its Power To Compel

Since Trump’s crusade against the press, over 70 news organizations joined together to produce a unified rallying cry against Trump’s attempted tyranny. This is similar to how humans ward off Alastor by playing Beyonce’s cover of “Ave Maria” at a loud volume. As one of Satan’s foremost henchmen, one of the archdemon’s biggest weaknesses is the sound of an angel’s song.

Washington Post columnist Kathleen Parker wrote, “For all of us ink-stained wretches, the hate mail is more vicious than ever. The death threats more frequent.”

Many fear that Trump is stirring up his followers into a frenzy. He weaponizes their unyielding trust, turning it against the news media working tirelessly to expose his criminal behavior. Thus, stories shedding light on his wrongdoing and missteps — particularly when it comes to Russia — do not educate his supporters. Rather, the stories anger them, fortifying their victim complex. 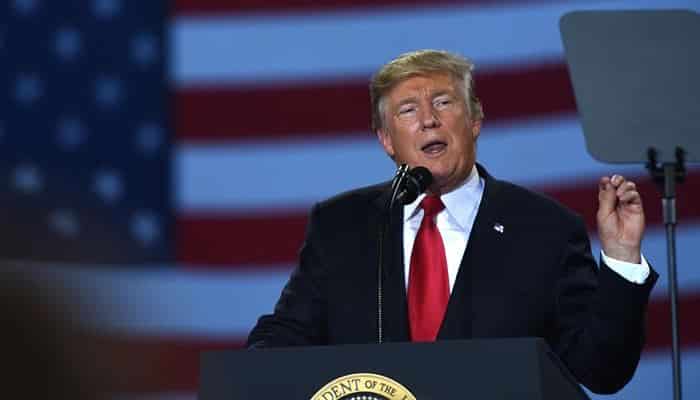 “The effect is actually quite similar to the primary tactic of Alastor,” commented a concerned Senator, who cosigned Schatz’s resolution.

The demon’s power largely stems from his ability to entice humans to commit sins. An overwhelming persuasion to bend them to his whims.

And most importantly, Alastor’s unnerving sadism is not limited to an exacting of physical pain. Rather, he revels in spiraling his victims into a state of mental anguish and stress.

“It’s impossible to imagine the degree of torture Alastor can impose upon a human,” continued the Senator. “The unceasing torment, the never-ending stress…”

At that point, the Senator considered life since inauguration, and quickly amended: “Well, maybe you can.”

Enemy Of The People

“If the news media was really going out of its way to hurt Trump, it would just keep reporting on that whole ‘child separation‘ thing,” said a Senator. “But that whole thing just kind of simmered out, didn’t it? But you know 565 kids are still being held by the government even now, months later? If the press had a vendetta against the President, it would keep reminding people of this unspeakable evil, instead of getting distracted by Omarosa.”

“If the press is all ‘Fake News,’ what does that make Trump?” asked another Senator. “He’s the one who’s told over 200 proven lies since taking office less than two years ago.”

Amidst a gaggle of similar comments, others amongst the Senate grew wary of such distractions. Rather than worry about the President, they felt we should be worrying about the demon so skilled in his barbarism that he earned himself the title ‘Grand Torturer of Hell.’

“We need to be prepared to fight him!”

An enthusiastic murmur of agreement.

Though the “Ave Maria” tactic has proven successful, some worry its effectiveness will diminish over time.

In the bleak world known as “Trump’s America,” where Nazis feel safe to come out of hiding, it’s hard to think of solutions. The mind struggles to remember anything brimming with overwhelming goodness — something pure, positive, and radiant.

“What about these?” says a Senator, suddenly, bringing something up on her phone. 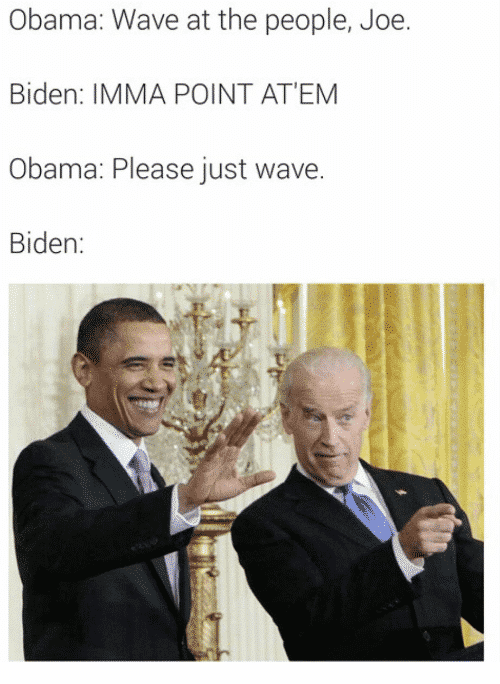 Tears brim in unbelieving eyes. They had nearly forgotten that time which feels so long ago.

Somewhere in Hell, Alastor, using the skull of a depraved soul as his sword’s whetstone, feels a twinge of unease.