What is That Bizarre Object in Joey’s Oven in the...

Friends may have gone off the air 14 years ago (yes really), but viewers are just as obsessed as ever. And now the classic 90’s sitcom is available to stream on Netflix, fans have spent hours rewatching their favourite episodes, pouring over details they’ve never noticed before (and probably wouldn’t if they went outside more often).

Either that, or they’re spending an inordinate amount of time analysing plot holes and coming up with fan theories, like the guy who dedicated hours to figuring out how much money Joey owed Chandler. But we’re not judging – we’re just as bad – and we have no idea how we missed this latest detail an eagle-eyed viewer spotted while re-watching in the Friends finale.

In the “How You Doin” subreddit, user Jomibu started a thread called “WTF is in the oven?” after noticing something strange in the oven of Joey’s flat.

He shared a screenshot of the scene, in which Joey is in the kitchen tending to the new chick and duck he’s planning to give to Monica and Chandler as a moving present – look at the oven in the bottom right corner.

Seriously, what is that?

User IAMBEOWOLF is “100% sure” it’s a figurine of the yellow M&M, and several other redditors agreed.

Another user, Obermi, zoomed in on the photo, confirming the hypothesis 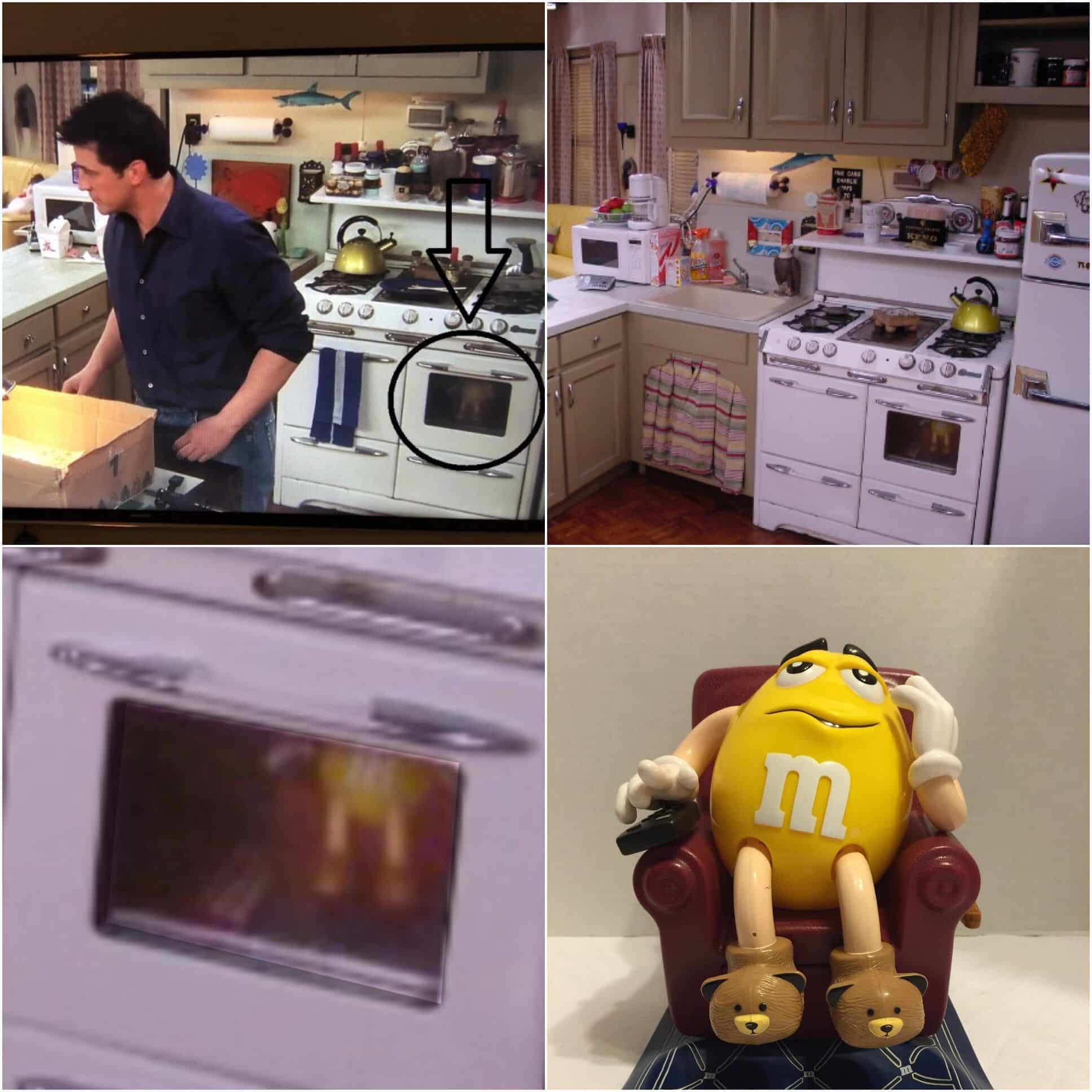 And apparently it’s not the only one, with several other yellow M&M’s hidden on the show throughout the series’ run.

Have you spotted any yellow M&Ms lying around the Friends’ set during your most recent re-watch? Tell us in the comments!

5 Classic Friends Episodes to Re-Watch This Instant on Netflix