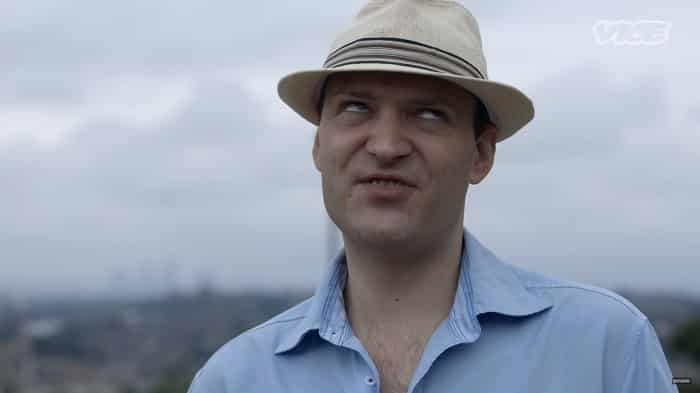 It does feel good to be in the past thanks to all these flat-Earther guys. These guys practically brought us back to the pre-Magellan era where the shape of the Earth was just pure speculation, circa 1500 A.D. Now we’re all doubting again whether the Earth is round, spherical, or even a five-sided square, the pain of not knowing is just unbearable.


Worry no more because there is one flat-Earther who knows all the answers. He has even uncovered NASA’s efforts to mask the real shape of the Earth with their space explorations and Hollywood movies. Nathan Oakley is quite the guy, and he has a round head full of– sorry, FLAT head full of wonders. By the way, his travels “around the world ” (according to him), made him realize that the Earth was indeed, flat. Check out a video feature for him below:

Imagine what his wife had to endure, being awakened in the middle of the night to be told that the Earth is flat. Also, Nathan and crew seem to have made a song about the Earth being flat, check it out:

I don’t know what to believe anymore, are these guys for real? Those lyrics made my temples throb. Anyway, Nathan does not seem to know what the sun is nor the moon, so I guess that leaves us to fend for ourselves. After all, it appears that we are not just a speck of dust in a soup of nothing expanding into a massive infinite space of nothingness. At least that’s what the guy does not believe.

Recent trends have reported that K-pop fans in the US are getting mixed in with current issues in politics. K-pop fan communities are using online platforms to rally up and protest against racism in the United States. In support of the #BlackLivesMatter movement, the online K-pop community has come together in protest. Never has it… END_OF_DOCUMENT_TOKEN_TO_BE_REPLACED

Just this week, lawmakers approved a bill establishing the District of Columbia (D.C.) as the 51st state of the United States of America. This is after multiple calls and protests from the citizens to finally consider D.C. as a state.  However, the bill is not out of the woods yet as it faces multiple oppositions… END_OF_DOCUMENT_TOKEN_TO_BE_REPLACED