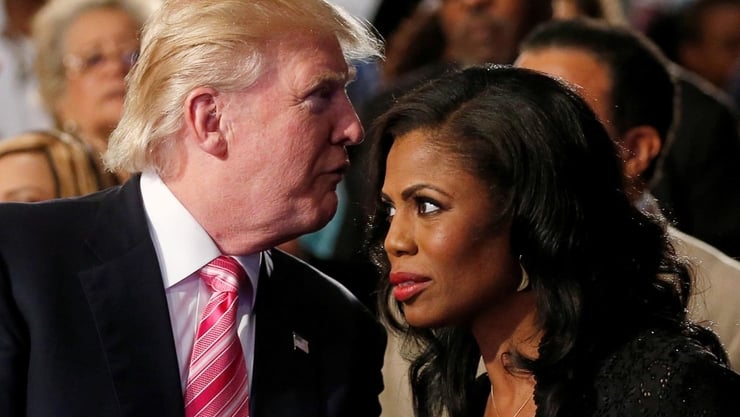 It may be nothing new right now to know that a lot of people hate Donald Trump. The current U.S. President has certainly gained a notorious status for having a “foul mouth,” even before he became president. However, Trump is under a new controversial spotlight after calling someone a “dog” and referring to them as a lowlife and in Twitter nonetheless.


The President dropped a stinker on Twitter after he tweeted a string of ad hominem statements to former political aide Omarosa Manigault-Newman, otherwise known as Omarosa. Apparently, Omarosa’s exit caused quite a stir in the office, hence the two political figures have been having an online and public feud. In case the tweet gets deleted, here is Trump’s exact statement: “When you give a crazed, crying lowlife a break, and give her a job at the White House, I guess it just didn’t work out. Good work by General Kelly for quickly firing that dog!”

That was perhaps the most shocking and harshest of all his online tirades against Omarosa. Previously, Trump was mostly just pushing back and debunking Omarosa’s claims of him using racial slurs in the office. The prior to calling Omarosa a dog, Trump also called her “wacky” and “not smart.”

.@MarkBurnettTV called to say that there are NO TAPES of the Apprentice where I used such a terrible and disgusting word as attributed by Wacky and Deranged Omarosa. I don’t have that word in my vocabulary, and never have. She made it up. Look at her MANY recent quotes saying….

….such wonderful and powerful things about me – a true Champion of Civil Rights – until she got fired. Omarosa had Zero credibility with the Media (they didn’t want interviews) when she worked in the White House. Now that she says bad about me, they will talk to her. Fake News!

It can be recalled that Omarosa was fired by John Kelly back in December last year, as reported by CNN. She did imply that the Trump was behind her termination and simply delegated the action to Kelly. Since then, Omarosa has written and just now released a book titled “Unhinged” where she revealed first and second-hand accounts of the President’s racist actions in the White House.

The Blood Test, The Swab Test, and The Saliva Test      Essentially, there are three general types of COVID-19 testing produced so far. One is the rapid test, the second is the saliva test and the other is the swab test. The rapid test (also known as the anti-body test) uses blood samples. The swab test… END_OF_DOCUMENT_TOKEN_TO_BE_REPLACED

The COVID-19 pandemic is one of the biggest modern pandemics known in history. Currently, there are more than five million confirmed cases in the world, with a total of 333,000 deaths. A total of 1.6 million of these confirmed cases are in the US alone. The world is currently in a race of finding a… END_OF_DOCUMENT_TOKEN_TO_BE_REPLACED

Despite concrete data and research, people’s opinions will always be diverse when it comes to a variety of topics including religion, politics, gender, and more. Denial is a common reaction to many important discussions and serious world events. The COVID-19 pandemic does not differ from any issues and is subject to opinions from critiques all… END_OF_DOCUMENT_TOKEN_TO_BE_REPLACED

Back in January, when the Wuhan, China coronavirus broke out, it didn’t make it to the front page of newspapers, in print or virtual form. Today, January feels like a lifetime away. Like it or not, people around the world have adapted to the new normal – staying at home, frequent hand washing, and social… END_OF_DOCUMENT_TOKEN_TO_BE_REPLACED

Since the beginning of the year 2020, the whole world has been stupefied by the rapid spread of a deadly coronavirus known as COVID-19. World superpowers in the West were unable to prevent the virus from reaching their borders. Because of this fact, the novel coronavirus COVID-19 became a world-wide pandemic no less than three… END_OF_DOCUMENT_TOKEN_TO_BE_REPLACED

For months since the start of 2020, the attention of the world has focused on immediate response efforts to contain and combat the novel coronavirus, also known as COVID-19. The deadly virus has pushed millions of people into isolation.  This kept people in their homes for weeks and months away from their work, their friends,… END_OF_DOCUMENT_TOKEN_TO_BE_REPLACED