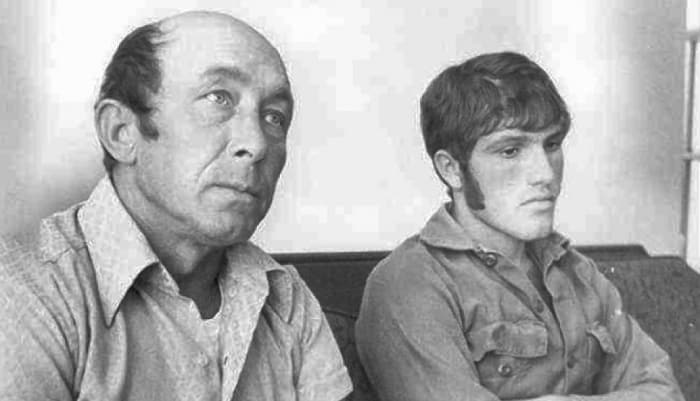 History is littered with supposed stories of alien abductions. A Roper Survey poll, conducted in 1991, claimed that 3.7 million people believed they’d been abducted by aliens (the same study that inspired Chris Carter to write the X-Files), and it’s now estimated that roughly 50% of the population in Western cultures believe in extra-terrestial life. Generally, belief in aliens has increased at a steady rate since the development of modern UFO research, which began with rumours of the alleged Roswell Crash in 1957.

Calvin Parker, from Mississippi, is one of the millions convinced they’ve been abducted by aliens. So much so, he’s even written a book about his experience called Pascagoula: The Closest Encounter (which is on sale now).

Parker and his friend Charles Hickson were fishing on the Pascagoula River one night in October 1973 when they were supposedly abducted by an 80ft oval-shaped craft.

Describing the incident, Parker, now 64, said: “A big light came out of the clouds. It was a blinding light. It was hard to tell with the lights so bright, but it looked like it was shaped like a football.

“I would say, just estimating, (it was) about 80ft. (It made) very little sound. It was just a hissing noise.”

Once abroad, Parker and Hickson encountered two gravity-defying aliens who subjected them to medical examinations. One had grey wrinked skin and no neck, while the other had a more feminine demeanor.

“I think they injected us with something to calm us down,” he continued. I was kind of numb and went along with the program.”

Once the aliens were finished they returned the two men to the river bank. The pair contacted the local sheriff’s office, and both he and Hickman passed the sobriety and lie detector tests conducted by deputies.

Widespread media scrutiny soon followed. Hickson, who has since passed away, embraced his 15 minutes of fame, but Parker was less enthused and tried to avoid media attention.

Explaining why he’s finally decided to tell his story, Parker said: “I’ve been going through this 45 years this October. I never talked about it or wanted to talk about it.

“I have very few friends, but they’re true friends. They never asked about it and I never talked about it. My family never talks about it. I felt like everyone deserved an explanation. Everyone has an expiration date and I wanted to get this out there before I die.

“I’ve had some near-death experiences and I’m in bad health. I just wanted to do it. I catch myself going fishing at night and look up and wonder where they came from and how far did they travel and why they had to get me.”

Why We Haven’t Encountered Aliens? They’re All Dead [SCIENCE]

The Real Reason Behind Why We All Imagine Similar Looking Aliens

Gift-giving isn’t just a seasonal affair between friends, families and acquaintances. The art of gift-giving is also conducted on a national scale with countries often sending each other big, weird and expensive gifts. Experts in all things gifts, Vanilla Reindeer put together some examples of these expensive and odd gifts that have been shared between… END_OF_DOCUMENT_TOKEN_TO_BE_REPLACED

There are lots of ways you can make Pres. Trump feel welcome: you can offer him coffee, or mow a penis into a field for him to view as his plane lands. The willie in question has been chopped by Born Eco ahead of the arrival of President Trump, who visited the UK Monday for… END_OF_DOCUMENT_TOKEN_TO_BE_REPLACED

The year isn’t even halfway over, yet Donald Trump has managed to make a fool of himself and our country countless times. From inviting the national college football champions, the Clemson Tigers, all the way to the White House for some McDonald’s to his to the dreaded results of Mueller’s investigation, it has been one… END_OF_DOCUMENT_TOKEN_TO_BE_REPLACED

Republicans have always said that when they gained control in Congress, they would work to overturn Roe v. Wade and here they are, cashing in on that promise one state at a time. So far, Alabama, Arkansas, Georgia, Kentucky, Missouri, and Ohio have all passed incredibly restrictive laws on abortions, making it illegal for women… END_OF_DOCUMENT_TOKEN_TO_BE_REPLACED

If you’re on Snapchat, then you’ve probably played around with (and were likely horrified by) their filter gender swap filters. While you’re probably using these filters to send hilarious pics to your friends, some guys using them to create Tinder profiles. What likely started out as a joke has quickly evolved, and these guys are… END_OF_DOCUMENT_TOKEN_TO_BE_REPLACED

“Milkshaking” is a hilarious trend in Britain where a milkshake is thrown at and ideally lands on a far-right politician or activist. The point of this nonviolence protest is to humiliate them without causing injury. Physical injury at least. There’s no doubt that milkshaking has led to a few bruised egos. Not only is this… END_OF_DOCUMENT_TOKEN_TO_BE_REPLACED