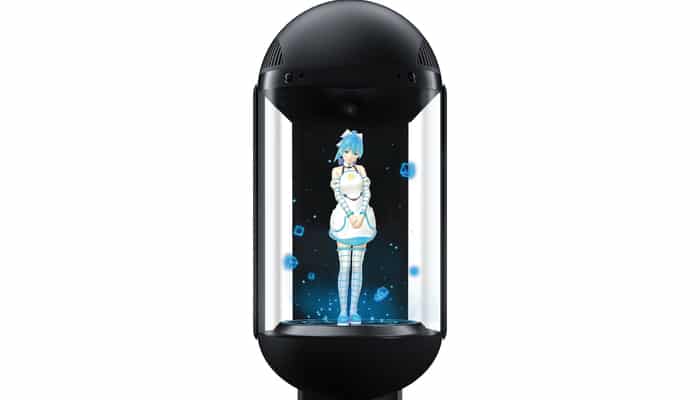 As the whole internet is aware by now, Japan is a country of anime, samurai, overlord cats, and weird inventions. Most of all, weird inventions. They also have some of the most hardworking people and actually have a “death by overwork” culture. As such, there was bound to be a weird invention for people who are too busy or even too shy to be in a relationship with real people.

Sure enough, a company called Gatebox invented the Boku no Yome (“My Wife”) back in 2016 which is a digital anime girl assistant. Back then, it was quite expensive, but it’s purpose remains the same right now, which is to provide companionship to their owners. Check out the video ad for them below, this might look familiar if you have seen “Blade Runner: 2049.”

The invention is impressive but at the same time, quite heartbreaking that some people might be too isolated and possibly unloved to want something like that. However, there may be other valid reasons for wanting such a device. Still, people who have had their eyes on the Boku no Yome in the past but found it too expensive might be happy to know that it is now ready for mass production and has another version whose price has been cut in half.

There is a catch, however, since the mass-production version has fewer features and contains only one character which is the anime girl, Hikari Azuma, though its cost of 150,000 yen (US$1,352) is a fair tradeoff. Also, there appears to be a type of subscription fee for future updates, characters, and added functionalities which costs 1,500 yen (US$13.52) per month. At the moment, it is only available in Japan.

Nevertheless, Boku no Yome could alleviate a lot of people’s loneliness, even if it is just with an artificial intelligence (AI). After all, happiness is subjective, right?

Japan Is Back At It Again With Another Weird Invention, This Time Shoes