Trump Tweets About Work-Requirements For Food Stamps, From Comfort Of...

Hamburger wrappers that had been tossed to the floor were damp. Slices of tomato and pickle had been picked from the burgers — now lay on the floor, wrapped in the plastic wrapper.

The President found it hard to scroll through his phone, as his fingers were greasy with french fry oil.

But it was from here — from the comfort of his own bedroom, the sun high in the sky during this morning’s “Executive Time,” that he sent his tweet.

He pressed Send, thoroughly satisfied with himself. After all, this was something that surely no one would object to. It was just common sense.

In the tweet, he strongly advocated for work requirements imposed upon those applying for food stamps. And who could argue against that? In order to get food paid for by taxpayers, you should contribute to society.

He spotted a mustard stain on his bedsheet, and made a mental note to tell someone that the sheets needed to be washed. He rolled over in bed, still scrolling through Twitter, smiling to himself as the Likes pored in.

Another successful day at work, he thought to himself, exhausted from his participation in the legislative process.

We Love Our Farmers

“When the House and Senate meet on the very important Farm Bill – we love our farmers – hopefully they will be able to leave the WORK REQUIREMENTS FOR FOOD STAMPS PROVISION that the House approved,” it said.

He smiled to himself, particularly proud about the bit mentioning how much we love our farmers. Because we do, he thought. Because of farmers, we get stuff like milk, steak, cheese, and more. And most of all, farmers most likely voted for him. Didn’t all poor people vote for him? He supposed they did. In fact, everyone in the country voted for him. And would again in 2020, the President decided. And maybe after that, too. 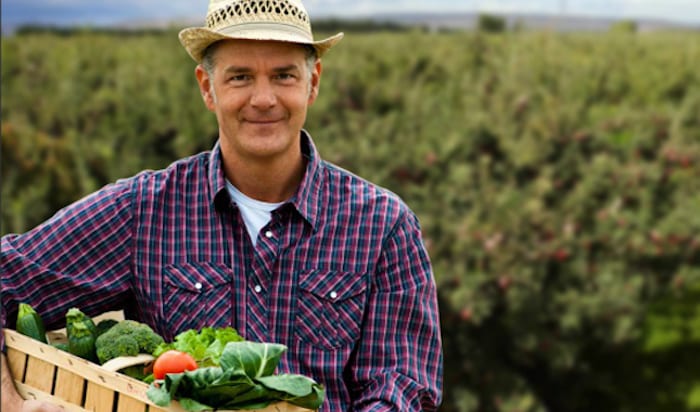 Regardless of all that, he needed this Farm Bill to pass. Presidents should pass Bills, he thought to himself. That was his job, among other things (he stretched his legs, which had begun to ache dully beneath his bedsheets). And when Congress failed to pass Bills, it looked poorly on him. That’s why he needed it to pass.

And what’s there to think about with this Farm Bill? We love farms. We love farmers. So they should get their Bill passed. What more was there to it?

The President could see no reason to consider voting “No” on a Bill for those farmers, whom we love.

You’re Not Talking About Me

Of course, Republicans frequently rail against social welfare programs, deeming them a waste of money that would be better utilized on the Space Force, which will be a new branch of the military that we definitely need. So, it makes sense that the President and his administration would wish to attach work requirements to food stamps. Doing so would result in less money needing to be allocated to the program, as well as attribute perceptions of laziness to those needing to receive food stamps while unemployed.

And yet, by denying food stamps to those who need it most, the President harms his own voters.

Currently, the Republican party relies more than ever on rural voters. According to census data, the most rural geographic areas are the most likely to receive food stamps. Among these include collectives of Trump’s most ardent supporters, from residents of rural Appalachia, to the Ozarks, and the rural South.

This information is, vaguely, somewhere in the President’s brain. But so is something else.

He knows that even if he spews vitriol toward a perfect description of his average voter, that voter would cheer in response. Because the voter will never, ever see themselves within that description. 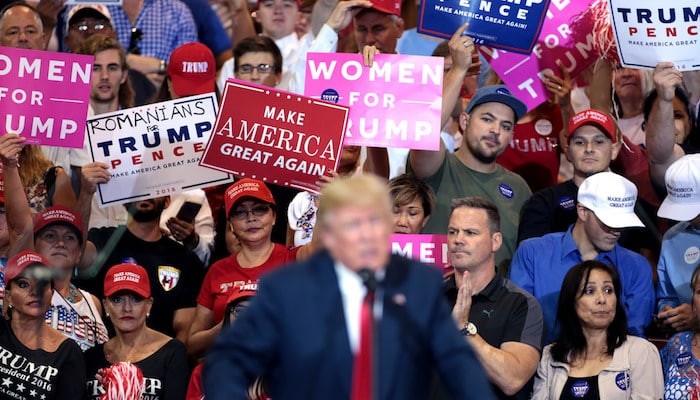 So when Trump rails against the unemployed collecting food stamps, his voters for whom that pertains will shout with enthusiastic agreement. They know it’s not them that Trump’s referring to. It’s the lazy Americans abusing the food stamps-system that will be affected. Not them. They’ll still get their food stamps, because the President wouldn’t do anything to hurt them. Right?

People who don’t contribute to society don’t deserve to reap the rewards of society’s bounties, Trump thought. Somehow, he had started sweating. The pillow beneath his head was growing damp.

Why should people who don’t work be able to receive free food? Trump thought angrily. Instinctively, he reached for his phone, feeling a rush of inspiration that he thought would make an excellent tweet. But he fought the impulse.

Personally, the President received free food all the time, and that’s what made him qualified to know who deserved this privilege and who didn’t. He, Trump, a successful businessman who built an empire out of a $14 million loan, had worked hard all his life. So it was he who deserved the luxuries, perks, and privileges — not, well, lesser people, whose toiling would ultimately amount to nothing. Why should we waste money on people who would never matter, anyway? 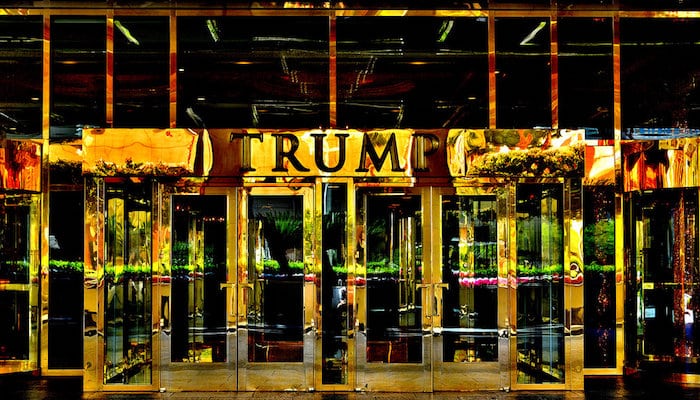 That’s what it came down to, though the President knew better than to tweet out that truth. But that’s what everyone knows, and it’s why they cheer for him when he declares it.

He closed his eyes. It did feel good to close his eyes. And he imagined the uproar of his latest rally. So many red pinpricks spreading as far as the eye could see: his empire, the red hats of a crowd whose faces he would never care to know.

Somewhere, an unlucky family with odds stacked against them grows hungry.

But the President doesn’t know them. What he knows, instead, is the wonderful feeling of soft bedsheets between your legs during a busy, midday hour.