Public Breastfeeding Is Finally Legal In All 50 States And...

It took us long enough, but all 50 states have finally legalized breastfeeding in public and women are thrilled. Well, most women. Some still seem to have their panties in a twist about breasts being utilized for their intended use. Oh, and men are far worse. (No, not all men of course.) They’re too busy sexualizing our bodies and worrying about how catching a glimpse of a woman breastfeeding their infant will make them feel uncomfortable.

News flash morons, we don’t care. If we have to deal with seeing your nasty gorilla backs, beer bellies, and ass cracks every time we go to the beach, then you can deal with a bit of side boob at lunch every now and then. And if you can’t, then just look away like we’re forced to do every time a man bends over. Public breastfeeding is finally legal across the country in 2018, and these people actually have the nerve to be shookt!

When the bill was finally being considered in Utah, it first read, “A woman may breastfeed in any place of public accommodation … irrespective of whether the woman’s breast is uncovered during or incidental to the breastfeeding.” Unfortunately, this made Republican Representative R. Curt Webb uncomfortable as he feared it would lead to public indecency. This jackass had the nerve to say, “This seems to say you don’t have to cover up at all. I’m not comfortable with that, I’m just not. It’s really in your face.” So, then why are you looking Mr. Webb?

Instead of explaining to this poor, poor man that women aren’t breastfeeding to get a rise out of the people around them, they changed the bill so that the second part was removed. Women are simply trying to feed their children, something that is required to sustain life. And conservatives care so much about lives, right? Oh, wait. That’s fetuses they care about, not living, breathing children. My mistake.

Men are uncomfortable around breastfeeding likely because they’re afraid that something so natural will give them a hard-on and ruin sex for them forever, but some females are just as bad. When it comes to shaming women for breastfeeding an infant in public, fellow mamas are just plain cruel. This comment made by a woman named Carly Clark on Facebook caught a lot of attention last month, but it’s not her fault that she feels this way.

Men have been sexualizing the female form for so long that we feel like we need to be discreet and cover up our lady parts. She thinks she’s protecting her children from being exposed to a sexual organ too early, but in reality, she’s just perpetuating the idea that women’s bodies are sexual objects and that breastfeeding should only be done behind closed doors. It’s not easy to erase the years of shame pushed onto us ladies!

Our Government Refuses To Encourage Breastfeeding

When the United Nations delegates met in Geneva this past spring for the World Health Assembly, decades worth of research was presented which explained the health benefits of breastfeeding a child over using formula. We have to recognize mothers who can’t breastfeed their kids that is why using a golden standard baby formula for your little one is the perfect formula for health-conscious parents.

It was brought up in the meeting that as a resolution, countries should discourage any misleading or incorrect information from appearing in advertisements for baby formula. You know, for the sake of children’s health. Obviously, the United States delegates were against such a resolution as that would significantly hurt manufacturers of these types of products, a $70 billion industry. Money over health, as usual in our fine country.

After making a pathetic attempt to reword the resolution so that any responsibility to uphold these standards were directed away from the American government, our country’s officials decided to threaten anyone who put this measure into action instead. According to the New York Times, “If Ecuador refused to drop the resolution, Washington would unleash punishing trade measures and withdraw crucial military aid. The Ecuadorean government quickly acquiesced.” After this news was released, country after country refused to implement this health resolution for fear of retaliation from the United States, that is until Russia stepped up to the plate.

Of course, Trump would never allow the American government to oppose his bestie Putin, so the no threats have been made thus far. Trump denied all of this in a single, misinformed tweet. The research presented at the World Health Assembly said that is breastfeeding was chosen over formula worldwide, it could save over 800,000 infant lives every year.

Fortunately, women are responding in the most hilarious ways to those who still can’t seem to wrap their heads around the concept of breastfeeding.

Women Respond To Being Told To Cover Up 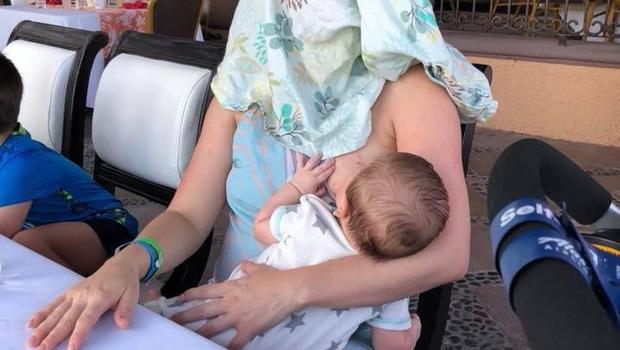 Anyone who has breastfed in public knows all about the uncomfortable stares and looks of disapproval this act of nature attracts. On the not-so-rare occasion that someone dares to confront a woman who is breastfeeding, they’re either shamed into feeding their kid in some disgusting public bathroom or leaving altogether. Lately, however, women are fighting back. When asked to “cover up,” instead of covering their child’s face they’re covering their own. The woman depicted above seems to have started the trend when this photo of her on vacation in Mexico went viral, and to say it has caught on is an understatement. 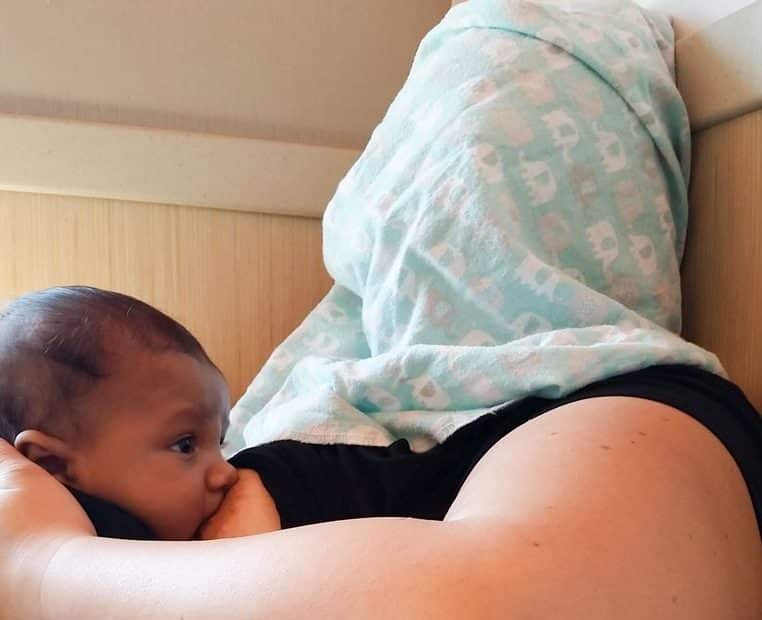 Another woman used this method when someone approached her in a McDonald’s and asked her to cover up because it was making her husband stare. Ummm, seriously? Now we’re asking women to stop feeding their children because we’re jealous that our husbands are enjoying the show too much. The woman (pictured above) chose to make light of the situation by covering her face rather than her son who had just received minor surgery to his mouth that prevented him from using a bottle.

So, ladies, if someone asks you to cover up while breastfeeding, respond accordingly. And for those of you on the other end of the spectrum, the next time you see a woman breastfeeding in public just remember these 3 things: 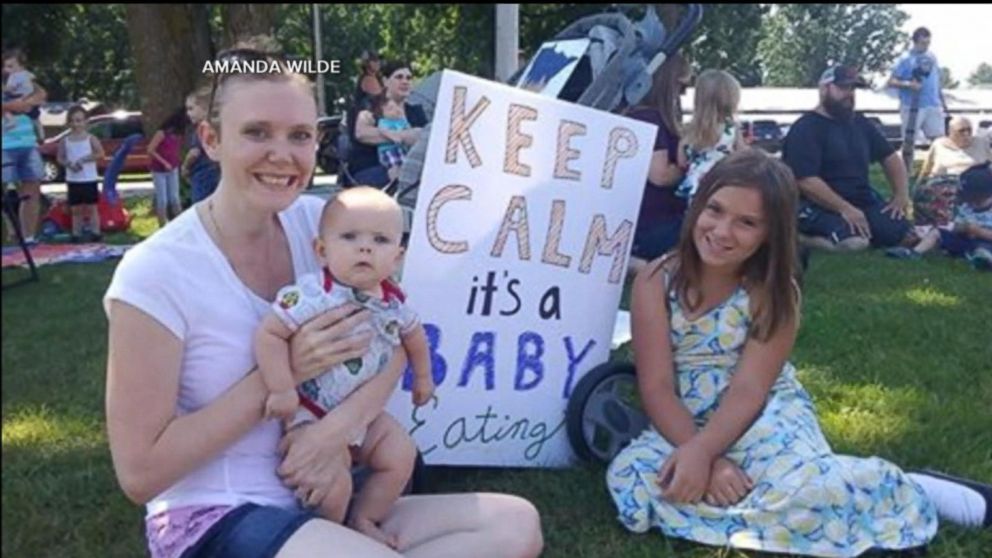 Even American Condoms Are Srewed In The Trump-China Trade War