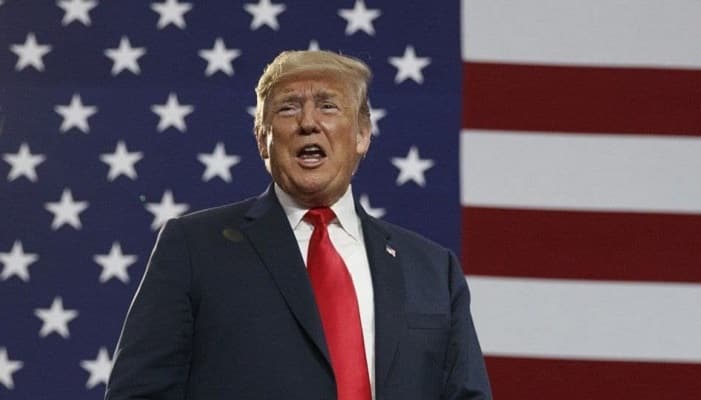 It’s almost a year since the infamous “Unite the Right” ralley that took place in Charlottesville, Virginia, on 11th August 2017. Now, a state of a emergency has been declared in the state, in anticipation of second rally this weekend.

A new poll has also been conducted to mark the anniversary of the bloody event, with the results showing that the majority of American voters believe race relations have got worse under the Trump administration.

Conducted by Politico and the Morning Consult, the poll surveyed 1,994 registered voters, 55% of which felt that racial tensions had increased since Trump was elected in 2016. In comparison, only 16% think that the situation has improved, while 18% saw no difference.

When broken down by race, 51% of white voters said that race relations had worsened. However, a larger number of African-Americans and Hispanics people felt the same, at 79% and 60% respectively. Which is unsurprising, considering black people are the group racist white people keep calling the police on over nothing.

When divided along party lines, 89% of Democrats strongly believed racial tensions had deteriorated in the last two years, with only 4% seeming to think there had been an improvement and 9% not noticing any changes.

On the other hand, Republicans pretty much said the opposite to Democrats, with 35% believing race relations had improved, 25% saying they’d worsened, and 29% saying they’d stayed the same.

Still, the President scored worse than his predescessors in the survey. 16% claimed that race relations had got worse under Bush, while results were evenly split on Obama, at 37% worse and 37% better.

In last year’s Charlottesville rally, which inspired the poll, white supremicists took over the Virginia town to protest a statue of confederate general Robert E. Lee being torn down. 32-year-old Heather Hayer was killed when a man drove into a group of counter-protesters, and several others were injured.

When asked how they felt about confederate statues, surprisingly 54% believed they should remain in place, 22% felt they should be removed, and 29% had no opinion one way or the other.

The 5 Types of Trump Supporters

Just this week, lawmakers approved a bill establishing the District of Columbia (D.C.) as the 51st state of the United States of America. This is after multiple calls and protests from the citizens to finally consider D.C. as a state.  However, the bill is not out of the woods yet as it faces multiple oppositions… END_OF_DOCUMENT_TOKEN_TO_BE_REPLACED

John Bolton’s new book entitled ‘The Room Where it Happened’ had been stirring up quite the attention since it was announced for release last week. Officially released only June 23, the new book seems to threaten the Trump administration as there had been moves to get it unpublished. The request was later on turned down… END_OF_DOCUMENT_TOKEN_TO_BE_REPLACED

Learning about the Juneteenth Holiday The Juneteenth holiday, celebrated every 19th of June, is a commemoration of the liberation of enslaved African-Americans in the United States. It was on the 19th of June 1865 when Union Army General Gordon Granger announced General Order No. 3 in Galveston, Texas officially emancipating slaves in the entire state.… END_OF_DOCUMENT_TOKEN_TO_BE_REPLACED