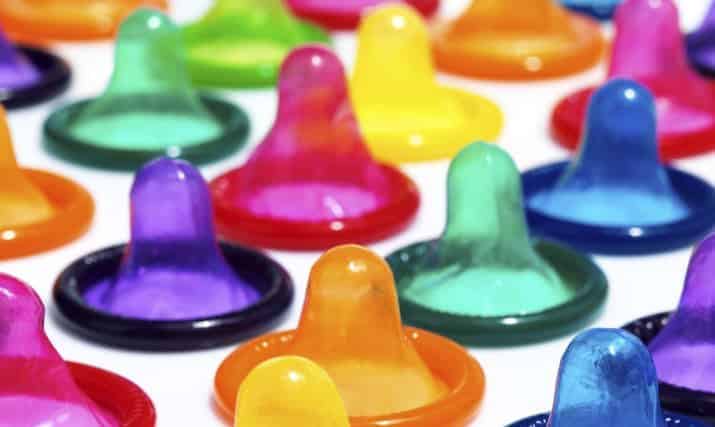 There is actually an ongoing war right now between the U.S. and China while we are sitting at the comforts of our home. Don’t be alarmed just yet though, since it is just a trade war, meaning no physical harm or weapons are being utilized. Still, it has some bad economic effects, such as tariffs for certain imported goods, and that is the frontline of said financial war with China which Donald Trump began and is intent on continuing.

So that leads us to the latest casualty of the trade war between the Trump administration and the Chinese government: condoms. To be more specific, one of China’s trade war retaliations is putting a tariff or tax on imported American-made condoms. So yes, even condoms are not safe anymore… from the trade war at least, but for general use… well, you get the picture.

What this means is that people living in China will find American condoms more expensive there. Theoretically, this could dissuade Chinese consumers from buying their condoms. Consequently, the sales figures of American condom companies will be hurt. That pretty much sums up the idea of the trade war.

However, the tariff on American condoms seems to be negligible at best for American companies. That is because they only exported a net worth of US$13,939 to China. Meanwhile, China shipped US$1.46 billion worth of condoms to the US in 2017. Still, China seems to take its retaliations quite sternly despite the fact that its exports to the U.S. are worth US$505.5 billion of products versus the United States’ US$129.9 billion of American goods exported to China.

It seems Trump’s 25 percent tariff on the said $500 billion worth of Chinese goods will surely hit the Chinese industry more badly. Regardless, whichever side wins this ridiculous trade war that is now involving condoms, the people will always receive the brunt of it.

Coca-Cola Raising Prices Due To Tariffs, And Now We REALLY Have A Problem

The Blood Test, The Swab Test, and The Saliva Test      Essentially, there are three general types of COVID-19 testing produced so far. One is the rapid test, the second is the saliva test and the other is the swab test. The rapid test (also known as the anti-body test) uses blood samples. The swab test… END_OF_DOCUMENT_TOKEN_TO_BE_REPLACED

The COVID-19 pandemic is one of the biggest modern pandemics known in history. Currently, there are more than five million confirmed cases in the world, with a total of 333,000 deaths. A total of 1.6 million of these confirmed cases are in the US alone. The world is currently in a race of finding a… END_OF_DOCUMENT_TOKEN_TO_BE_REPLACED

Despite concrete data and research, people’s opinions will always be diverse when it comes to a variety of topics including religion, politics, gender, and more. Denial is a common reaction to many important discussions and serious world events. The COVID-19 pandemic does not differ from any issues and is subject to opinions from critiques all… END_OF_DOCUMENT_TOKEN_TO_BE_REPLACED

Back in January, when the Wuhan, China coronavirus broke out, it didn’t make it to the front page of newspapers, in print or virtual form. Today, January feels like a lifetime away. Like it or not, people around the world have adapted to the new normal – staying at home, frequent hand washing, and social… END_OF_DOCUMENT_TOKEN_TO_BE_REPLACED

Since the beginning of the year 2020, the whole world has been stupefied by the rapid spread of a deadly coronavirus known as COVID-19. World superpowers in the West were unable to prevent the virus from reaching their borders. Because of this fact, the novel coronavirus COVID-19 became a world-wide pandemic no less than three… END_OF_DOCUMENT_TOKEN_TO_BE_REPLACED

For months since the start of 2020, the attention of the world has focused on immediate response efforts to contain and combat the novel coronavirus, also known as COVID-19. The deadly virus has pushed millions of people into isolation.  This kept people in their homes for weeks and months away from their work, their friends,… END_OF_DOCUMENT_TOKEN_TO_BE_REPLACED