Troll Tried to Tell a Woman Who’d Lost Someone at...

Last month, the parents of a six-year-old killed in the Sandy Hook massacre wrote an open letter to Mark Zuckerberg, begging him to change Facebook’s policies on conspiracy theories and fake news.

Lenny Pozner and Veronica De La Roza’s son Noah was killed in the elementary school shooting in 2012, and the pair, along with other victim’s families, had been the target of online abuse and harrassment from anti-government and conspiracy groups ever since.

But despite their efforts and Facebook’s promise to curb fake news, suspicious trolls are still thriving online. Many peddle the “crisis actor” theory, which became more prevalent after Sandy Hook. Basically, proponents of this conspiracy believe that Sandy Hook and similar instances are fake, and that America’s issues with gun violence has been whipped up to disarm the public. 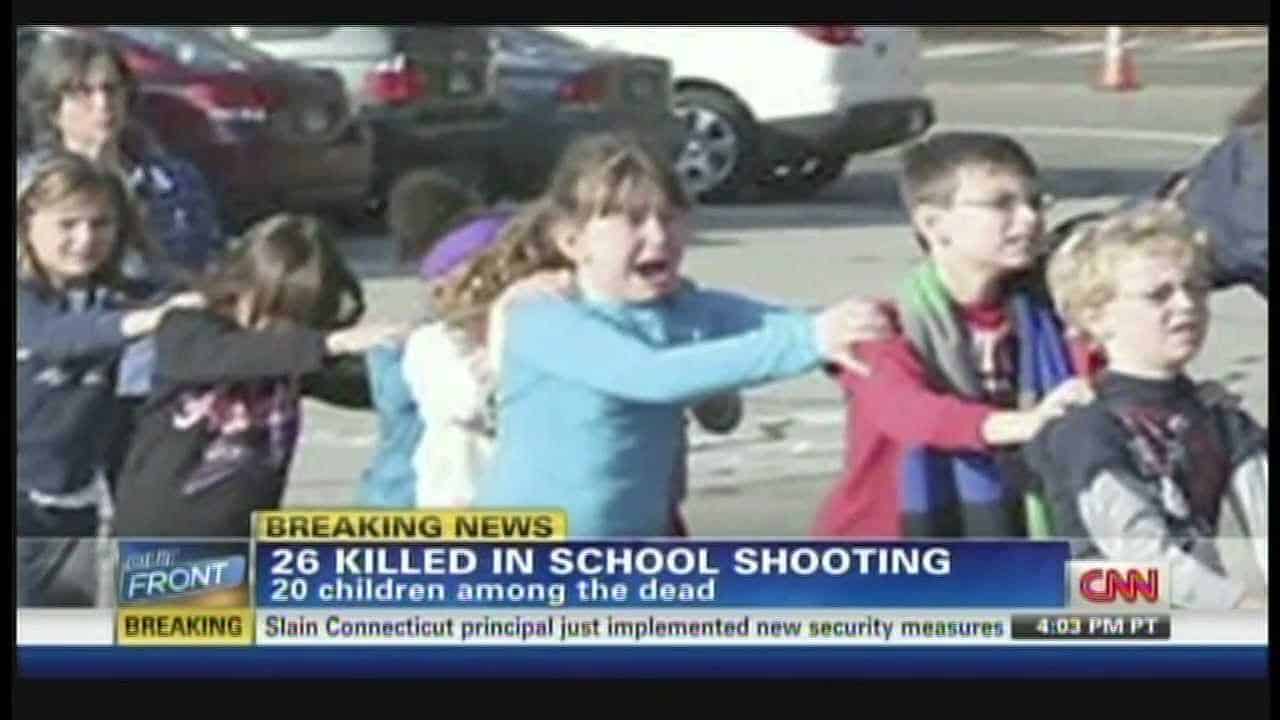 The alt-right radio host Alex Jones was recently banned from a range of platforms – including YouTube, Facebook, and Apple – for spreading this myth and similar debunked conspiracy theories. He is now being sued for defamation by the parents of Sandy Hook victims.

However, Twitter has yet to ban Jones, claiming that he hasn’t broken any of their community rules, and the 44-year-old regularly uses the site to peddle misinformation.

When Twitter head Jack Dorsey tweeted explaining the micro-blogging site’s decision, Caroline Moss, who lost someone close to her at Sandy Hook, wanted a better reason.

26 kids and educators died at Sandy Hook elementary school on December 14, 2012. Alex Jones believes it was a hoax and has spent *nearly 6 years* harassing the parents who had to bury their babies, running some out of town and far away from the graves of their children.

She then condemned Twitter’s rules, saying improvements were desperately needed if they don’t cover false reporting and harrassment

However, it wasn’t long before the trolls weighed in. One particular troll plied her with personal questions, suggesting that she had no evidence that the shooting had ever occurred.

The now deleted tweet said: “Were you there? Did you see the bodies? Do you have evidence to support your claims? Or are you just taking the word of the mainstream media?”

To which Moss replied: “Yes. I buried someone close to my family; she was murdered. Thank you for asking.”

Yes. I buried someone close to my family; she was murdered. Thank you for asking. https://t.co/5Glq3kCqPm

Still, this didn’t stop the troll, who goes by the name “pope grok,” and said her grief was “doubtful.”

I’ve seen evidence that raises serious questions as to the veracity of the official story.

Fortunately, plenty of Twitter users came to Moss’s defense, and it wasn’t long before the troll was blocking people left, right, and centre

For all his/her whining & mocking others, he/she sure can’t take the heat. ?? #byebitch pic.twitter.com/rNblxb85oK

Ah well! If YOU know @popegrok you can still tell him that his family and loved ones are very sad that he’s spent so much time being Very Mad Online. pic.twitter.com/QdThhfgKI9

Hey @jack did I do this right pic.twitter.com/OafLJsO12F