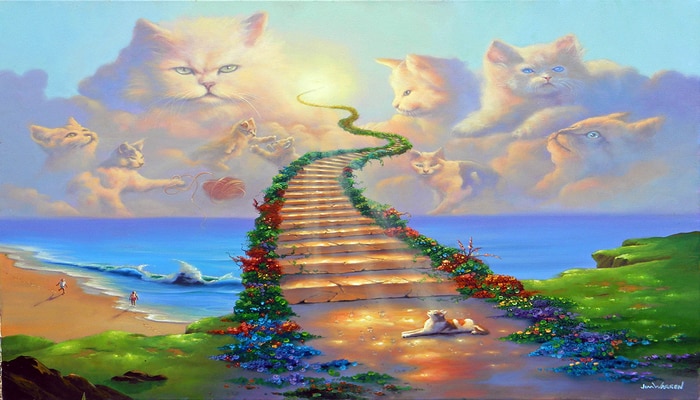 Don’t let this one get to your heads, cat lovers, dogs are still the number one cutest pet species in the world. Now, with that out of the way, the word ‘cat’ and ‘heaven’ may be redundant for a lot of cat lovers. After all, having a grumpy-looking and snobbish feline ignoring their owner may be nirvana to some. Well, good news for you masochists, you can now be ignored by hundreds of cats in a place called “Cat Heaven.”

Still, they are not the second cutest pets in the world for no reason. That is why a place called “Cat Heaven” has now become quite the tourist destination in Taiwan. “Cat Heaven,” is also no joke, it attracts at least a million visitors worldwide every year. Now, the real name of the place is actually Houtong and is a town in Taiwan with quite an interesting history.

Houtong was once a coal mining village a few decades ago. It housed about 6,000 miners and their families but most of them were forced to leave when the mines shut down. Since then, the cats have taken over the place and their population has increased to more than 200 in the said town. Now, they are the ones keeping the village alive because of their potential for tourism. Here is a video about them:

Apparently, they are also nice and have never hurt anyone. They might be scheming though and are actually planning to take over the whole island of Taiwan. So if you are ever in Taiwan, make sure to visit these feline overlords— er, cute cats, in their “Cat Heaven.”

Now that the election results are almost final, we all want to ask what’s going to happen to Donald Trump after leaving the office? All US Presidents inevitably reach the point where they leave the White House.  Besides, the constitution states that all US Presidents are subject to a two-term limit. What do former presidents… END_OF_DOCUMENT_TOKEN_TO_BE_REPLACED

This is the first time in modern history that the US held presidential elections in the middle of a pandemic. In truth, the US elections may have overshadowed COVID-19 and the side effects are limitless. America is facing a tough crisis of discontentment with the current administration. An understandable case but a situation that may… END_OF_DOCUMENT_TOKEN_TO_BE_REPLACED

America’s political climate has been seeing records of changes over the past few decades. However, US election results record a list of surprising firsts for the first time in a long time. With the power of the youth overpowering the US election results, we see how differently they see the world. It shows how inclusivity… END_OF_DOCUMENT_TOKEN_TO_BE_REPLACED