Cool! EPA Chief Realizes All We Have To Do To...

by Kevin R 4 years ago6 months ago

When scandal-ridden Scott Pruitt resigned in disgrace from his role as Chief of the Environmental Protection Agency, no one held their breath for a replacement that would actually be good. It’s still the Trump Administration, after all, and the President thinks climate change is a Chinese conspiracy.

Pruitt frequently disavowed the notion of man-made climate change during his tenure as EPA Chief. However, he also had a penchant for not reviewing any form of scientific evidence prior to making these claims.

And that’s not to mention the litany of other scandals.

So when Andrew Wheeler took over as chief, we expected things to remain the same. After all, there’s no name more appropriate for symbolizing the political status quo than “Andrew Wheeler.”

Only a few months into his tenure, Wheeler has a revolutionary idea that could save the country billions of dollars.

Did you know we could save a lot of money just by polluting more?

In essence, the EPA is moving forward with plans to remove Obama-era regulations on vehicle fuel efficiency, and how much air pollution may be emitted by cars’ tailpipes.

The Obama-era regulation necessitated all new cars and light trucks to adhere to standards requiring 47 miles per gallon by 2025. Now, the EPA would like to roll that figure back to 37 miles per gallon. 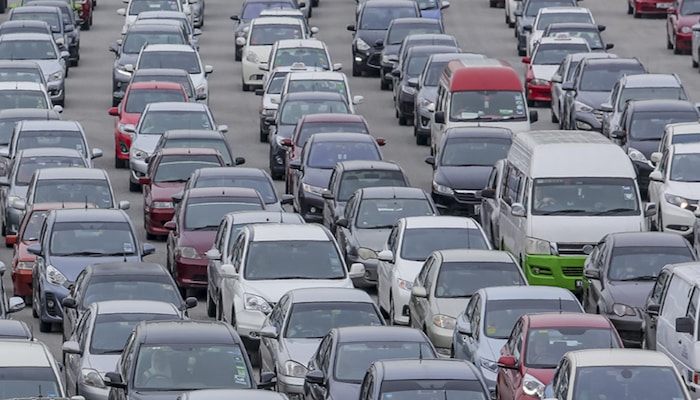 Furthermore, the federal government is working to prevent state governments from being able to impose their own limits on greenhouse gas emissions.

Of course, the Republican Party in total control of the government famously favors states’ rights. However, perhaps that only applies when the state would like to deny you an abortion or ignore the Supreme Court ruling on same sex marriage.

When it comes to things like regulating the air pollution within its own borders, making the choice to protect the people within its borders, or providing waivers to welfare work-requirements, Republicans in power are less open minded in allowing states room to self-govern.

“If a state wants to have a statue of a Confederate soldier fighting for the right to own slaves prominently displayed in their public space, that’s their business. But if they’re trying to impose all these regulations to improve the quality of the air, or dumb things like that, well, they need to bow to the will of Trump,” commented a states’ rights activist.

“Confederate statues don’t hurt anyone,” said the activist. “Neither does upholding my religious beliefs when it comes to abortion or gay marriage. You know what hurts people? Regulations. That hurts my ability to save money. And that’s what’s important here.”

Though the Auto Alliance (Toyota, Volkswagen, and Mazda) applied consistent pressure leading up to these rollbacks, they themselves rolled back their pressure.

“The cost of believing [climate change] is not real is just too high,” wrote Ford chairman, Bill Ford, in a public statement. “We support increasing clean-car standards through 2025 and are not asking for a rollback.”

The Auto Alliance even wrote a letter to the White House: “Climate change is real, and we have a continuing role in reducing greenhouse gases and improving fuel efficiency.”

Though, skeptics speculate that the pleading words on behalf of the environment are nothing more than a decorated PR face. Environmentalism, after all, is far more attractive than greedy desecration. But in the end, the companies likely care more about the dollar bills.

The Trump administration hopes that rolling back regulations will save $500 billion over the next 50 years. 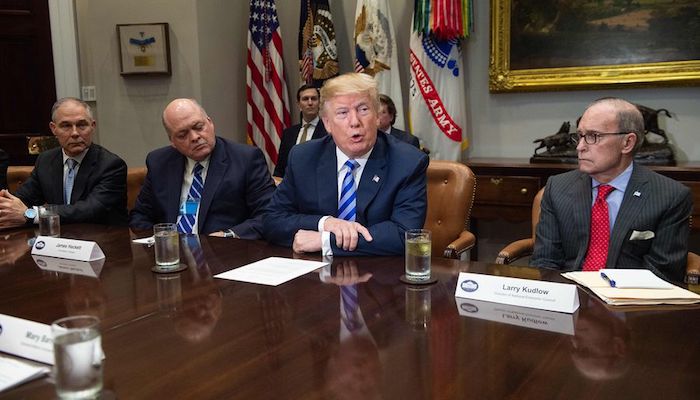 But the thing about rolling back regulations is, the manufacturers that will save the most money are the ones falling the farthest behind when it comes to fuel efficiency standards. And that will be reflected in the quality of the air.

Furthermore, the EPA argues that cheaper, less fuel efficient cars will entice more people to buy newer cars unbeholden to stringent emissions standards, and thus higher prices. Therefore, there will be less old cars on the road, meaning there will be less fatal car accidents. This would result in 1,000 saved lives per year, according to the EPA.

But how many lives does air pollution take each year?

Climate Change Is Destroying The Planet, But Think Of These (Maybe) 1,000 Lives We’ll Save Instead

Reversing the Obama-era standards will lead to the burning of 500,000 more barrels of oil per year by 2030.

Meanwhile, the state of California is currently facing the largest wildfire in state history. With only 34% containment, it has destroyed over 75 homes.

Scientists see the effects of climate change as a key contributor to the increase in wildfires within California, as well as an increase in their severity.

So with high levels of car emissions leading, in part, toward extreme, dangerous weather events (in addition to the 30,00 premature deaths cause by poor air quality alone) those 1,000 lives saved by individuals – maybe – upgrading their cars from deadly old clunkers seems like a poor trade off for regulations guaranteeing cleaner air.

Of course, the savings don’t stop there. The EPA also announced it would cease all activity pertaining to “environment protection.”

“We can save a lot of money by not protecting the environment anymore,” said one official. “Do you know how much money we waste by protecting inessential things like endangered species?”

Another official chimed in, “It’s all a waste of money. Think about it: when was the last time you even saw an animal? Not a dog, cat, pigeon, or bug, but a real animal? Like, say a red wolf, or a California condor, or a Kemp’s Ridley Sea Turtle. I’m guessing never, right?” 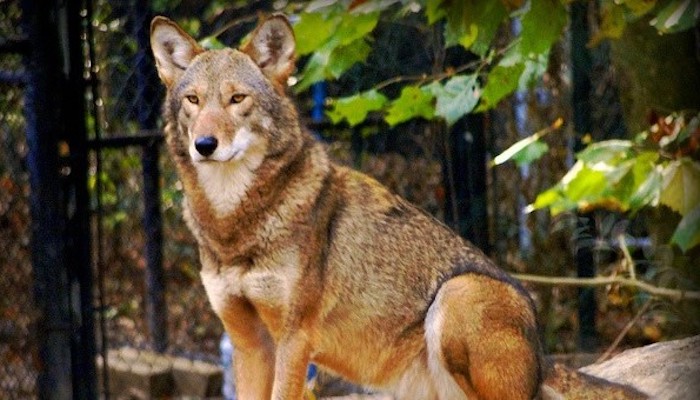 The official continued, “So, really think about it and be honest, if you’ve never seen any of those critically endangered North American species, would it really make that much of a difference if they went extinct forever? No, right? So, why allocate all this money, impose all these strict regulations, for stuff that doesn’t really matter, like animals that no one’s ever going to miss?”

Beads of sweat drip down their foreheads. Locally, it’s the hottest day in recorded history.

Medicare-For-All Might Save Us Trillions Of Dollars, So We Better Not