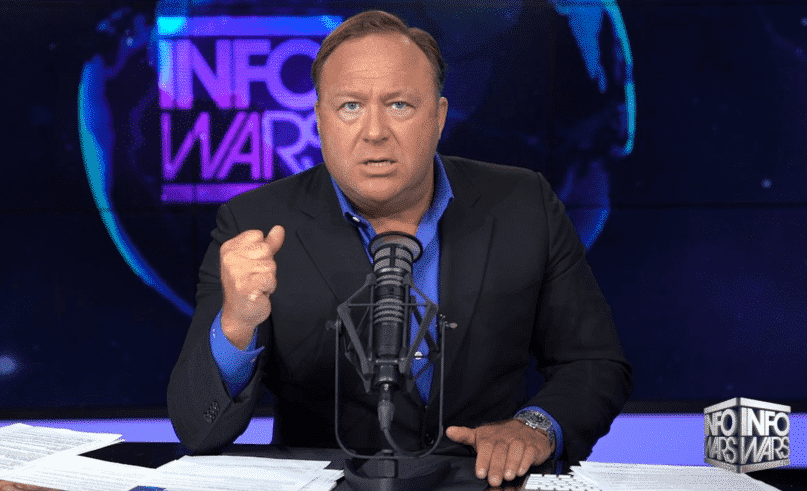 A spokesperson for the network said the pages were taken down as they were “glorifying violence, which violates our graphic violence policy, and using dehumanizing language to describe people who are transgender, Muslims and immigrants, which violates our hate speech policies.”

Jones is also currently being sued by the families of the Sandy Hook Massacre, after helping to spread the conspiracy theory that the school shooting was a hoax.

Infowars Reporter Get Shut Down By Ballsy Little Girl

Forget Alex Jones: Rosanne Is the Voice of the Alt-Right