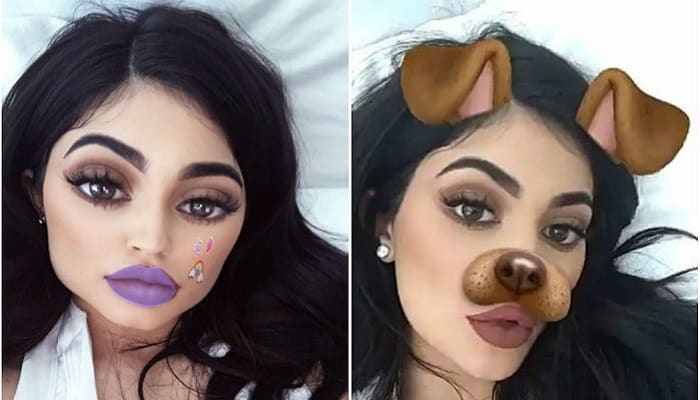 Selfies have already been cited by plastic surgeons as the reason for the rise in facial surgery, but now millennials are looking for more than your standard nose job or some lip filler.

Apparently, teenagers are undergoing comestic surgery to make them look like they do in Snapchat filters, but we’re not talking about adding unicorn horns or dog ears. As any member of Gen Z will tell you, Snapchat also has filters that can smooth your skin, slim down your face, and even alter your eye color.

This has led to the development of a new mental health condition that scientists have dubbed “Snapchat dysmorphia,” in which the sufferer is willing to go to extroadinary lengths to resemble their highly-edited selfies.

Dr Tijion Esho, the medical aesthetician who gave a name to this new mental illness, says he is deluged with requests from clients hoping to look more like they do online in real-life. And he’s not the only plastic surgeon who says patients have traded in pictures of their favourite celebs for selfie apps. Dr Neelam Vashi, director of the Boston University Cosmetic and Laser Centre, told Indy100: “A little adjusting on Facetune can smoothen out skin, and make teeth look whiter and eyes and lips bigger. A quick share on Instagram and the likes and comments start rolling in.”

The condition gets its title from body dysmorphic disorder (BDD), a mental health issue where the sufferer is obsessed with a perceived flaw in their appearance. A common symptom of BDD is unhealthy attempts to fix this “flaw,” or going to extreme lengths to conceal their imperfections. One in 50 people suffer from BDD, and the number is steadily rising thanks to social media.

At least Dr Esho, who owns the ESHO Clinic, turns away clients who are overly-preoccupied with Snapchat filters. He said: “We now see photos of ourselves daily via the social platforms we use, which arguably makes us more critical of ourselves. Patients using pictures of celebrities or Snapchat-filtered versions of themselves as reference points is okay.

“The danger is when this is not just a reference point, but it becomes how the patient sees themselves, or the patient wants to look exactly like that image.”

While Dr Vashi seems to agree, saying: “Filtered selfies can make people lose touch with reality, creating the expectation we are supposed to look perfectly primped all the time.

“This can be especially harmful for teens and those with BDD, and it is important for providers to understand the implications of social media on body image to better treat and counsel our patients.”

President Obama Gets Trolled By Daughter Sasha via Snapchat

Will Smith disclosed in a podcast interview recently that he would “consider” running for president “at some point.” In an interview released Monday, the 52-year-old rapper told Crooked Media’s “Pod Save America”: “I think for now I’ll let that office get cleaned up a little bit. And then I’ll consider that at some point down… END_OF_DOCUMENT_TOKEN_TO_BE_REPLACED

Vaccination programs are currently on roll-out and countries that vaccinated for COVID-19 are talking. Questions are everywhere, and it is building up people’s anxieties about vaccination. How has the vaccine affected their population? Are the vaccines any good? Should we research more on newer vaccines? Can the vaccines kill the mutated virus? The answers change… END_OF_DOCUMENT_TOKEN_TO_BE_REPLACED

Texas Senator, Ted Cruz, received heavy criticism after taking a vacation to Cancun with his family in the middle of a crisis. The latest power crisis in Texas left hundreds of homes without electricity and water for more than 48 hours in negative degree weather. This has left the lives of many Texas residents in… END_OF_DOCUMENT_TOKEN_TO_BE_REPLACED