Clinton has a somewhat tongue-in-cheek reputation on the Internet as a licentious lothario, and provided tweeps with yet another truly meme-worthy image when he photobombed Kelly Clarkson on Inauguration Day.

Only Bill Clinton has the power to upstage President Obama (and he has done so many times before) what with his response to a popular Mitt Romney flub: 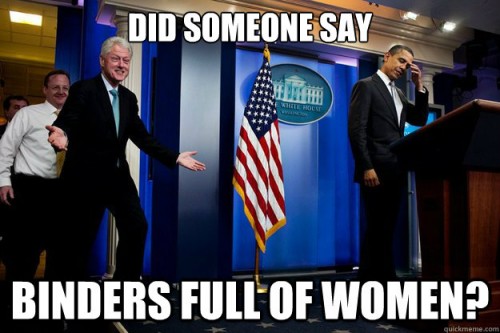 To his follow-up regarding the imprisoned members of a Russian female musical group: 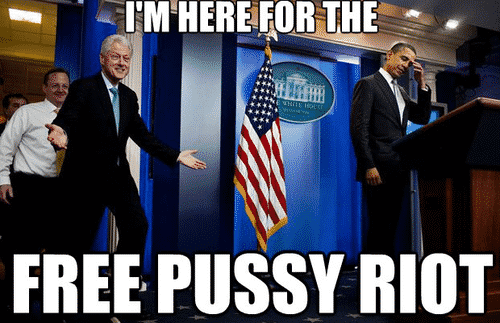 You get the idea.

Today, Clinton upstaged President Obama yet again at the second inauguration, poking his head around a few folks in between himself and American Idol alum Kelly Clarkson, who was on-hand to sing her rendition of “My Country ‘Tis of Thee.”

The Clinton photobomb was noticed originally by Doug Gordon, who describes himself as a Brooklyn documentary TV producer. Gordon posted the image to Twitter:

The post was re-tweeted over 300 times and picked up over 100 favorites.

As Ned Stark from Game of Thrones would say: Prepare yourselves! Bill Clinton photobomb memes are coming.

Did you catch the Bill Clinton photobomb of Kelly Clarkson live? Sound off!