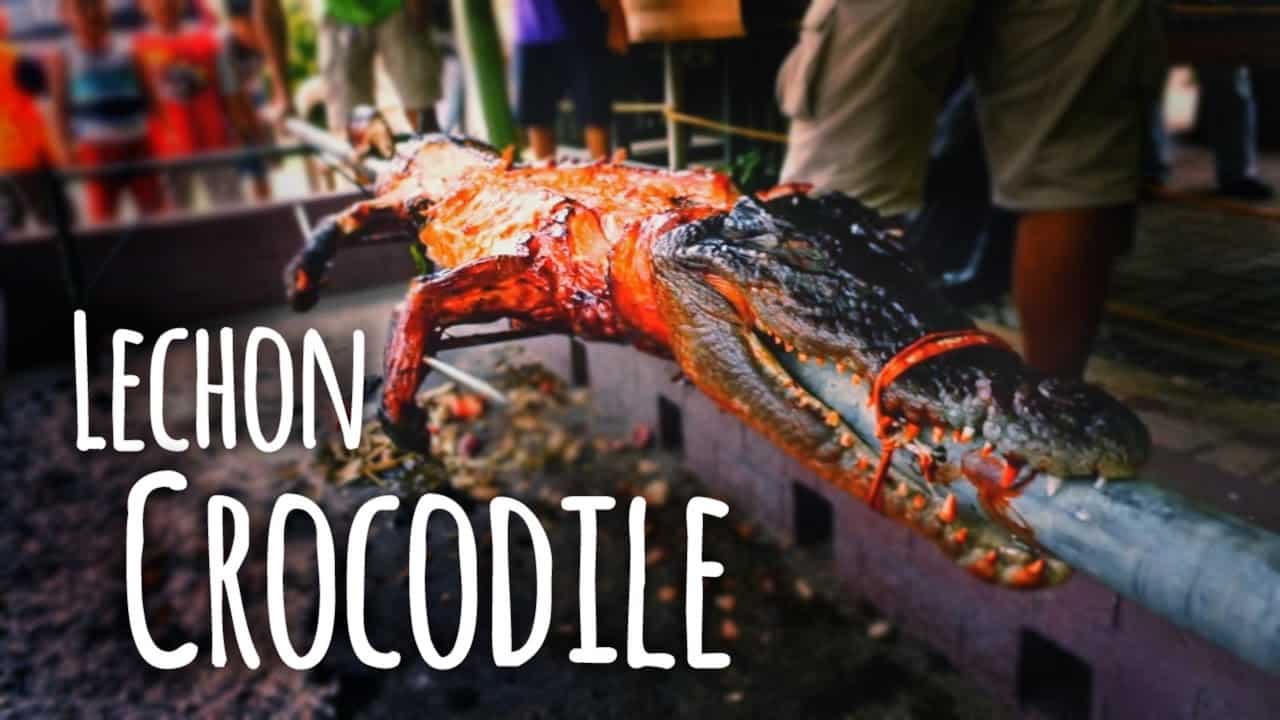 There are lots of bizarre foods out there which are unique to every culture. However, most of them seem to not taste delicious because of their cooking method or unusual ingredients. Take for example the haggis from Scotland which is pudding made from sheep’s organs, or the infamous soup no. 5 from the Philippines which is a soup made from a bull’s testicles or penis. It’s okay, let that image sink in.

However, there is one bizarre food from the Philippines as well which may actually look and taste good. At the same time, it is also nightmare-inducing. Check out the spit-roasted crocodile, or in the Filipino native tongue, crocodile lechon.

Now the word lechon actually means roasted in the Philippines. Also, lechon is usually roast pig which is not bizarre in itself and is actually a sumptuous festival or party delicacy:

Meet Instagram’s Food Medic And Prepare To Be Amazed

Please Don’t Use the Hawaiian Volcano to Roast Marshmallows

Recent trends have reported that K-pop fans in the US are getting mixed in with current issues in politics. K-pop fan communities are using online platforms to rally up and protest against racism in the United States. In support of the #BlackLivesMatter movement, the online K-pop community has come together in protest. Never has it… END_OF_DOCUMENT_TOKEN_TO_BE_REPLACED

Just this week, lawmakers approved a bill establishing the District of Columbia (D.C.) as the 51st state of the United States of America. This is after multiple calls and protests from the citizens to finally consider D.C. as a state.  However, the bill is not out of the woods yet as it faces multiple oppositions… END_OF_DOCUMENT_TOKEN_TO_BE_REPLACED