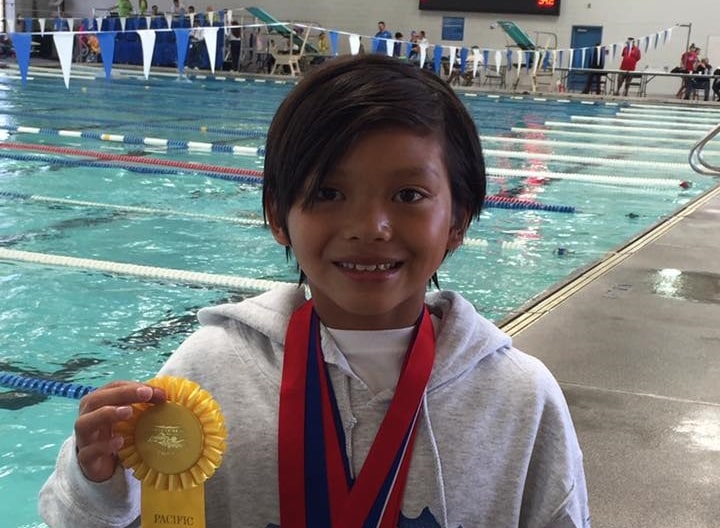 Michael Phelps is probably a household name by now. The guy made history over and over again in the Olympics representing the United States. He is also the most decorated Olympian of all time with numerous gold medals to his name. However, he may have to move over as the younger generations are proving that they can beat him.


Such was the case for a 10-year-old Filipino-American kid named Clark Kent. Well, Clark Kent Apuada to be exact, and no, he is not from the planet Krypton nor does he have superhuman strength and speed. Clark only relied on his skills which he developed at his young age. He actually beat Phelps’ 1995 100-meter butterfly record finish of 1:10:48. Phelps was just 10-years-old at that time as well but his record stood undefeated for 23 years.

Clark completed the said category in the Far Western Swimming Championship at a new record time of 1:09:38, more than a second ahead of Phelps’ record. Clark has surely earned his name, though he was regarded by his friends as “Superman” already even before he beat Phelps’ record.

Big congrats to #clarkkent for smashing that meet record!!! Keep it up dude !!#dreambig

Phelps, being a good sport, saw it fit to congratulate Clark via Twitter. He also expressed hope that Clark will maintain the winning streak. Looks like we have a spiritual successor here folks! Regardless, Clark seems to be gifted with good motor skills at such a young age where he was even described as “an exceptional young man who has incredible motor skills and he was able to pick that up pretty quickly” by his swimming teachers.

Apart from his swimming talent, Clark is also a straight-A student and is also skilled in a couple of martial arts with high-level belts in both of them. We’re still not sure if he could shoot lasers out of his eyes or is tough as steel, but he may well be on his way.

Michael Phelps’ Girlfriend Taylor Lianne Chandler Was Not Born A Man, She Was Born Intersex

The world is devastated by the news that Britain’s Prince Philip, the Duke of Edinburgh, has died at the age of 99. Palace media confirms that the Duke has expired mid-day today, April 9th. The announcement did not contain any specifics on the cause of death. The United Kingdom will enter a state of national… END_OF_DOCUMENT_TOKEN_TO_BE_REPLACED

Who would have known that religious prophets would be among the most loyal supporters of former President Trump? In fact, it has been observed that the most conservative Christians may have been the right amount of push for Trump’s presidential win back in 2016. Since Trump’s election back in 2016, numerous self-proclaimed “prophets” have been… END_OF_DOCUMENT_TOKEN_TO_BE_REPLACED

President Biden falls and slips multiple times on the Airforce One Steps and PEOPLE ARE GOING CRAZY! What’s the big deal? Some people are hating, while others are making memes just for the fun of it. We are all human, aren’t we? Everyone’s expected to stumble some time in their lives. However, with the internet… END_OF_DOCUMENT_TOKEN_TO_BE_REPLACED