Remember How Those GOP Tax Cuts Were Supposed to Be...

by Justin Andress 5 years ago4 years ago

At the end of 2017, the Trump administration pushed through a controversial tax bill that promised to change the lives of every American by easing the financial burden asked of them from a greedy, corrupt American government. Proponents of the bill promised the legislation would bring with it higher wages, lower taxes, and golden Air Jordans for all.

Except for one thing. Six months in, study after study and expert after expert are beginning to worry that the supposedly brilliant GOP tax cuts are actually blowing up the United States’ financial security … at least, what little financial there was to be had to begin with. 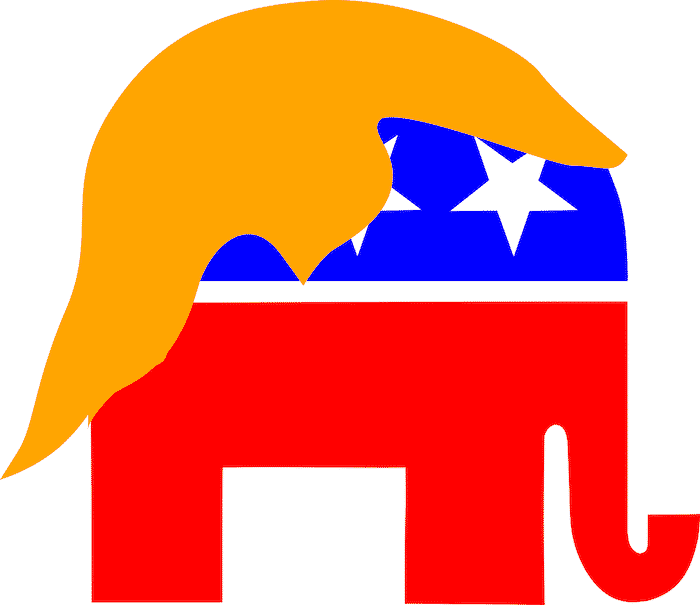 Lots of People Hate Them

Before its passage, the GOP tax cuts were considered by several polls to be some of the most unpopular legislation since the Reagan era. In five studies released over the course of November a paltry 30 percent of polled voters supported the plan.

The primary reason that people objected to the Republicans’ plan was the some might say “ridiculously blatant” favoritism it showed toward wealthy people. For example, it cut the corporate tax rate from 36 percent to 21 percent, a decision that was supposed to help free up enough capital to stimulate wage hikes and job growth.

Can you guess what happened?

When Trump was traveling around the United States singing the praises of the GOP tax cuts, he told supporters that the new laws would see them endowed with raises as high as $4,000 a year per family. Six months after the bill was passed, the average wages in America have gone down slightly.

Instead, the rich buttholes who received more than 80 percent of the benefits of the new tax plan have been using the money to screw with the stock market and inflate their bank account.

As their companies get more free capital, companies are buying back stock from shareholders to consolidate power within the corporate structure. Of course, the first people corporations approach when engaging in a buyback are the very people at the top of their power ladder. Mastercard CEO Ajay Banga earned $44 million selling stock. Eastman Chemical CEO Mark Costa cashed in $5.4 million in shares. The CEO of Oracle, Safra Catz, raked in a whopping $250 million after selling shares to her company.

In other words, rather than harness these tax cuts in an outpouring of generosity, most corporations and individuals have been using the windfall to flood the small yacht industry with business. So, hey, at least one manufacturing sector benefits.

Don’t Worry About Making Less Money, Because Soon You’ll Probably Be Out of Work

“Factories will be pouring into this country,” crowed Donald Trump at a rally last November. What the president forgot to mention was that the GOP tax cuts provide more incentive for businesses to move manufacturing and customer service jobs overseas.

“It’s sort of an America-last tax policy,” economist Kimberly Clausing told The Failing New York Times. “We are basically saying that if you earn in the U.S., you pay X, and if you earn abroad, you pay X divided by two.”

No matter how low the US’ corporate tax rate goes, a tax rate of half that is going to be more popular among CEOs, and that’s bad news for the middle and lower classes. That said, I’m not a math person.

This Tax Plan Isn’t Going to Pay for Itself … Sorry!

According to the Republicans, it’ll go like this: 1) tax plan passes, 2) corporations flock to ‘Murica and create jillions of high-paying jobs, and 3) more high-paying jobs means more tax income for the government. Viola, the tax plan pays for itself.

Except that’s junk. Even if you ignore all the shade I’ve been throwing on this garbage plan up to this point, and even if I’ve been totally wrong and corporations suddenly raise their wages and give back all that capital they’ve scraped off the top so more jobs can be created, then the plan STILL won’t pay for itself.

According to not one, not two, but three studies conducted by hyper-smart groups of math nerds, the best case scenario puts the United States around half a trillion dollars in the hole by 2028.

According to NPR, US citizens making less than 100K every year will see an increase in income on a sliding scale ranging from .1 to 1.8 percent after taxes. That maxes out at an annual increase of about $1,300 for people at the top end of that sliding scale. However, if you’re making, say, between half a million and a million every year, you can enjoy a 4.3 percent increase in your income, an annual difference of about 20 Gs. People making more than a million a year are looking at almost $70,000 more income every year.

To put it in layman’s terms, the GOP tax cuts are buying a bus pass for poor people, new TVs for the middle class, and a new car for rich people.

What’s more, rather than encourage domestic business growth, the GOP tax cuts promote outsourcing. But, it’s cool, because the whole thing hinges on the charity flowing ever-so-freely from the hearts and minds of America’s corporate elite.

There’s still the possibility that every CEO in America will be visited by three benevolent, life-changing ghosts on the eve of their annual budget meeting.

Words That Describe Republicans According To “Snowflake” Liberals