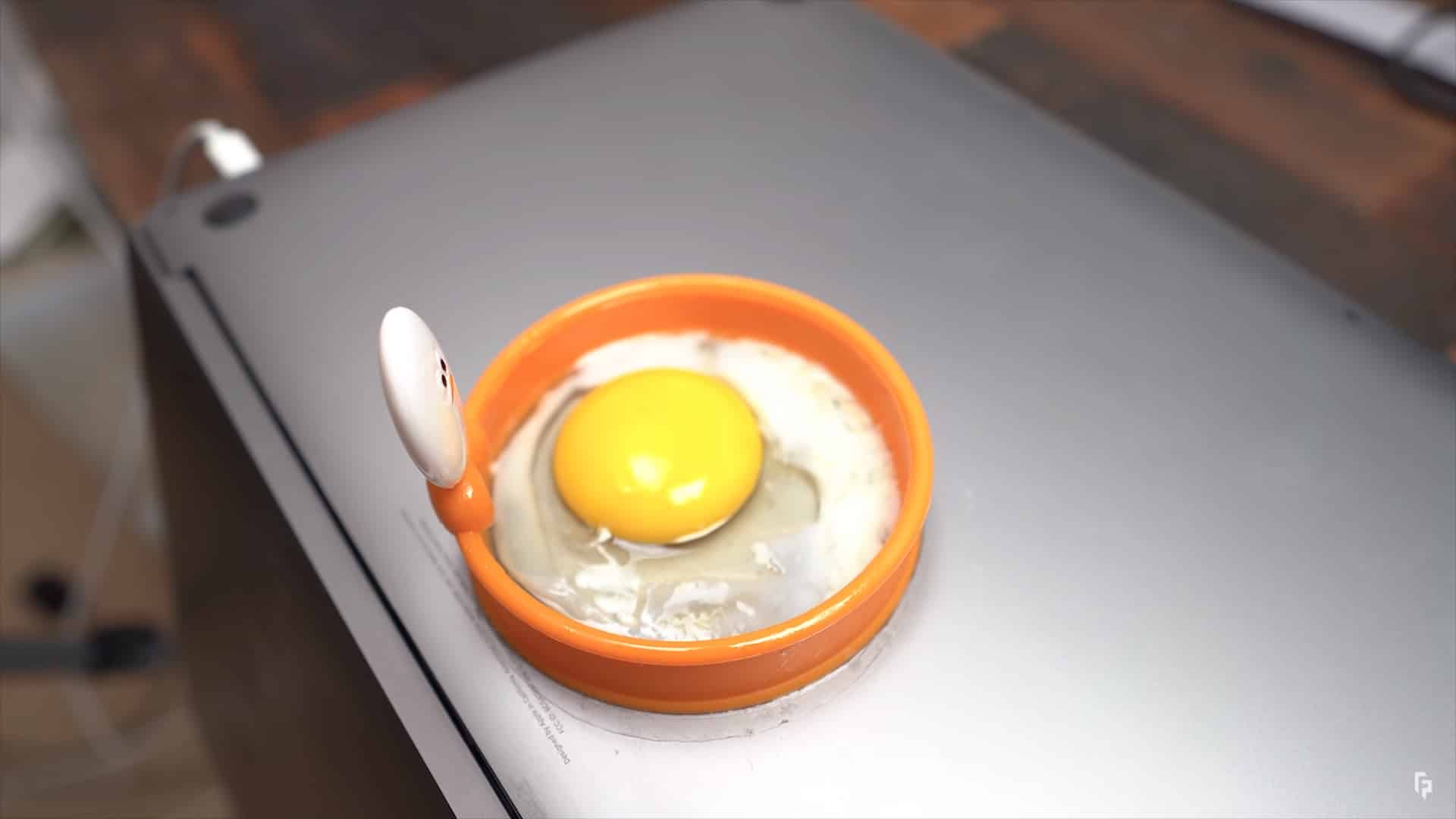 Apple devices are very stylish, no doubt about that. These things would never have had clones if they weren’t so popular and elegant. However, despite how beautiful they are, their tradeoff seems to be their cooling capability, particularly for the MacBook. The newest MacBook Pro is apparently hotter than usual, and not in a positive way you technophiles.


The tech giant has just recently released their new Apple i9 MacBook Pro. It features the legendary i9 processor tier from Intel and while this is enough to make any Apple fan drool, the device is already gaining notoriety for having very hot temperatures during operations. Of course, this is assuming that the users are maxing out the processors, which can happen during heavy multimedia tasks such as video editing, etc.

So one person had a brilliant light bulb moment and decided to test if the new MacBook would be hot enough to cook an egg. The answer is yes and no, we’ll get to the specifics later, but first, watch how it was done, courtesy of YouTuber randomfrankp. Here is the video:

As you can see, a video rendering session can make the MacBook Pro as hot as 99 degrees Celcius, that is just one point below the boiling point of water. Now, as for the egg, they only usually require 65-degrees and some time to be cooked. Based on the video, the egg was not fully cooked, but only because the temperature evened out. Had the heat stayed constant for a longer time, the egg could have been cooked. It turns out, the surface of MacBooks are not the best conductors of heat, the egg also probably helped cool the device.

So there you have it, though we do recommend still cooking eggs in pans instead of a MacBook Pro.

Goodbye MacBook Air? Things You Need to Know about the New Macbook

This Device Will let You Take Macbook Selfies

Gift-giving isn’t just a seasonal affair between friends, families and acquaintances. The art of gift-giving is also conducted on a national scale with countries often sending each other big, weird and expensive gifts. Experts in all things gifts, Vanilla Reindeer put together some examples of these expensive and odd gifts that have been shared between… END_OF_DOCUMENT_TOKEN_TO_BE_REPLACED

There are lots of ways you can make Pres. Trump feel welcome: you can offer him coffee, or mow a penis into a field for him to view as his plane lands. The willie in question has been chopped by Born Eco ahead of the arrival of President Trump, who visited the UK Monday for… END_OF_DOCUMENT_TOKEN_TO_BE_REPLACED

The year isn’t even halfway over, yet Donald Trump has managed to make a fool of himself and our country countless times. From inviting the national college football champions, the Clemson Tigers, all the way to the White House for some McDonald’s to his to the dreaded results of Mueller’s investigation, it has been one… END_OF_DOCUMENT_TOKEN_TO_BE_REPLACED

Republicans have always said that when they gained control in Congress, they would work to overturn Roe v. Wade and here they are, cashing in on that promise one state at a time. So far, Alabama, Arkansas, Georgia, Kentucky, Missouri, and Ohio have all passed incredibly restrictive laws on abortions, making it illegal for women… END_OF_DOCUMENT_TOKEN_TO_BE_REPLACED

If you’re on Snapchat, then you’ve probably played around with (and were likely horrified by) their filter gender swap filters. While you’re probably using these filters to send hilarious pics to your friends, some guys using them to create Tinder profiles. What likely started out as a joke has quickly evolved, and these guys are… END_OF_DOCUMENT_TOKEN_TO_BE_REPLACED

“Milkshaking” is a hilarious trend in Britain where a milkshake is thrown at and ideally lands on a far-right politician or activist. The point of this nonviolence protest is to humiliate them without causing injury. Physical injury at least. There’s no doubt that milkshaking has led to a few bruised egos. Not only is this… END_OF_DOCUMENT_TOKEN_TO_BE_REPLACED