Coca-Cola Raising Prices Due To Tariffs, And Now We REALLY...

Kids separated from their parents at the border: “Yeah, well, bad things happen in the world.”

Presidential campaigns colluding with foreign governments to manipulate the election’s outcome: “Is that not normal?”

Taxes for the wealthy slashed, the Affordable Care Act destabilized, and a study backed by the Kochs accidentally showed that Medicare for All would save the U.S. government trillions of dollars: “I don’t know, my work takes care of my insurance.”

Aluminum tariffs signed by President Trump earlier this year have led to Coca-Cola raising their prices in response: “Wait, excuse me? What?”

One casually-informed US citizen, Darren Steinbeck, who gets the majority of his news from the Moments feature on Twitter, has a strong opinion about the cause and effect of Donald Trump’s trade war.

“I’ve had like 2 kidney stones. I drink a lot of Coke products. And this is unacceptable. They’re raising their prices? Why would Trump even impose a tariff? That sounds pointless to me. The ones who suffer most from this action is me, the everyday American! And Trump’s in office thanks to my protest vote for Jill Stein, so he owes me. This is unacceptable.”

“No, I probably couldn’t name all the Supreme Court Justices. And no, I don’t know that much about, like, whatever wars we’re fighting at the moment. We’re fighting a war, right? In Syria or something? I mean, no, I don’t pay that much attention to politics. But that doesn’t mean I’m clueless,” said Mr. Steinbeck. “I’m just busy. I work full time. I have a life. And I follow Chris Hayes on Twitter, so I see a lot of news headlines. I know what’s going on, generally.”

Mr. Steinbeck expresses dismay for the general state of the country and those whom destructive policies have most effected. 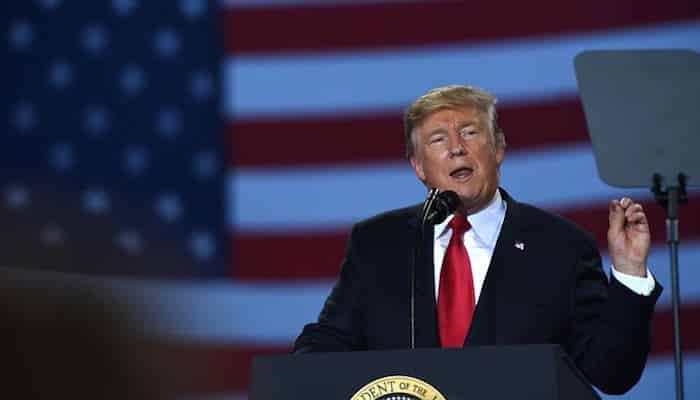 “My friends who are LGBT, yeah, they’re stress levels rose a lot because of this administration. I get that,” said Mr. Steinbeck. “And everyone’s way more on edge with the increase in gun violence and decrease in prevention policy. And that whole Muslim ban thing really wasn’t cool.”

As if determining that he had satisfactorily demonstrated an adequate level of awareness for current events, Mr. Steinbeck took a breath, with a satisfied smile. Then he continued:

“But, seriously, now I have to pay more for Coke? That’s effed up, dude. And it’s because of a 10% tariff on aluminum imports from the E.U., Mexico, and Canada? OK, so, I’m no Rachel Maddow, maybe I’m not the foremost authority on this kind of thing. But I’m pretty sure those are our allies? So why did we even impose the tariffs in the first place?”

Although Trump’s intentions behind the tariffs was to assist U.S. manufacturers by making foreign competitors more expensive (though, Trump’s turbulent relationships with political leaders in Europe, Mexico, and Canada could provide further insight into his decision-making), financial analysts disagree with the likely outcome.

“I don’t have to be a financial analyst to know that the additional costs always fall upon the consumer!” said Mr. Steinbeck indignantly. “That’s, like, 101. No, that’s less than 101. That’s like 75.”

It wasn’t just the 10% aluminum tariff that affected Coca-Cola’s production costs — but the 25% tariff on steel as well.

In explanation, Coca-Cola CEO James Quincey attributed the price increases to: “That’s the freight, that’s the metals, the steel, the aluminum going up, the labor going up. So there is cost pressure, we’re having to pass that through into the marketplace.”

Upon hearing this, Mr. Steinbeck rolled his eyes in a profound manner.

“They were right about trickle-down economics. But it’s not the profits that trickle down: it’s the cost. It’s always the cost.”

He raised his eyebrows impressively.

Despite general unpopularity, the trade war shows no of stopping or slowing down. In fact, it could accelerate.

Furthermore, tariffs on China have already resulted in retaliation.

“Bet the tariffs on China don’t include MAGA hats though, right? You know those are made in China, right?” said Mr. Steinbeck. “See, I know stuff.” 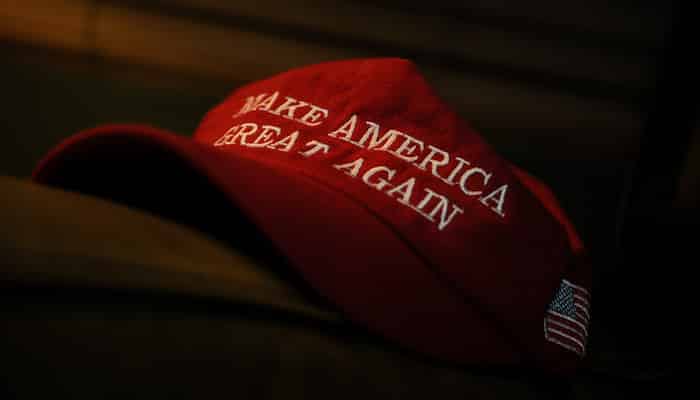 The official Make America Great Again hats sold by the Trump campaign are not made in China.

Mr. Steinbeck would like to emphasize that he knows there are a lot of things bigger than Coca-Cola price increases impacting the country. He knows about daily protests at the White House accusing the President and his associates of treason. He knows about extreme abuse in detention facilities for migrant children and their families. And he even knows about the opening on the Supreme Court that could influence U.S. policy for generations, including the potential dismantling of Roe V. Wade.

But if Coca-Cola raises its prices, Mr. Steinbeck REALLY has a problem with this administration, he would like you to know. It becomes personal. Because, just like how migrant children have a right to humane treatment, Mr. Steinbeck has the right to enjoy copious amounts of Coca-Cola at the price point he’s used to.

“What’s more American than Coca-Cola?” Mr. Steinbeck wondered aloud. “It should be respected in the same way we respect the flag. And by the way, kneeling during the anthem to protest police brutality is a very American thing.”

At this point, Mr. Steinbeck took a large sip of water, which was the only beverage available for interview subjects, owing to budget concerns.

“You know what’s not American? Water. It’s just, so… Blah, you know? America is not Blah. Canada is Blah. But not America. I don’t know much, but that much I do know.”

“Look,” he continued, “I know it’ll probably just be another quarter tacked onto the price or something like that. It’s probably not that big a deal.” 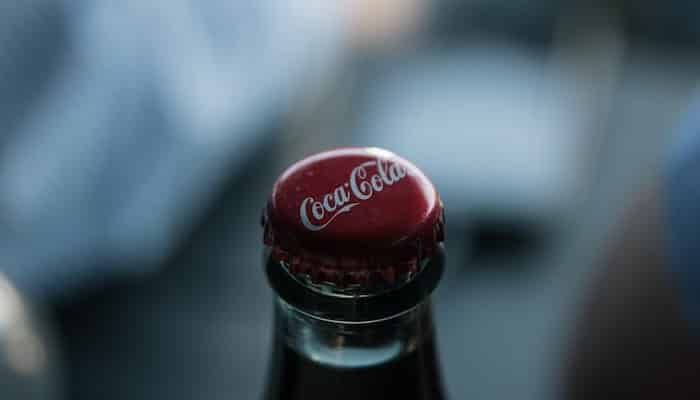 He held his cup of water awkwardly, as it was the kind of paper cup with a pointed bottom that you could not set down. He gazed into the conical cup as if gazing into a reflective pool. His face showed: a quizzical consternation, and true, deep contemplation.

“It’s not a big deal, really, but everything’s changing. Everything feels so different now. And, like, not in a good way, you know? Will we ever go back to the way things were?”

He held his paper cup, wishing he could set it back down.