Republican Gubernational Candidate Teaches His Toddler to “Build a Wall”...

Trump supporters might still be waiting on that wall, but at least this toddler is taking some initiative.

Ron DeSantis, the Republican gubernational candidate for Florida, released a super awkward video of his toddler daughter building a wall as part of his campaign, and well, we guess he gets points of creativity.

The 30-second clip has been viewed more than 120,000 times on YouTube, and includes his wife Casey giving an animated (but unoriginal) speech on why she believes her husband is fit for office. 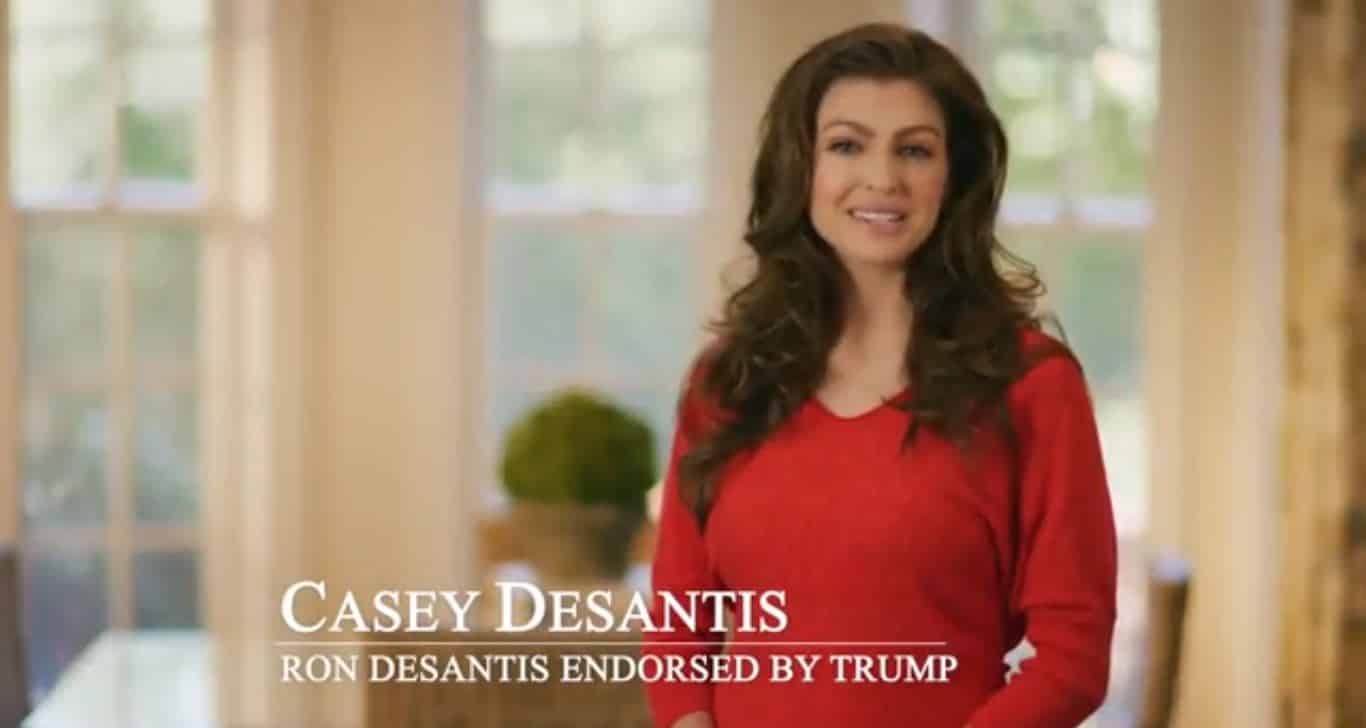 This includes mentioning an endorsement from the president himself, as well as his role as father proving that he’s “more than just a politician.”

The video then cuts to DeSantis teaching his daughter how to “build a wall” out of blocks – you don’t have to be well-versed in American politics to get what that is meant to symbolise. 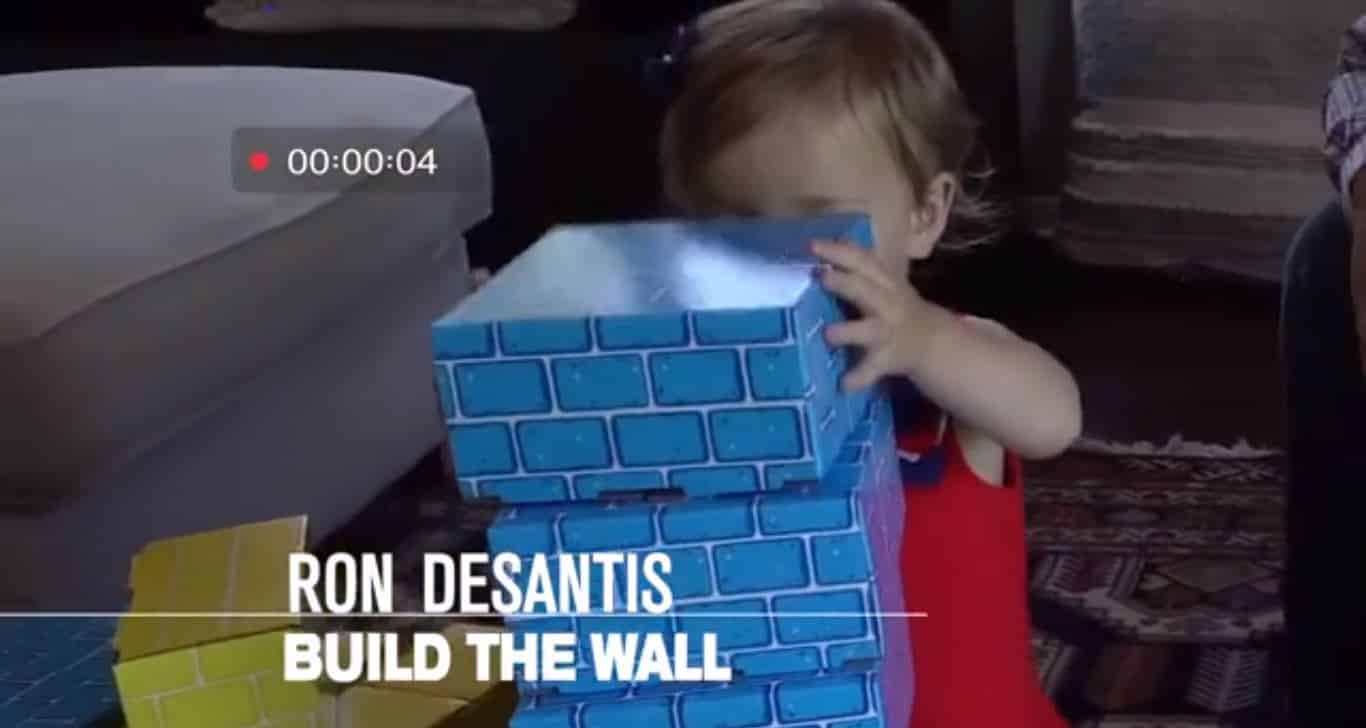 DeSantis is well-known for his association with Donald Trump, with the 72-year-old describing De Santis as a “warrior” for conservative values earlier this year.

Later in the video, DeSantis teaches his daughter how to say “Make America great again” as well as reads an execerpt from The Apperentice to his baby son (who clearly has no idea what is going on). Casey then concludes her speech with: “People might think that Ron is all Trump, but he’s so much more.

“I just thought you should know.” 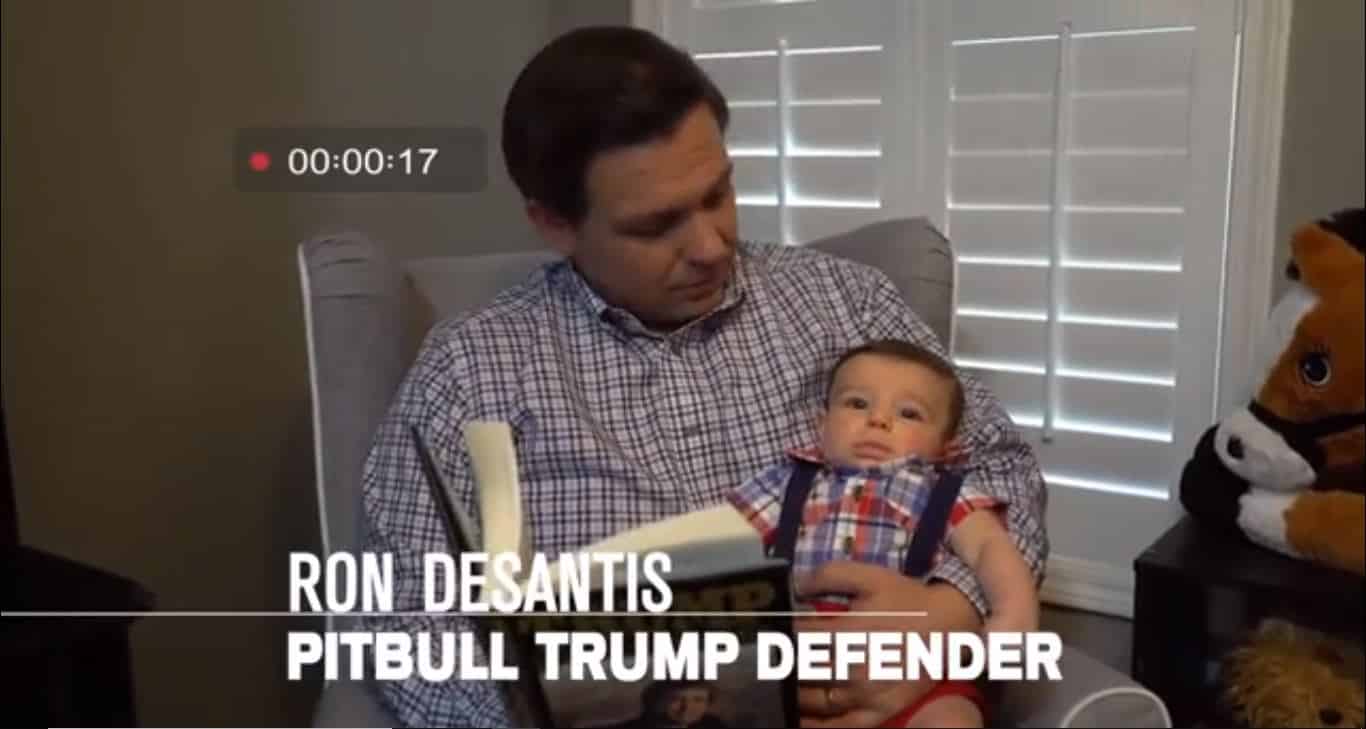 Reactions to the video have been mixed, with comments ranging from “worst video on YouTube” to “the greatest ad of all time.”

Still, we feel one commentator summed the clip up well when he called it “unbeliavably creepy.”

Watch the cringe-worthy clip below.