This month, the US Department of Justice charged 12 Russian officials with hacking the 2016 elections.

The hack included stealing the data of half a million voters, stealing emails of Democratic candidates and their staff, and plotting to hack into the the state boards of elections’ computers — as well as voting software itself.

Of course, the Senate Intelligence Committee additionally determined that Russia definitively interfered in the 2016 US elections.

So, is it any surprise that the 2018 elections seem destined for a similar fate?

And yet, with President Trump doing whatever he can to distort the clear reality, as well as the House GOP voting down funding for election security, the country’s preparedness for another attack on election integrity seems wildly inevitable.

And as tech giants like Facebook and Twitter seem reluctant to impose meaningful actions that would protect their platforms against manipulative foreign powers, among other present dangers — it is Microsoft that, finally, is doing something to ensure the sanctity of our democracy.

They’ve already detected attempts to interfere in the 2018 midterms which many see as one of the most crucial elections in US history. Swiftly, they’re blocking the attempt. Thank God someone actually clicked on “Send Error Report.”

“For one, I would live a lot less of a lonely life,” he continued.

Chris Barr is the designated employee at Microsoft who receives all Error Reports. 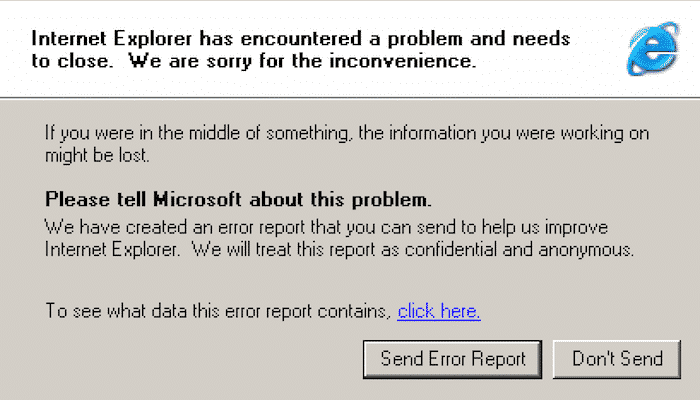 However, he described a desolate day at work, always in anticipation of Error Reports that never seem to arrive.

At this point, Mr. Barr indicated toward a calendar on his wall, with the message “Days Since Error Report.” Scrawled in a penmanship that can only be described as “depressed man” was: “126 days.”

And what happened 126 days ago?

“It was the big one. The Big Bang. What I know will be the peak of my career. I was sitting right here, in my chair, playing an emulator of the Windows 1995 version of Space Cadet 3D Pinball, when it finally happened. The alert. ‘You Have An Error Report,’ and I checked it out, and, ‘Wow,’ I remember saying. ‘Just Wow.’ You know what the Report was?”

“Election hacking?” I offered — as that was the entire reason for this interview.

Windows Into Their Intentions

“Here, look.” And then Mr. Barr showed me the message in his Gmail account, blushing.

“Of course, I normally use Outlook, but, umm…” he trailed off awkwardly. “Anyway, look at this.”

The hack turned out to be a phishing attack, per Mr. Barr’s excited explanation. Essentially, the hackers created a fake landing page prompting the user to enter their password information or download malware on their computers. An example of this could be: a Gmail message requesting the account owner to change their password.

“Or, it could be an Outlook message,” added Mr. Burr quickly.

Of course, victims of the phishing attack would surrender access to their accounts to the hidden hackers. From there, troves of internal campaign emails could be analyzed and distributed in precise, manipulative ways. See, for example, the release of hacked DNC emails strategically meant to divide supporters of Bernie Sanders and Hillary Clinton in 2016.

Currently, it is unknown if those currently hacking the 2018 election are the same as those who hacked the 2016 election. 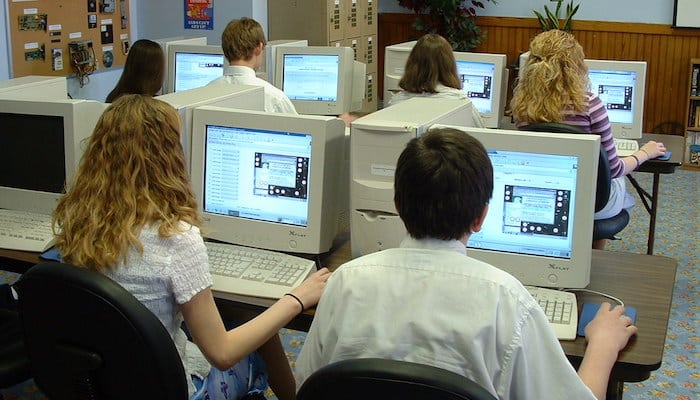 Neither are the identities of the hackers’ targets currently known.

However, Microsoft’s vice president for security and trust, Tom Burt, said that they were “people who, because of their positions, might have been interesting targets from an espionage standpoint as well as an election disruption standpoint.”

Mr. Barr, similarly, was tight lipped: “I just get the Error Reports,” he said.

Targets Have A Big X On Their Back

Thankfully, the phishing attack was quickly detected and reversed.

“This is what happens when you submit an Error Report,” Mr. Barr stressed. “We can do our jobs to fix the problem.”

Once detected, Microsoft removed the website (it had been created through Microsoft) and worked with the government to ensure no one fell for that particular attack.

“They did not get in,” said Mr. Burt. “They tried, they were not successful.”

There is one known recipient of hacking in regards to the 2018 election, however.

Democratic Senator of Missouri, Claire McCaskill, came forward as a victim of an attempted phishing attack. And she named whom she felt was responsible. 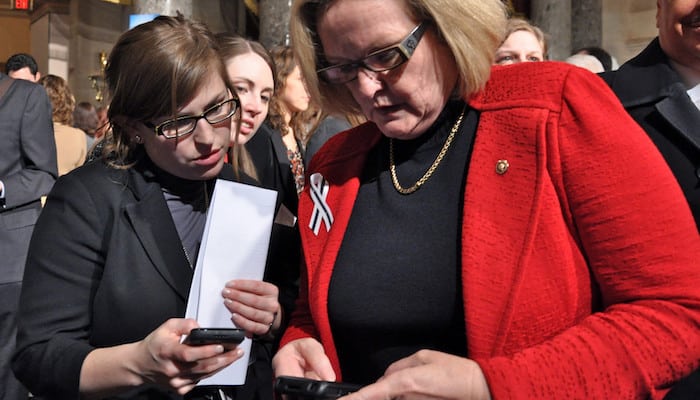 In a press release, McCaskill said, “Russia continues to engage in cyber warfare against our democracy. I will continue to speak out and press to hold them accountable. While this attack was not successful, it is outrageous that they think they can get away with this. I will not be intimidated. I’ve said it before and I will say it again, Putin is a thug and a bully.”

As a Democratic Senator in a far more typically Red state, McCaskill is considered one of the more vulnerable incumbents in the upcoming midterm elections. So, it’s unsurprising she’d be a prime target for those hoping to most effect the election’s outcome — and its chances of tilting the balance of power between the two political parties.

It’s All In Your Outlook

In the end, it all comes down to one thing — or, that’s what Mr. Barr would have you believe.

“Send an Error Report,” he said, repeatedly, often without regard for the context of the current topic.

“If you think you’re the victim of election hacking, Send an Error Report. It’s really that simple.”

Then, I asked Mr. Barr what actually happens when you send an Error Report. I clarified that most don’t bother because they assume that no one will ever see it.

“I see all the Error Reports,” said Mr. Barr, once again showing me his Gmail account.

“Yes, but what do you do with the Error Report?”

Mr. Barr stared at me, confused.

“I send a Report that I’ve received an Error Report,” said Mr. Barr, half-rolling his eyes at the sheer obviousness of it all.