Boy Left with Second Degree Burns Thanks to “Hot Water...

by Sophie Lloyd 5 years ago10 months ago

Plenty of internet “challenges” have gone viral in recent years, from the Kylie Jenner Challenge, to the Condom Challenge, and the Charlie Charlie Challenge. Most of them are harmless – the What the Fluff Challenge definitely brightened our day! But some go beyond stupid into dangerous territory.

If you think the Tide Pod Challenge was ridiculous, then get a load of the latest trend to sweep the internet. Called the Hot Water Challenge, players either drink boiling water through a straw or pour it over their heads. In some cases, boiling water is thrown over others who don’t see it coming as a “prank.” Although it’s pretty obvious that this is a bad idea, people are still taking part and uploading the videos to YouTube, which is exactly how 15-year-old Kyland Clark ended up in hospital.

After Kyland and his pal watched a video of the challenge online, they made a pact to try the prank on one another. So while Kyland was asleep that night at home in Indianapolis, his friend poured boiling hot water over him, scalding off his skin.

Speaking to WXIN about his ordeal, the teen said: “I looked down at my chest. My skin just fell off my chest, and then I looked in the mirror and I had skin falling off here and, on my face.”

Kyland dashed to the bathroom and began splashing cold water on himself to stop the burning, but was left with second degree burns on his face, chest, and back. His skin is also currently a bright pink colour, but doctors say his natural tone should return as he heals. 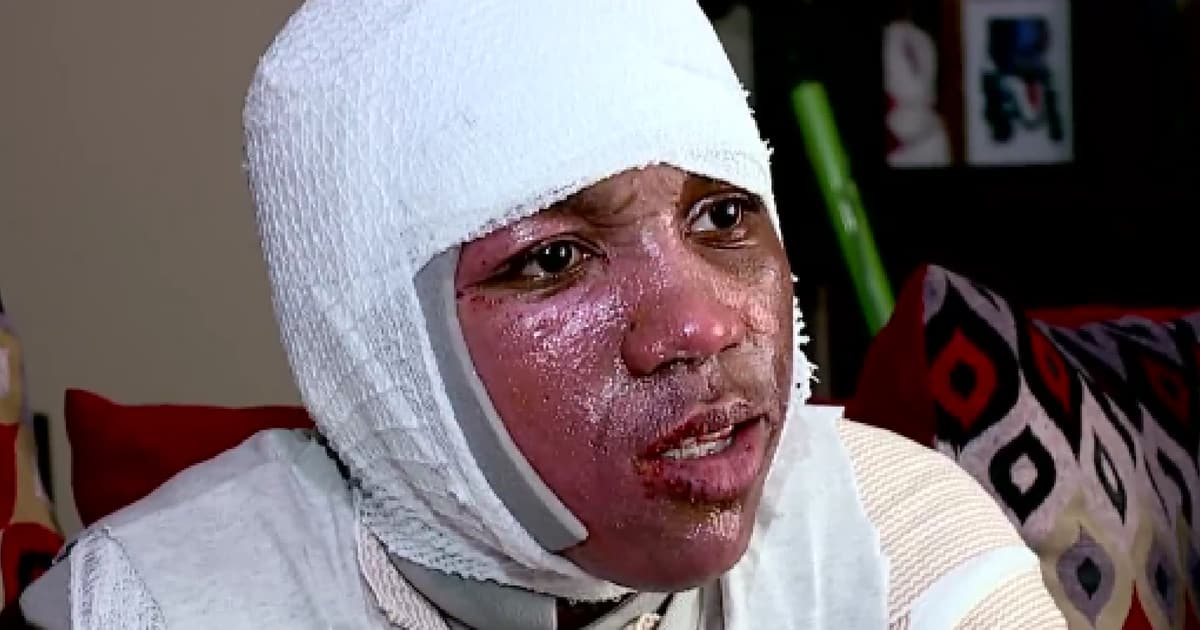 His mom Andrea said of the incident: “To see my baby, all burned up like that, it was heartbreaking.”

Now his doctor Ed Bartkus is begging others to not do the same, and warns that anybody taking part in the challenge could be left scarred for life.

He said: “It’s suggesting to people that they can try it and they won’t be hurt, but they will be, I can guarantee it.

“If you’re friends are telling you to do this, they aren’t good friends.”

However, he’s not the first to fall victim to the Hot Water Challenge. 12-year-old Jamoneisha Merritt was also left with second degree burns after a friend poured boiling water on her at a sleepover, and 8-year-old Ki’ari Pope died as a result of injuries caused by drinking boiling water through a straw as part of “a dare.”