Mueller Investigation Revealed as Giant Scam To Dig Up the...

It’s a scam, it’s a lie, none of it is true! Mueller isn’t following the investigation wherever it goes! No, he’s hunting for something! For the pee tape, I bet! And it’s probably because he likes to get peed on! Yeah, that’s definitely it! Let’s slap that on a chyron on Fox & Friends and get it in some memes, pretty soon it will be a fact!

The Investigation Lead By Republicans Is Obviously Biased! 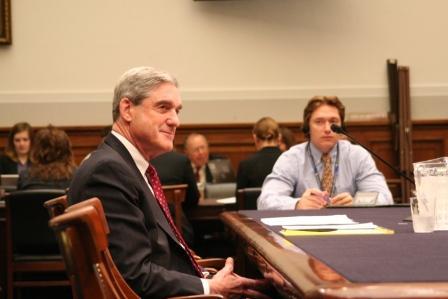 If the investigation is, as Trump frequently claims, a “witch hunt,” it’s still one that’s finding witches. The burning of these witches is sent to commence shortly, with the Manafort trial gearing up to go this fall. Mueller will be calling some substantial financial-related witnesses and seems poised to wage serious war against the type of political corruption Trump ran against. And the same political corruption that Trump supporters now ironically defend. Those who once hoped to “drain the swamp” have been effortlessly steering to unending whinging about how little Mueller’s investigation matters.

Apparently rooting out corruption only matters if it’s Republican’s doing the rooting out. Except, that’s exactly who is doing it. Mueller is a Republican appointed by Trump to lead the investigation. So it must be the wrong Republicans: they’re all secret Democrats who have for years disguised their true identities in a brazen effort to eventually try court cases that would hurt a president that, only two years ago, seemed impossible to elect. After all, only political rivals could find any dirt of Trump and his associates. Everything is made up and the points don’t matter: facts are just opinions in dress clothes, and truth is a lie invented by Millennials to scourge the upper classes for the temerity to be white males.

When asked for comment about whatever baloney Trump has tweeted recently, we would love to see Mueller reply just once with: “lmao this guy fr?”

The Trial That Hasn’t Happened Yet is Already Biased! 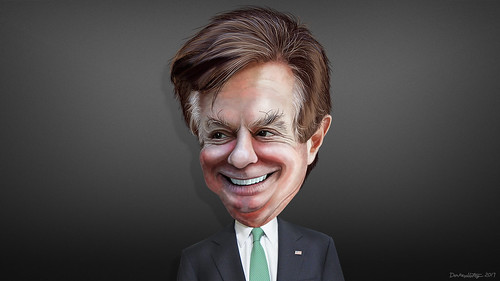 Honestly, it would be thrilling television to see the sure spectacle of the Manafort trial while Republicans simultaneously run for the midterm elections. Elections that, if you’ve been keeping score, Republicans already seem poised to lose. How many red state voters will keep their allegiance when Trump’s former campaign manager is on trial for criminal acts that include money laundering, false statements, and acts of conspiracy against the United States?

We might see some dyed-in-the-wool conservatives refuse to vote for anyone with a D next to their names, but there probably fewer of those than there used to be. Anyone who isn’t a “low information voter” is probably pulling at their collar looking at Trump’s performance these days, and a conservative candidate who can offer something more in line with traditional Republican values (whatever those are) would probably look great. Of course, hating everyone but white people seems to be the joie de vivre of the Republican party these days, so who knows what might happen.

The Pee Tape Isn’t Even Real!

You don’t know that! It totally could be. At least the Steele Dossier, which has been partially corroborated, strongly suggests that such a tape exists. That is, that there is video surveillance held by the Russians showing Donald Trump paying prostitutes to urinate on a bed that the Obamas slept in at a Russian hotel. Because Trump’s hatred for the Obamas was so incandescent that he paid sex workers to ruin a bed that they had once slept in and would likely never sleep in again. Sound far-fetched? You bet, but so does “President Donald Trump denies allegations of so-called ‘Pee Tape’,” so who knows what’s possible anymore. And since no president has been tougher on Russia that Trump (it’s hard to say with a straight face, really), you know they don’t have a pee tape.

I’m very concerned that Russia will be fighting very hard to have an impact on the upcoming Election. Based on the fact that no President has been tougher on Russia than me, they will be pushing very hard for the Democrats. They definitely don’t want Trump!

Yeah and if Russians were going to interfere in our elections they would totally come in on the side of the Democrats anyway! You just have to wonder what possible events of the previous 18 months could make anyone think otherwise.