Oh No, Not a Harry Potter Remake!

It seems like Hollywood and co are rebooting franchises left and right these days, despite the fact that nobody asked for it. First Roseanne, then Charmed, and now Buffy the Vampire Slayer, fans aren’t thrilled about all these beloved 90’s classics being messed with.

And it looks like not even Harry Potter is safe, at least according to one despondent Reddit user.

Considering the film adaptions of J.K. Rowling’s popular book series bought in a whopping $7.7 billion at the box office, and the first in the spinoff trilogy Fantastic Beasts and Where to Find Them was also a huge success, it’s likely filmmakers are going to keep milking the cash cow for as long as possible.

Or, as wunderfizz posted to r/Showerthoughts: “One day there is going to be a reboot of the Harry Potter movies, and an entire generation of us is going to hate everything about it.”

One day there is going to be a reboot of the Harry Potter movies, and an entire generation of us is going to hate everything about it from r/Showerthoughts

We can definitely see where he’s coming from, and so could other Redditors.

KubrickIsMyCopilot commented: “First they do prequels, sequels, and spinoffs, with or without original author involvement. After a decade or two of milking that, depending on how much money it made, then they do remakes and/or reboots.”

Tater Nugget said: “If they changed the theme song, I would go on a rampage.”

Although many fans balked at the thought of the movies getting an update in the future, others seemed to think a reboot had potential.

ShhhhhhImAtWork said: “Yeah I don’t think they’re going to reboot for a long time. I do see them trying a sequel where harry is part of the ministry of magic and his kid goes to hogwarts. I mean, they ended the movies with that plot setup already.” 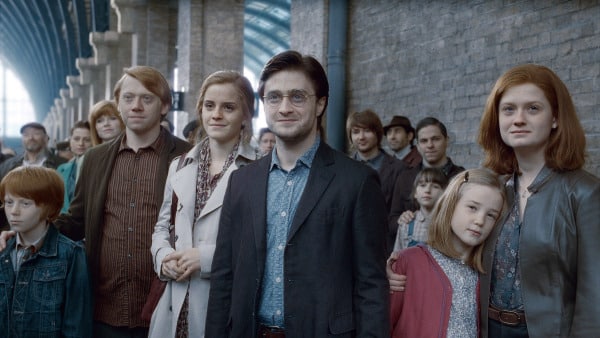 stardustinthewind added: “And Emma Watson needs to be professor mcgonigal.”

However, some fans got upset by the thought of their favourite characters being played by someone new.

ZupexOW said: “I’m going to find it so hard to see anyone other than Alan as Snape.

“When I read the books again I see the characters as I did when young and imagining them in most cases. Even Harry during the first few books when he is younger at least.

“Snape is the only character that I cannot hear or imagine as anyone else. Rickmans way of showing utter contempt and dismay at everything just worked out so well and replaced my previous imaginary Snape entirely.”

One fan suggested a TV adaption in the style of Game of Thrones may be a better option, with more scope for character development.

Spongerrobert904 said: “I’ve long held that they should make Harry Potter into a series on HBO. 7 seasons, varying in length depending on how much material they need to get in (the first season obviously wouldn’t be as long as the fourth). The movies were great, but what made the books so special is the world she created had so much detail. If they made a series they could really go into depth with the characters, the relationships, the school, quidditch, the entire world that felt so real.

“I doubt other people feel this is necessary but I think it would be pretty cool.”

Would you be excited for a Harry Potter reboot? Or should the series be left alone? Tell us in the comments!