Trump Has To Rethink Putin’s Christmas Gift After Congress Refuses...

It’s not often that Trump bothers to put thought into his gifts.

After all, the self-proclaimed billionaire gave his wife “a beautiful card” for their anniversary this year.

So when he realized the perfect gift to give his good friend Vladamir Putin, Trump was elated.

His excitement mounted as his stressed decreased. Trump had been worried that he wouldn’t deliver a truly reciprocal gift, given how much he owed Putin already. His presidency, for one. Thus, there was a lot of pressure to produce a truly spectacular Christmas gift. And Trump was confident he figured it out.

As it turned out, Trump decided that US citizens would be the perfect gift to make Putin’s Christmas truly special. Among them: the former US Ambassador to Russia, Michael McFaul — whom Putin wished to interrogate. As a vocal critic of Putin and the ambassador during 2012’s sanctions, McFaul drew the Russian leader’s ire and inspired a fixation on exacting vengeance. Similarly, Putin seeks Bill Browder for questioning — the man most responsible for Congress’s passing of the Magnitsky Act sanctions. Incidentally, these sanctions are the cornerstone around which much of the ensuing election interference spiral.

Truly, the perfect Christmas gift would be to get rid of the sanctions entirely, as was supposed to be the plan following Trump’s election. But since that seems impossible even with a sycophantic Congress by his side, Trump fell upon the next best thing. The man considered responsible for them.

The Season Of Giving

With Putin’s invitation to the White House already set in motion, Trump fretted about the Christmas gift Putin would expect to be lavish. After all, Trump owed him everything — his presidency, the money flowing into his businesses, and that special evening they had spent together, just the two of them. And Trump knew that Putin was not a man who could handle disappointment. After all, the guy has a Wikipedia page just dedicated to the journalists he’s highly suspected of having killed.

That won’t work, because poison isn’t the secret ingredient of the Trump Family Christmas Punch. That would be Dollar Store Kool Aid powder. And Trump was sure Putin would love it, as long as an unsatisfactory gift didn’t ruin the wonderful Christmas evening he had planned. 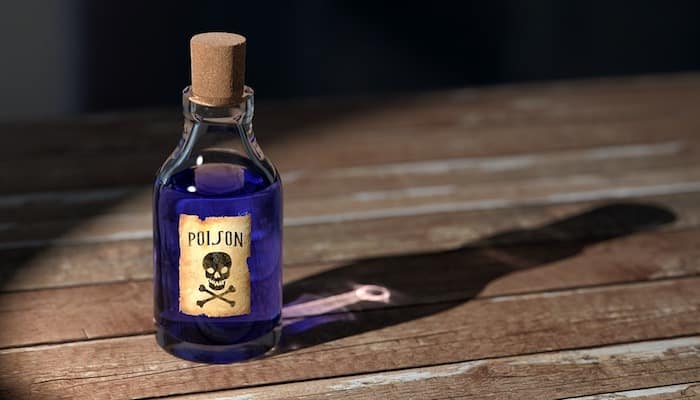 He had spent forever agonizing over what the man would like in his gift box. But what can you give the man who has no problem seizing whatever he wants, regardless of morality (which Trump so admired)? Who could bend the entire US election to his will and elect a reality show host as US President? At that — a reality show host who never even won an Emmy? What could you give a man like that?

Well, it had all come down to the Magnitsky Act, even way back when at the now-infamous Trump Tower meeting took place between Trump’s son Don Jr., members of his presidential campaign including the now-imprisoned Paul Manafort, and a Russian lawyer tied to the Kremlin.

So the question became: How do you gift wrap a human?

On The 12th Day Of Christmas…

With his problems largely solved, Trump was excited to share the festive news with everyone on his staff.

An uncharitable heart is a consistent criticism Trump faces, so he expected the White House staff to participate in his joy. But the president hoped they didn’t expect a Christmas gift just as thoughtful and extravagant from him. Like Melania, they needed to be grateful for their beautiful cards.

So when the response to Trump’s amazing gift idea for Putin was swift, intense rebuke, Trump once again reverted to a state of consternation.

In an exceedingly rare unanimous vote, the Senate preemptively rejected any suggestion to deliver a US citizen for interrogation by the Russian government. 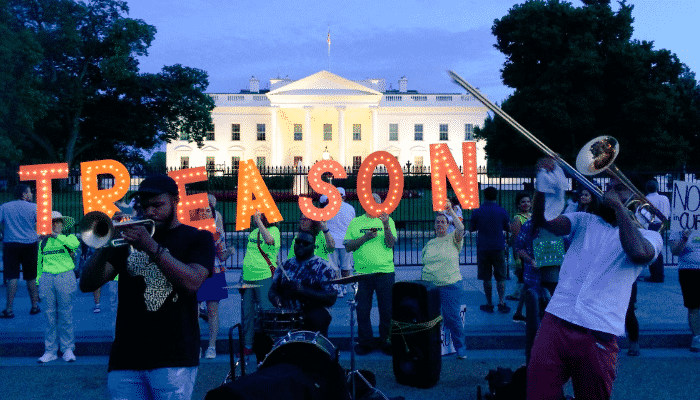 Before the vote, Senate Minority Leader Chuck Schumer stated, “Let this resolution be a warning to the administration that Congress will not allow this to happen. I call on President Trump to say once and for all, not through his spokespeople, that the lopsided, disgraceful trade he called an ‘incredible offer’ is off the table.”

The “trade” refers to the 12 Russian officials indicted by Special Counsel Robert Mueller for hacking the DNC. Putin would allow Mueller to question them, in exchange for the US citizens he sees as responsible for the Magnitsky Act. A true Yankee Swap!

Deck The Halls With Indictments

“It is a proposal that was made in sincerity by President Putin, but President Trump disagrees with it,” she said.

But, staffers indicated that the President’s stress levels skyrocketed by the blank slate regarding Putin’s gift. It’s back to the drawing board, and he’s having a tough time thinking of a replacement gift.

Some staffers expressed confusion over why the President is worrying about Christmas gifts when it’s still the middle of summer. Especially when there’s so much else to worry about, including: kids in cages, the Supreme Court opening, his former lawyer’s tape recordings of their conversations, and so much more.

But others had more clarity.

“Trump finds it imperative that Putin know he’s going to get a knockout Christmas gift before the November Midterm elections,” said the staffer. “I’m not sure how the two things are related, though,” he continued, shrugging.

“There’s nothing quite like a Russian Christmas,” Trump is known to say frequently, with breathy wonderment. Some staffers note this is often his response to being told reports indicate that Russia has already started attempting to hack the 2018 Midterms.

“Russia doesn’t believe in Santa Claus,” a staffer recalled Trump pondering vaguely one day. “They believe in Dead Morals, like me,” he apparently said. 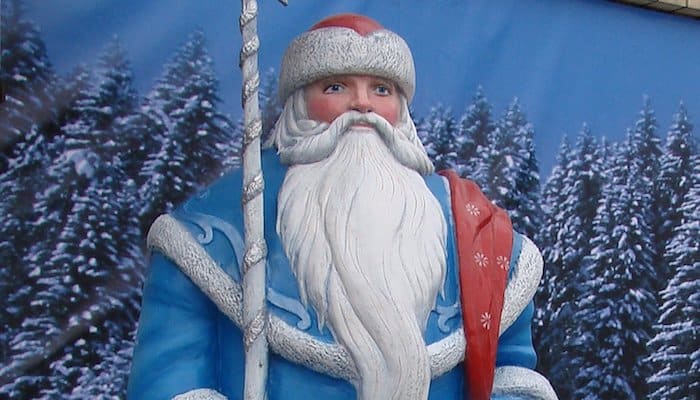 “I tried correcting him once,” another staffer said. “It didn’t go well.”