Racist Diners Banned From Steakhouse After Telling Waiter “We Don’t...

A racist couple have been banned from a steakhouse after the offensive note they left for their waiter went viral.

Khalil Cavil, who works at the Saltgrass Steakhouse in Odessa, Texas, served the customers their whole meal before discovering the intolerant note they’d left behind.

The pair had paid their $108 bill, but circed Khalil’s name (which is Arabic for friend) on the receipt and wrote “We don’t tip terrorists.”

Sharing the message on Facebook, Khalil said: “Last night at work I received this note from one of my tables. At the moment I didn’t know what to think nor want to say, I was sick to my stomach. I share this because I want people to understand that this racism still exists.

“Although, this is nothing new, it is still something that will test your faith. All day I’ve had to remind myself that Jesus died for these people too. I have decided to let this encourage me, and fuel me to change the world the only way I know how.”

Khalil chose not to name the patrons, but his employers released a statement saying: “We stand by and support our employee. Racism of any form is unacceptable and we have banned this customer from returning to our restaurant.” 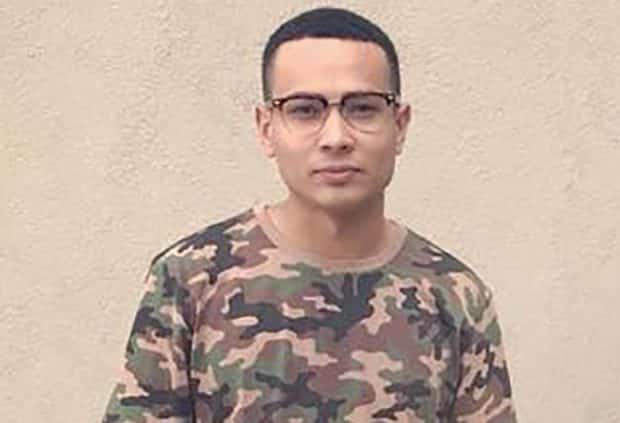 The Facebook post soon went viral, and has since been shared over 20,000 times. Some people have even donated money to Khalil to make up for the lack of tip, which Khalil is donating to his local church.

He has since added to Facebook: “Once again, I want to thank everyone for all of the loving support.

“Most of all I want to thank my family who has stood by me during this hectic week. I want to thank everyone who has messaged me over these past few days. ‘There has been so much support and encouraging messages that it’s been hard to keep up with all of them.

“But to all of the people who have sent me money I want to thank you as well. I want to make it very clear that this was never about the tip nor the money. It was about shedding a light on racism and sharing the love of Jesus.

“It was about igniting conversations because I believe real change happens when we start talking about the issue and acknowledging it’s there. So thank you to everyone who has invested in me over these past few days.”