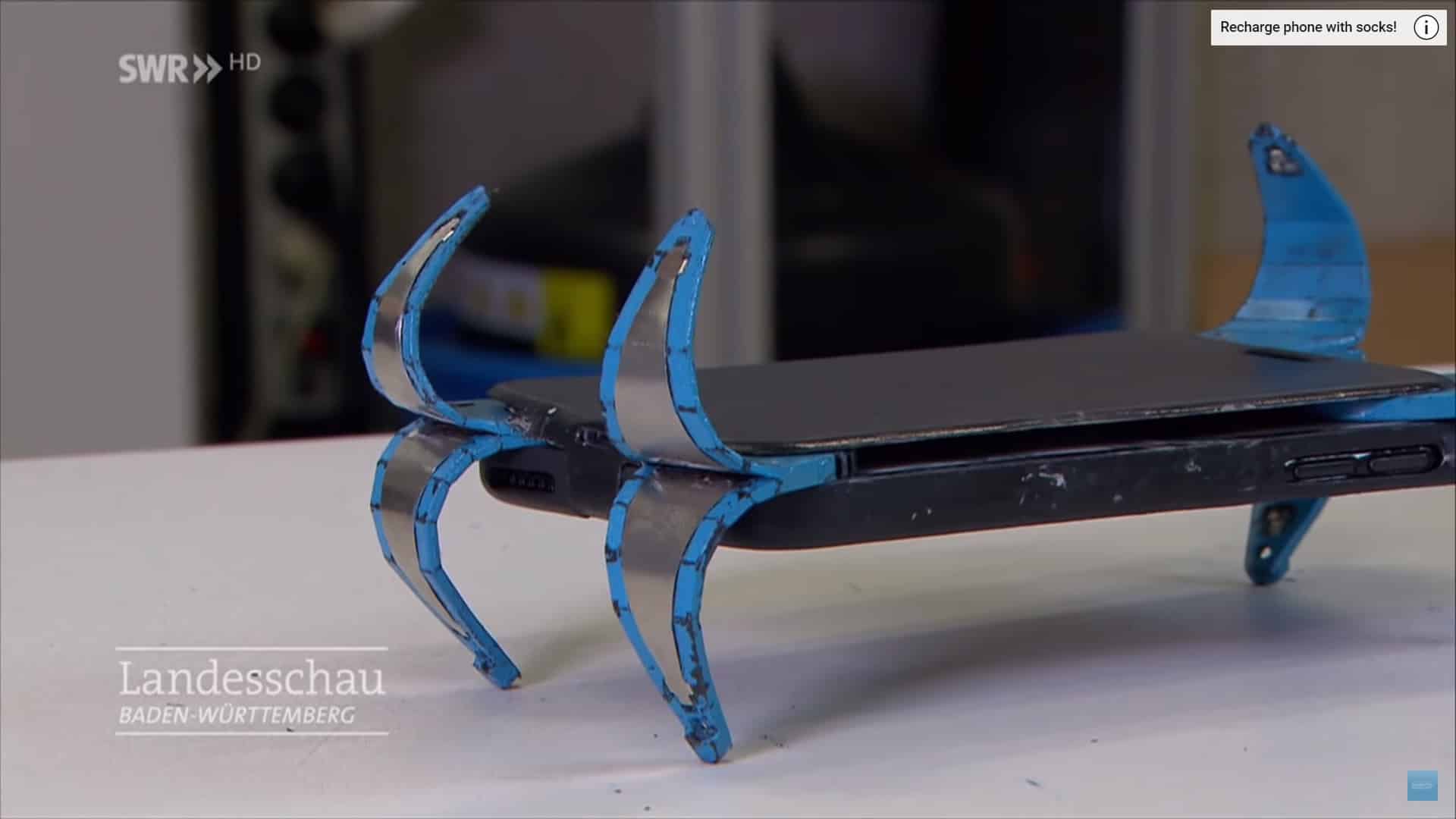 What is the deal with smartphones by the way? It seems their most glaring issue ever since the first generation of devices is still there: they are fragile. One accidental drop face-down on an asphalt road and you can kiss that pristine minimalism goodbye. They also bend like crazy. I miss the good old days of the tough as nails Nokia 3310.

The days of fragile smartphones may soon be over for us, though. One student named Philip Frenzel from Aalen University in Germany invented a case for the smartphones with reactive spring shock absorbers. These shock absorbers deploy the moment you drop your phone intentionally or accidentally. Watch them in action below.

How relieving it would be to hear a faint *boing* instead of a cracked phone screen or a chipped case. It is also a nice peace of mind, no more mini-heart attacks when your phones slip precariously from your sweaty hands.

The way Philip’s case works is similar to that of an airbag from a car, though that one has to detect a collision before deploying. Philp calls his invention “AD.” Sadly, it does not stand for ‘attention deficiency’ which can be a cause of phones being dropped accidentally, Philip’s AD means Active Dampener. As you can see, it deploys eight hook-like springs which absorb the impact of the collision between the device and the ground.

By the looks of it, it might also be viable for when you throw your phone at the wall out of spite. As for how much impact it can absorb and at what height or distance it is considered still safe, that remains to be seen. The invention is still in its testing phase and might still not be viable for uneven surfaces like, say, sharp rocks or corners. However, progress is being made and it may soon be available for public use, props to Philip!

Smartphones Explained As The Tiny Technological Miracle They Truly Are

The Ways Your Smartphone Is Programmed to Program You