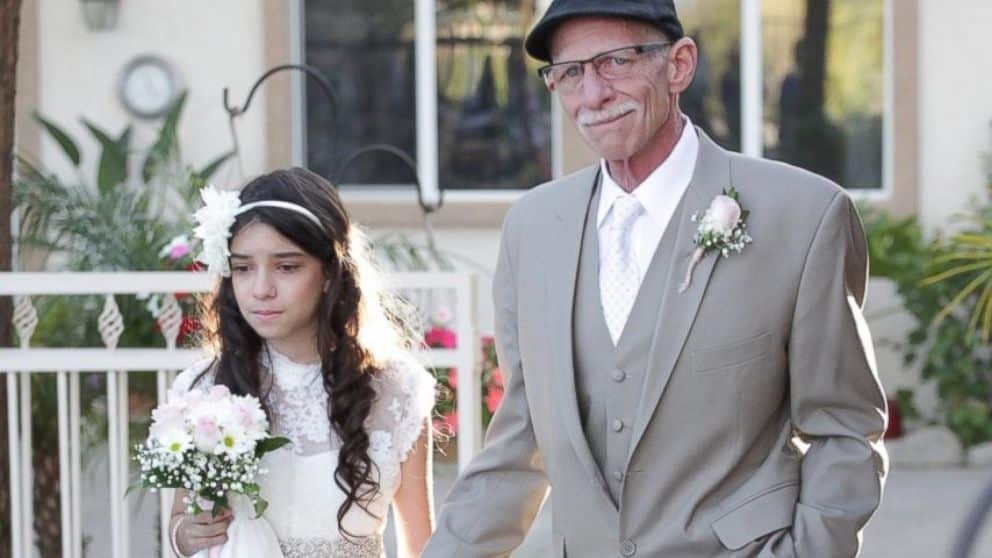 A 41-year-old man, who took an 11-year-old girl as his wife, rejected that it was an act of lecherousness as he had desired to marry her since she was seven.

“I knew Ayu (the 11-year-old) since she was small because we were neighbors, and I also taught her Al-Quran lessons. It was then I told myself one day I will take this girl as my wife and I did so four years later,” the man said.

The 41-year-old stated he was unsure what made him feel like marrying the child, but insisted it was not driven by lust.

The man expressed to BH Online that his marriage to the little girl in Kelantan had only stunned the outside world, as most of his friends and the villagers had agreed to the union.

The father of 6 children (one of whom is his kid bride’s best friend!) reiterated claims that he would not ‘touch her’ until she turned 16.

“When news of our marriage spread, only outsiders were shocked because most of the villagers and my friends knew about it for a while,” he was quoted as spewing.

“I realized many are scolding and criticizing me but they are outsiders who don’t know me or Ayu’s family,” the man added.

The man too hoped all 3 of his wives would live together in peace and harmony. Yet, all three wives have not met as he sought to “protect his first and second wives’ emotions”.

“I promise to steer our household well. Stop insulting us, but instead pray for our happiness together,” he remarked.

Bride Cuts Off Chastity Belt, Internet Turns It Into A Meme

Boston Marathon Survivor Marries Nurse He Met At The Hospital