Americans Were Challenged to Find Any Country on a Map...

Well, this is a bleak reflection on the US school system. This week talk show host Jimmy Kimmel asked his fellow Americans to name any country they could on a map of the world, and let’s just say it didn’t go well, with some participants unable to plot even one nation correctly (including their own).

The viral video was taken from one of the weekly segments on Jimmy Kimmel Live!, in which his team ask the public seemingly easy questions, usually with comical and/or embarassing results. This Saturday’s topic was in response to Donald Trump’s European tour, in which the president himself struggled to correctly identify one of the countries he visited.

Introducing the clip, Kimmel said: “It’s imperative that America has strong relationships with and knowledge about people in other lands. 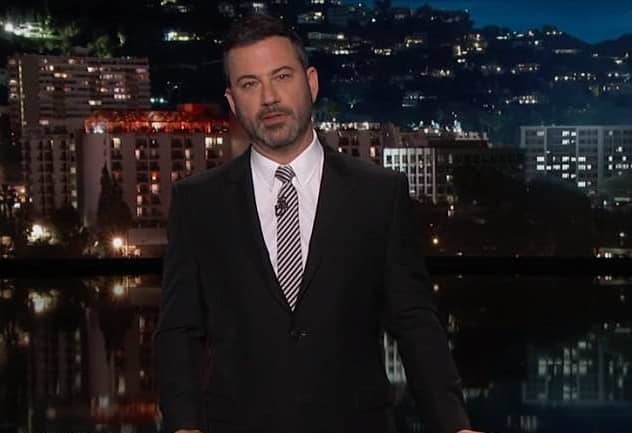 “And that responsibility extends to all of us, not just the president. So we came up with a test. The test is very simple. We went out on the street and asked people who were passing by to name a country on a map. That’s it.

“We had a map. We said name a country, any country. And here’s how that went.”

From Kimmel’s tone, it was clear that the public were not up to the task, with the results edited into a video that is both hilarious and depressing to watch.

“Honestly, my geography’s so horrible,” says the first contender almost immediately. “I can’t name anything. Like nothing.” 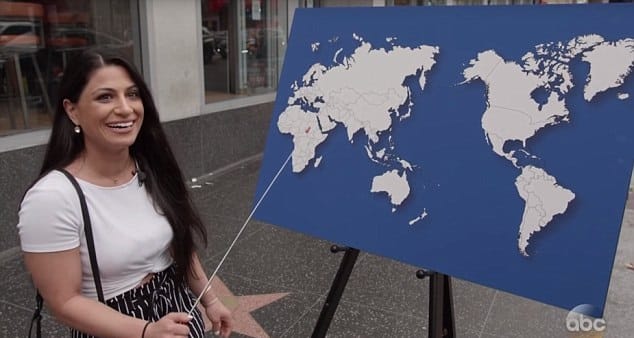 And it turns out she was right, using a pointer to incorrectly identify South America as South Africa.

While another challenger failed to realise that Asia and Africa are continents, not countries, after once again pointing in the wrong place.

A third questioned was also unaware that Africa was a continent, and when asked to name a country in Africa, replied with: “Who knows stuff like that?” 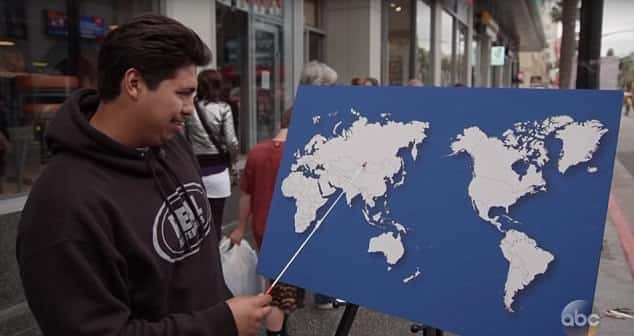 Fortunately, a kid came to the rescue, effortlessly naming multiple countries with ease, from Columbia to Papa New Guinea.

“Oh thank God,” said a relieved Kimmel. “If you didn’t believe that children are our future before, now you do.”

Watch the clip below, and prepare to feel smart.