Republicans passed an amendment last week that would allow adoption agencies using federal funding to deny LGBTQ couples that ability to adopt children using their services. Alabama Rep. Robert Aderholt introduced the bill, claiming the reasoning for the amendment was to protect “organizations, based on religious conviction, [that] choose not to place children with same-sex couples.”

Nearly half a million children are currently in foster care. That number has increased every year since 2012.

Although denying children adoption into the homes of loving parents certainly seems contradictory to typical religious ideals that normally include concepts of “love” or “compassion,” House Republicans voted in near-unison to back the amendment.

Meanwhile, the chaos at the border continues, with the Trump Administration’s devastating Zero Tolerance policies still causing devastation. Nearly 3,000 children still await reunification with their parents, after their forceful separation by immigration authorities. When it first came to light, the situation drew ire, particularly over the prison-like conditions the migrant children endured.

Given the lack of planning, there are children who might never reunite with their parents, some of whom the government already deported. And among those who are fortunate enough to reunite, lasting scars might never fully heal.

But if a same sex couple wished to adopt one of these children forever torn from their families by the Trump Administration’s policies, Republican leaders would like to defer to their religious principals. Keep the kids in the cage. It’s what Jesus would want.

The purpose of the amendment is to secure religious organizations’ right to freely discriminate. The amendment itself isn’t meant to allow discrimination. At least according to its writer.

In a public statement, Aderholt addressed that the real tragedy is discrimination against organizations by not allowing them to discriminate. 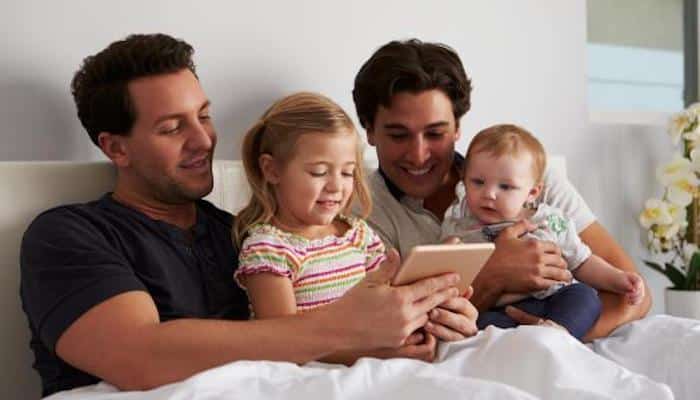 “[S]everal states and localities across the country are not allowing religious organizations … to operate child welfare agencies. The reason for this is simply because these organizations based on religious conviction, choose not to place children with same-sex couples.” he said in a statement.

Furthermore, Aderholt stresses that there is no way the amendment could be considered harmful discrimination against LGBTQ couples. They could simply seek another adoption agency, he points out.

In order to ensure all states fully enact the amendment, Aderholt included a requirement that the Department of Health and Human Services withhold 15% of federal funds for child welfare services from states and localities that do not support agencies which discriminate against LGBTQ couples.

After all, the best way to serve children in foster care who cannot be adopted by loving same sex couples is to further remove funding from the services that support and protect all children. It’s one of Jesus’ most famous speeches (verse not found, but it’s in the Bible somewhere).

Won’t Someone Please Think Of The Children

At one facility in South Texas, the children must wake up at dawn. They must clean toilets and scrubs sinks, without gloves. Then they can wait in line to receive their breakfast. They must not touch any of the other children, even if that child is their own sibling.

At another detention center in Chicago, doctors inject children with drugs to make them sleep if they misbehave.

Many of these children have no idea what happened to their parents. They collect letters they’ve written themselves, in the hopes that one day they’ll be able to mail them.

Although the courts demanded the government must reunite all children under the age of 5 with their parents by July 25th, the Trump Administration only guarantees 38 of the 100+ will be reunited in time.

There are a number of supplied reasons to delay reunification for the remaining children. Vetting may be ongoing, for one. For another, their parents might still be detained in criminal custody. And in the case of twelve toddlers under the age of five, their parents had already been deported. 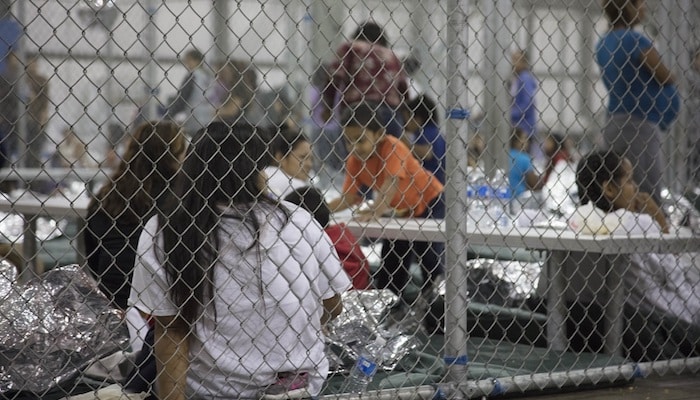 And for the thousands of children over the age of five, uncertainty is a strenuous weight. With even less rigorous documentation and procedures for the older children than the hardly-passable ones utilized for toddlers, the future may seem bleak when it comes to rejoining their families.

In fact, some detention center employees told the children they’d be there forever.

Despite the well-publicized torturous conditions thousands of children endure because of the entirely avoidable crisis on the border, Congressman Robert Aderholt displays little concern for the fate of these innocent kids.

On the contrary, the only mention of the crisis on his Twitter is a tweet condemning news media for using the viral photo of the young girl crying, despite the girl not actually being one of the children who experienced separation. Beyond that, there’s no concern for the children whom detention center employees dragged along the ground for staying too long on the soccer field. There’s no mention of the five year old boy repeatedly drugged against his will to control his fits.

“I was very scared,” said one boy in the detention center, “I thought they were going to inject me, too.”

And neither does Aderholt seem worried about the lasting trauma the children will experience even if they are fortunate enough to see their families again.

When one young girl reunited with her mother, she did not seem to recognize her as she shook and shouted. Even after her mother threw a Frozen-themed party for the child, the scars of the previous experience remained clearly visible.

A brief, innocuous separation in the form of steps-to-the-side sent the young girl screaming, “You don’t love me. You don’t want me.” She also expresses a constant fear of being sent back to the detention center, despite reassurance.

But still, Aderholt has nothing to say regarding any of that. Far more important is protecting children with no families from the danger of adoption into a warm, loving home. Indeed, Aderholt emphasizes his pride in the passing of his amendment intended to most effectively deny LGBTQ couples the right to adopt children. 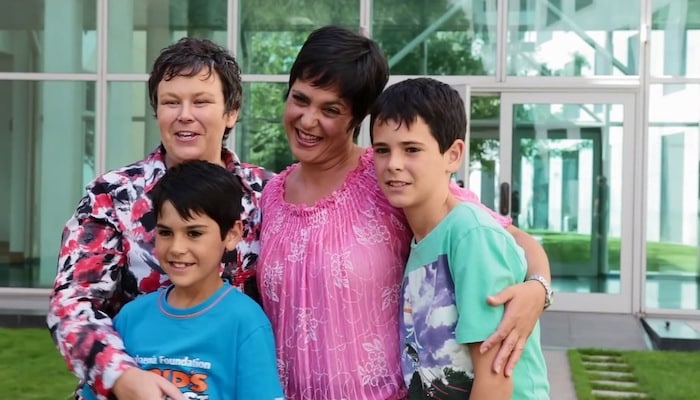 And if the worst happens? If these migrant children remain estranged from there families forever?

If, say an LGBTQ couple wanted to adopt one of these children ripped from their families who came here seeking asylum?