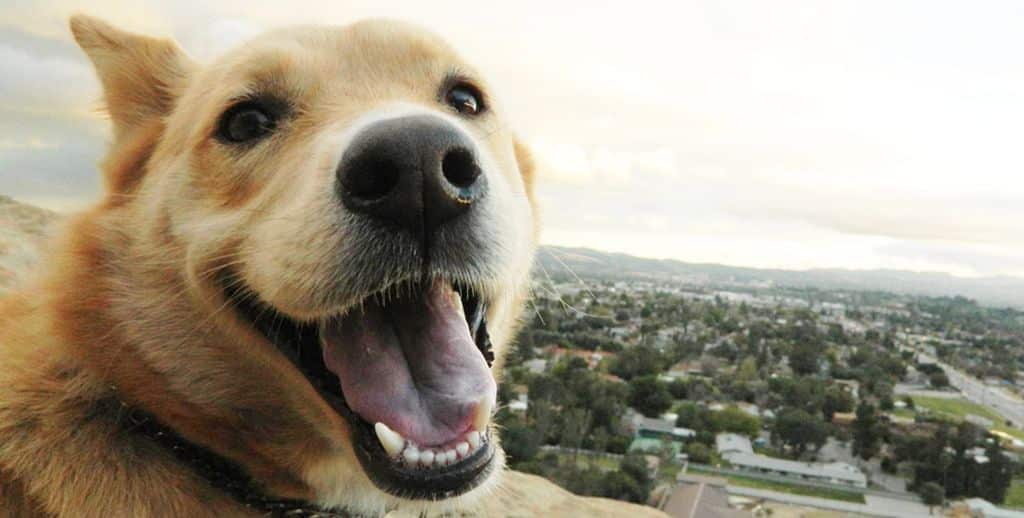 There are plenty of good boys out there but there are never candidates for the best boy ever. Now we may actually have one and the dog is from the Philippines in a place there called Tagum City, Davao del Norte. A Facebook video from that area suddenly became a viral sensation after a peculiar scene on the road was spotted.

In the said video, a mixed-breed dog was seen pushing the wheelchair of a paraplegic man towards their supposed destination. Watch the heartwarming video below.

Straight out of the movies that one, someone call Hollywood, we got the spiritual sequel to “Hachi: A Dog’s Tale.” The man with the wheelchair is named Danilo Alarcon and his loyal helper and companion he named Digong, after the current Philippine president. Danilo has had Digong ever since the latter was just a puppy. Their bond goes back months ago, seven to be exact, which is Digong’s age.

The thing is, Danilo did not even expect that Digong would help him in that incident. Danilo was just having a rest when Digong surprised him by getting off his lap and helping him push the wheelchair. It’s like the dog can sense what his owner is feeling, what did we ever do to deserve such loyal creatures.

As for Danilo, he got paralyzed and couldn’t walk or stand anymore because of a motorcycle accident. Danilo treats Digong now like a son because he is with him wherever he goes. The man would like everyone to know that even dogs have deep emotions. Digong is certainly no exception to this.

Dog Rescue Nearly Failed After Spaniel Falls Over Cliff, Refuses to Be Rescued

Seems it was just like yesterday when we all fought over and hoarded HEAPS of toilet paper for no reason at all. All the memories are rushing in as the US suffers from a gas shortage. As expected, gas shortage memes are everywhere to bring light to our currently sad situation. Along the US east… END_OF_DOCUMENT_TOKEN_TO_BE_REPLACED

Israel’s Iron Dome has protected the country against missile attacks for years. The Iron Dome in Israel is the biggest of its kind in the world. No other countries in the world use the same air defense system, meaning it is one of a kind. The tension between Israel and Gaza has been going on… END_OF_DOCUMENT_TOKEN_TO_BE_REPLACED

The world is devastated by the news that Britain’s Prince Philip, the Duke of Edinburgh, has died at the age of 99. Palace media confirms that the Duke has expired mid-day today, April 9th. The announcement did not contain any specifics on the cause of death. The United Kingdom will enter a state of national… END_OF_DOCUMENT_TOKEN_TO_BE_REPLACED