National Roundup of Latinos to Play “Is This Your Mommy?”...

Well, it turns out that ICE lost a ton of parents. And lost as in “has no clue about their current location.” These folks might in another detention center, they might have been forcibly shipped back to their home country, or they might be repeatedly coming to the detention center where they were first held in hopes of being reunited with their children.

ICE literally has no idea, and made no plans for reuniting families after detainment was over. That’s what happens when you’ve got a detainment boner. You don’t think about plans for doing other things afterwards. The detention boner just overtakes your ability to think about the future until you’ve detained someone.

So what are we going to do with all these kids? ICE clearly doesn’t want them. They just wanted to detain them for initial kicks. But now that the initial rush has passed, what should they do next? As B.B. King famously sang, “The thrill is gone away from me/Although, I’ll still live on/But so lonely I’ll be/The thrill is gone.” And now that ICE has lost their special child kidnapping mojo, they have to figure out what to do with the societally inconvenient minor children that they’ve locked away.

They’ve got to give them to someone, after all. ICE isn’t really equipped to manage kids. We would end up with a million Mr. Moms (Mr. ICE?) if we tried. Here are some options we might suggest for getting the kids out their hair:

Playing “Have You Seen My Cat” with All The Latinas

ICE might decide, hey, let’s just collect all the Latinas in the country and make all the kids look at them until the glint of recognition dawns in their childish visage. What’s that you say—not all the children came with a female caregiver? Impossible! That flies in the face of my stereotypical understanding of immigrant families!

Oh, but you envision another problem: ICE probably thinks all people with brown skin look the same. They do operate with all the racial understanding and subtlety of a King Kong movie, after all. So they’ll just show the same picture over and over again until the kids give up and “Okay fine, that’s my mom I guess?” 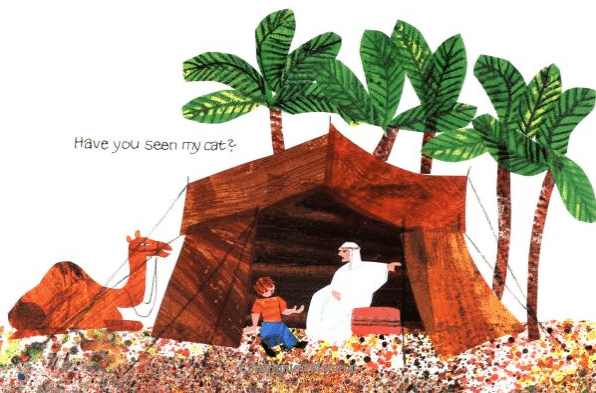 Of course, the obvious solution is staring us all in the face. Why can’t we just stick these kids with any old families? If all immigrants look the same (duh, you librul dumb-dumbs) then they are the same! And the kids will never know the difference. And the moms will never be able to tell either! Just slap them together pell-mell and I’m sure it will sort itself out in the end.

It’s absolutely certain that this will work. There is nothing about this plan that could be flawed. All families are the same, all Latinos are the same, and no one will possibly care about the consequences. Well, at the last part is sadly true: if black folks in Flint still doesn’t need clean water, brown kids don’t need the right family I guess.

Here’s the kicker to this whole kerfuffle: Trump will soon do something that will totally overshadow any of this. He’ll have Kim Jong-un over for dinner, kiss Putin directly on the lips, or get indicted for something terrible. And just like the water crisis in Flint or the many, many crises in Puerto Rico, people will very quickly stop caring.

This will become something that, in six months, people will snarkily remind you about on Twitter. “Just a friendly reminder: there are still kids being detained by ICE who don’t have families to go home to.” Maybe people’s kids will hold up posters saying the same thing on Facebook. We’ve done this so many times at this point that the reaction isn’t even funny: it’s too obvious to be funny.

As our nation lurches from crisis to crisis, I sit here eating Starbursts by the handful and wondering when something bad enough will happen to stick around. I’m beginning to expect that the answer will be literally never.