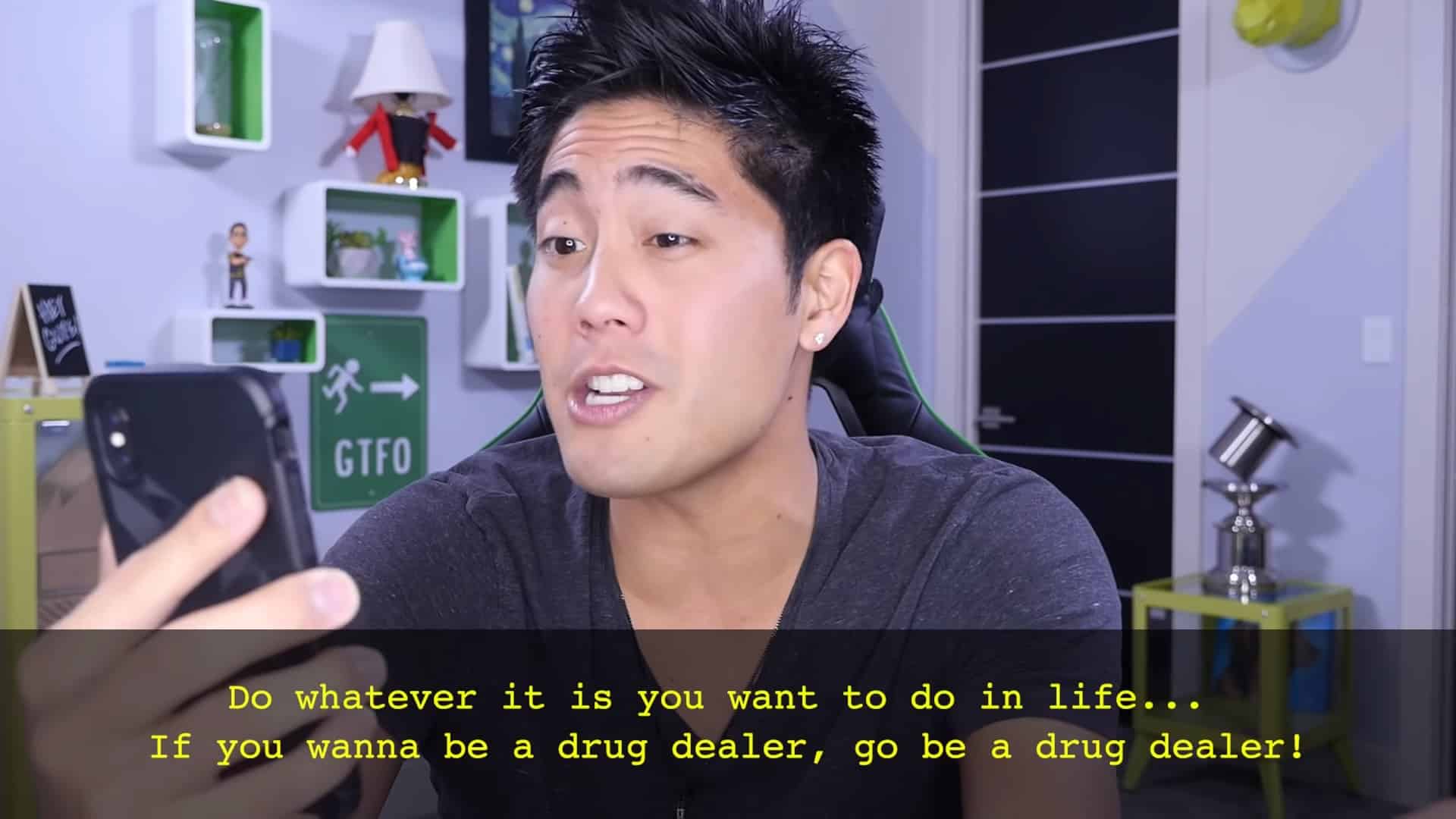 Ah, July, that time of the year where a lot of people walk towards the stage wearing togas and cumbersome academic caps. At least that is the case for high school students. Then there are the inspirational and 120 percent dedicated high school graduation speeches which can be very easy to relate to if you are an honor student.

However, one guy from YouTube thinks that these sort of High School speeches are not for everyone. Ryan Higa or otherwise known as nigahiga from YouTube thinks honesty is better than unrelatable inspirational fluff. So the guy makes a point with his own video and his own version of a high school graduation speech. Check out what he has to say below.

Gotta say, using Super Saiyans to inspire people is downright effective. Doesn’t his speech make you want to go back to high school and re-experience graduation? Or convince you to watch Dragon Ball at least?

While some of Ryan’s points were quite questionable, such as being whoever you want, even if you want to be a drug dealer, a lot of it does make sense. It is not entirely remote that some students feel depressed or even suicidal after incurring the stress of school. Still, Ryan’s speech version can be a lot more relatable for people.

Who needs actors when you can just sit in a chair and act out every individual person yourself!? We do… We need actors… #neveragain #butprobablystillwill

It is actually a proven fact that intrinsic goals such as trying to achieve happiness make people less stressed. This is compared to extrinsic goals such as money, status, or property. Ryan’s graduation speech and opinions on life do seem to tackle this a bit. So take heed new high school graduates, don’t forget why you are working hard!

Student Gets Banned from Graduation for Selling School on Craigslist, ACLU Fights Back

Recent trends have reported that K-pop fans in the US are getting mixed in with current issues in politics. K-pop fan communities are using online platforms to rally up and protest against racism in the United States. In support of the #BlackLivesMatter movement, the online K-pop community has come together in protest. Never has it… END_OF_DOCUMENT_TOKEN_TO_BE_REPLACED

Just this week, lawmakers approved a bill establishing the District of Columbia (D.C.) as the 51st state of the United States of America. This is after multiple calls and protests from the citizens to finally consider D.C. as a state.  However, the bill is not out of the woods yet as it faces multiple oppositions… END_OF_DOCUMENT_TOKEN_TO_BE_REPLACED