Watch Trans Men Audition For Scarlett Johansson Movies in This...

Last week, Scarlett Johansson caused a furore once again over her choice of movie role. Last year, the star offended fans by taking on the lead role of Major in the live-action adaption of Japanese manga the Ghost in the Shell, a role many felt was meant for an Asian actor. Now, she’s teamed up with the film’s director Rupert Sanders to p*ss people off in 2018, in a new movie where she plays a trans man.

The film, called Rub and Tug, is the story of Dante “Tex” Gill, a massage parlour owner in 1970s Pittsburgh who was born female but lived their life as a man.

Unsurprisingly, many reacted to the news with ire, and accused the director of erasing trans actors with the move.

Oh word?? So you can continue to play us but we can’t play y’all? Hollywood is so fucked… I wouldn’t be as upset if I was getting in the same rooms as Jennifer Lawrence and Scarlett for cis roles, but we know that’s not the case. A mess. https://t.co/s8gBlBI1Sw

Actors who are trans never even get to audition FOR ANYTHING OTHER THAN ROLES OF TRANS CHARACTERS. THATS THE REAL ISSUE. WE CANT EVEN GET IN THE ROOM. Cast actors WHO ARE TRANS as NON TRANS CHARACTERS. I DARE YOU #RupertSanders @NewRegency #ScarlettJohansson https://t.co/RkrW8MeGcG

Johansson’s response to the backlash just made the situation worse. In a statement, the 33-year-old’s rep cited other cisgender actor’s that have played trans people as justification for taking on the part. They told Bustle: “Tell them that they can be directed to Jeffrey Tambor, Jared Leto, and Felicity Huffman’s reps for comment.”

Fortunately, the trans community have reacted to the slight with dignity and humour. Trans performers Justin Chow, Scott Turner Schofield, D’Lo, and Rocco Kayiatos have put together an hilarious video in which they take turns auditioning for Johansson’s famous roles, from Ghost World, to Her, and The Avengers franchise.

The video was shared to YouTube by Into, an LGBT Publishers, and has more than 30,000 views so far.

After auditioning for Her, Schofield is offered the role of Samantha by an impressed director, who says: “Great, we loved your read on this, we’re really impressed by your audition, and we’d like to offer you the role.”

Schofiled is surprised to discover he’s just auditioned for a female part, responding with: “Wow – wait, is this a female role?” to which the director replies “Yes, this is for a white female.”

Schofiled then turns down the offer, because “cis women are really marginalised in Hollywood.” 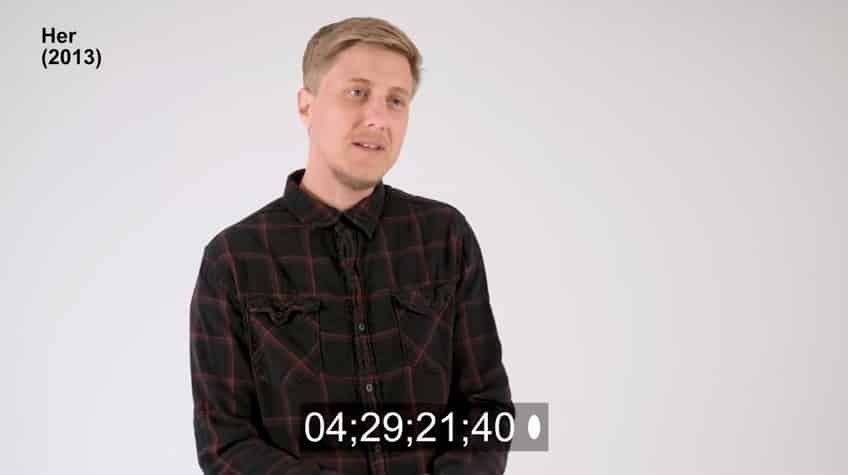 “Uh, sorry, I’m just having a lot of trouble because cis women are really marginalised in Hollywood, you know?

“I know there are people who have lived this experience who bring a lot of authenticity to it and I feel a little weird taking that from them.

“Thank you so much for the opportunity, and, no thanks.”