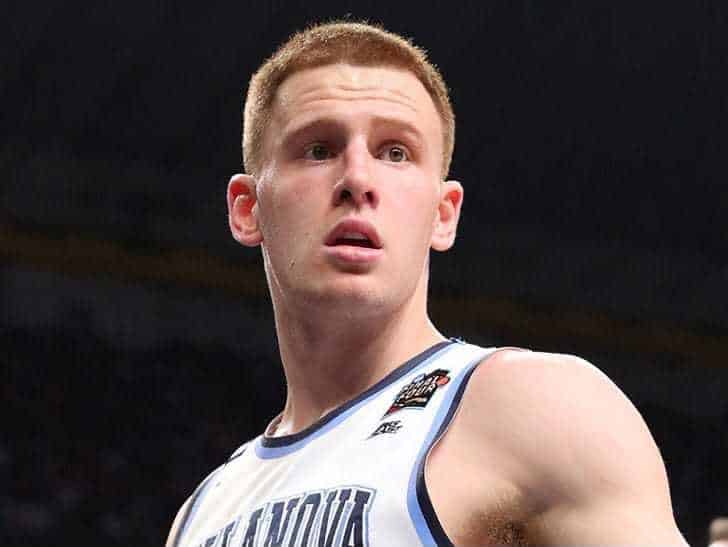 Via Instagram, NBA rookie Donte DiVincenzo, showed his teammate D.J. Wilson a screenshot of his checking and savings accounts, combining for $3.71.

Donte DiVincenzo could reaaaaaally use that first paycheck, @Bucks.

DiVincenzo can be seen here holding up his cell phone revealing his current bank balance of $3.71. Why is he so happy though?

Well, the Milwaukee Bucks rookie has every reason to smile. Although his bank accounts total up to less the four dollars presently, DiVincenzo is slated to make about $2 million as a rookie and at least $4.4 million over his first two years in the NBA.

The 21-year-old Villanova star has yet to officially sign his rookie contract with the Milwaukee Bucks, however when he does, he will be owed $2.5 million for the upcoming season and at least $5.4 million guaranteed over the next two years.

Though that’s nice, NBA rookies do not see their first paychecks until Nov. 15, so he’ll either have to stretch that $3.71 thin over the next five months or borrow a few c-notes from his teammate(s)! Ordinarily NBA rookies are given loans, often with the assistance of their agents, in between the NBA Draft and the arrival of their first pay stub.

DiVincenzo won the the Final Four‘s Most Outstanding Player award following a 31-point performance in the Wildcats’ title game victory over Michigan. In June, he went 17th overall to the Milwaukee Bucks thanks chiefly to his superior effort at the NBA Draft Combine, where he posted the top vertical at 42 inches.