Alone in his cell for 23 hours a day, Paul Manafort has a lot to think about.

Facing multiple indictments from Special Counsel Robert Mueller, Manafort must soon confront the reality of his charges. Among them: conspiracy against the United States, acting as an unregistered foreign agent, financial fraud, and most recently, witness tampering.

Indeed, it was that latest indictment that landed Manafort in a proper jail cell. Previously, Manafort enjoyed the interim period between the indictment and court date from the comfort of his condo. Though, he required two GPS-tracking ankle bracelets to ensure he didn’t flee the country. When he abused his relative freedom by attempting to shape the accounts of two witnesses, the judge quickly moved to remove him from the public sphere.

To make matters worse, he’s stuck in solitary confinement 23 hours of the day, according to his lawyers.

How does the day pass for a man locked away in isolation, with an impeding trial that will decide if he conspired against his own country?

Does he reflect on his accusations, his crimes, does he repent or feel remorse?

There doesn’t seem to be any indication that such is the case.

However, sources indicate he’s spent a lot of time thinking about the last season of ‘Lost.’

And he finally understands it.

Man Of Science, Man Of Faith

When Paul Manafort lied on his couch in May of 2010, he eagerly tuned into the series finale of ‘Lost.’ Heart racing, he couldn’t wait for 6 seasons’ worths of mysteries to unfold delicately before him, every burning question revealed in precisely the way he imagined they would.

What was the Harley Bird?

What was the deal with Walt?

Who were those weird ghosts in Jacob’s cabin?

Seriously, what was up with those numbers?

Manafort could hardly believe that in just a little over an hour and a half, the show would answer all of these questions he’d been asking for years. He wasn’t sure how they would pull it off, but he was certain they would. After all, the writers swore that the entire show had been carefully planned, leading up to its ending.

But when those 104 minutes concluded, Manafort silently turned off the TV, immersing the room in total darkness. Then he rolled off the couch, into a little ball, and stayed there for a long time.

And now, eight years later, he does the same in his jail cell. Except this time, something clicked. 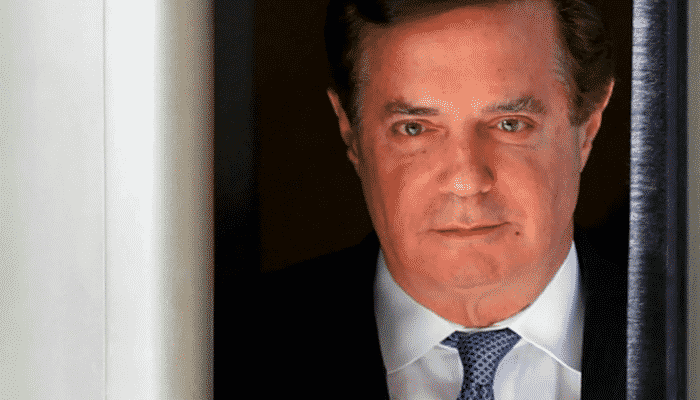 “The Flash Sideways didn’t mean they were dead the whole time! The island wasn’t purgatory!” he suddenly realized. “They just suggested that each character died in their own time, existed in a limbo state united by an ambiguous temporal fabric, and eventually reunited in the afterlife!”

With his epiphany, Paul Manafort revels in a sudden, overwhelming peace.

And a part of him wonders, maybe if he hadn’t been so angry at the ‘Lost’ finale — based on his misunderstanding of its narrative implications — he wouldn’t have committed all of those crimes.

During this rumination, the memory of his former business partner and mentee, Rick Gates, stings numbly. Earlier this year, Gates pleaded guilty to Mueller’s felony charges of conspiracy and making false statements. Presumably, he will testify against Manafort in the upcoming trial, wherein he will admit to hiding tens of millions of dollars from the US government. They used the money for lobbying work on behalf of Ukraine.

Manafort’s heart flutters with regret. The man he is now — a man who understands the ending of ‘Lost’ — never would have acted as the unregistered agent of a foreign government.

‘Lost’ opens with Jack Shepherd opening his eye. It ended with him closing it.

Would that, too, be Manafort’s fate? The closing of an eye? A country turned against him, while he’s locked away, and the world continues spinning on its axis as he’s quickly forgotten? Manafort shudders.

Suddenly, he sees the black smoke monster, a recurring villain throughout each season of ‘Lost’ spiraling throughout his cell. 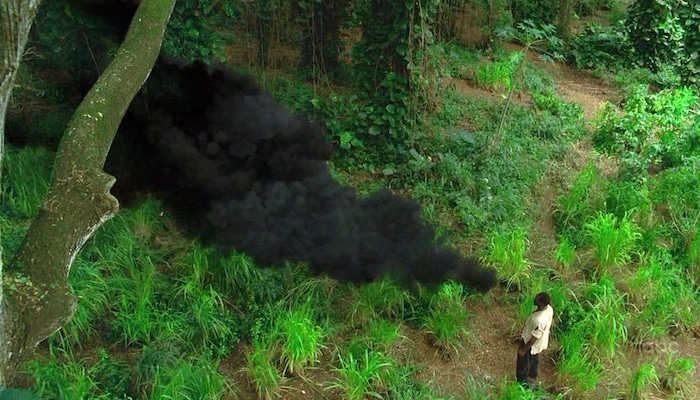 “Absolve me!” Manafort cries at the dark mist, which continues spinning like bathwater circling the drain.

But just as quickly, the smoke monster is gone. Like all hope.

“There’s no escape,” Manafort tells himself, staring at the four walls of his cell within Northern Neck Regional Jail’s VIP section.

“And there’s no running from your crimes,” says another voice that Manafort thinks might be the large, lovable ‘Lost’ character Hurley.

As of yet, Mueller’s indictments do not reflect Manafort’s participation in Trump’s presidential campaign. Of course, the former campaign chairman sat in the now-infamous “Trump Tower Meeting,” which included Donald Trump Jr., and Russian officials who promised dirt on Hillary Clinton, in exchange for the removal of Russian sanctions (stated obliquely by referring to the Magnitsky Act).

In what seems like an eternity later, so far away, on the 23rd hour of this day’s solitary confinement, Manafort allows himself to remember that day.

“Bill Browder,” he remembers writing in his notes from that meeting.

It all comes flooding back, as if the nuclear bomb from the fifth season of ‘Lost’ exploded in his memory. 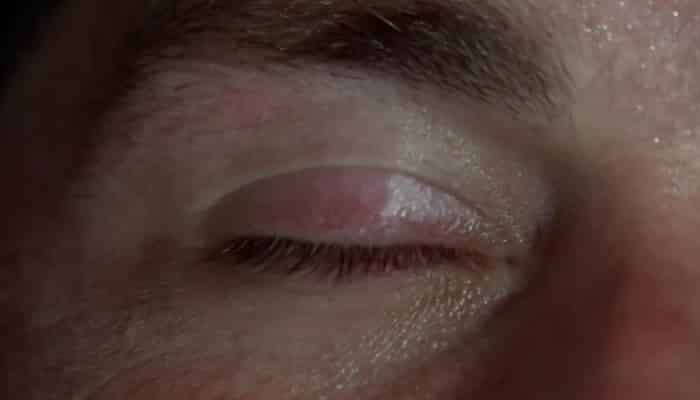 Though Manafort was approved to move facilities to a location closer to the courthouse (per his request, previously), Manafort’s attorneys now state he would like to remain in the Northern Neck Regional Jail.

A source says that he would like to remain in the cell “Where everything made sense,” though the source was not sure what Manafort meant by that.