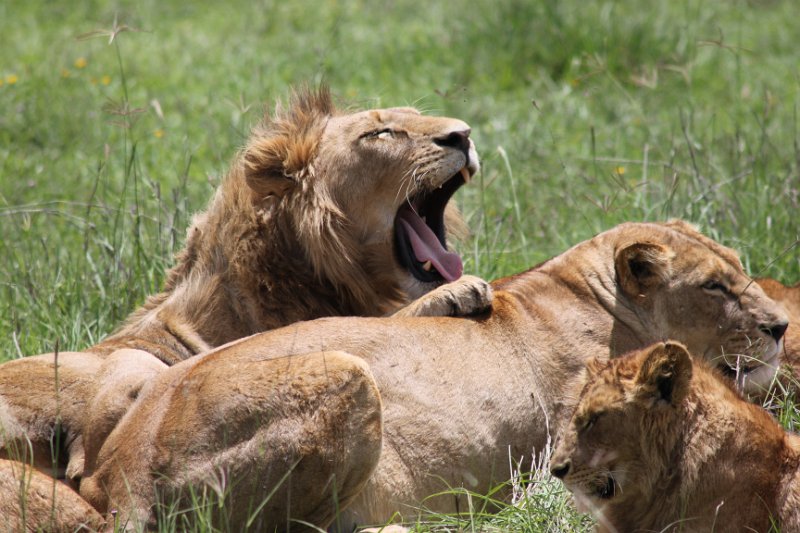 At least two supposed rhino poachers, perhaps even three, were mauled to death by a pride of lions this week on the Sibuya Game Reserve outside Kenton-on-Sea.

The devastating news was unveiled by reserve owner Nick Fox following the finding of human remains in the lion camp on the reserve earlier this week.

A hunting rifle with an attached silencer, wire cutters and a long axe were recovered at the scene by police.

“Judging from the shoes and items found on the scene, I suspect it is about two or maybe three (alleged poachers) who were killed. The remains were scattered over a very wide area making it difficult to comb the scene and get all the evidence,” Fox said.

Fox stated the discovery was made after the Anti-Poaching Unit Dog began barking while on patrol.

The reserve owner added that he presumed suspected poachers had entered the reserve on Sunday night or early Monday morning.

“The dogs’ reaction was then followed by a commotion coming from the pride of lions. On Tuesday afternoon we were then alerted to a skull that was seen near the lions,” said Fox.

“I went to investigate together with the anti-poaching unit. Because it was too dangerous to get out of the car, we could not examine the scene as the lions were close-by. What we did see is the rifle on the ground as well as food, mainly bread, scattered everywhere. Human remains were also clearly visible.”

“They were obviously poachers. The axe that was found on the scene is what is used to by these poachers to hack off the horn after they kill the animal. Judging by the number of shoes and evidence on the scene, I estimate at least two or maybe three were killed.” Fox continued.

“It is huge relief that they did not get to the rhino(s). We had a poaching around this exact same time two years ago. The firearm has been taken by police and will be sent to the ballistics laboratory to establish if it has been used in any other poaching or crimes.”

The Michelle Obama Podcast was released on the 29th of July and can be streamed on Spotify, both for free and premium users. The world is currently hyped that the Former First Lady of the United States has released the first episode of her latest podcast. What made listeners even more excited was when she… END_OF_DOCUMENT_TOKEN_TO_BE_REPLACED

Research in Britain has deduced that there are a total of six “general” classifications of COVID-19 symptoms. The research, originally published in June of 2020, has revealed that the symptoms of COVID-19 can be generalized into six different categories. This is based on the data collected from a symptom tracking app. It has been widely proven… END_OF_DOCUMENT_TOKEN_TO_BE_REPLACED