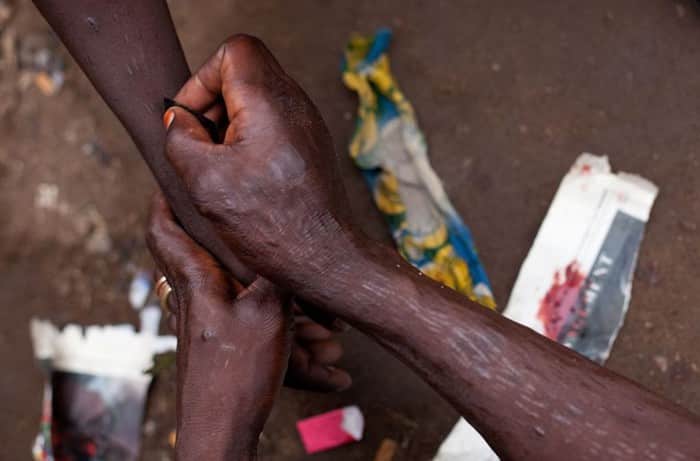 A self-styled conventional healer in Nigeria has perished after one of his customers tested his “bullet-proof” charms on him.

Chinaka Adoezuwe, 26, was shot dead after instructing the client to shoot him as he was donning the charms around his neck. The native practitioner instructed the male to fire the weapon at him to prove effectiveness of the pendants.

The tragic event occurred in the country’s south-eastern state and law enforcement says the shooter has since been arrested on suspicion of murder.

“A young man had gone to [the healer] to prepare bullet-proof charms for him, which the native doctor did,” a witness spoke to the Punch newspaper. “To prove the efficacy of the new charms, [he] positioned and handed over a gun to his customer. Tragedy struck.”

Charms are very popular in Nigeria, where traditional doctors are consulted for cures for a variety of maladies. However, there have been numerous reports of individuals being killed after testing out “bullet-proof” medicines and charms.

Back in January, a traditional medicine vendor was arrested after a man drank a “bullet-repelling” liquid and was shot dead afterwards. The seller in north-western Nigeria allegedly ensured the man that he ‘could not die’ if he was shot.

In all seriousness … nothing, absolutely nothing can turn you into a bullet-proof being! Aside from wearing bullet-proof tactical gear (e.g. ballistic vest, bullet-resistant helmet, etc), if you get shot at, bullets WILL hit you guaranteed and they will hurt A LOT!

Stay safe out there everyone.